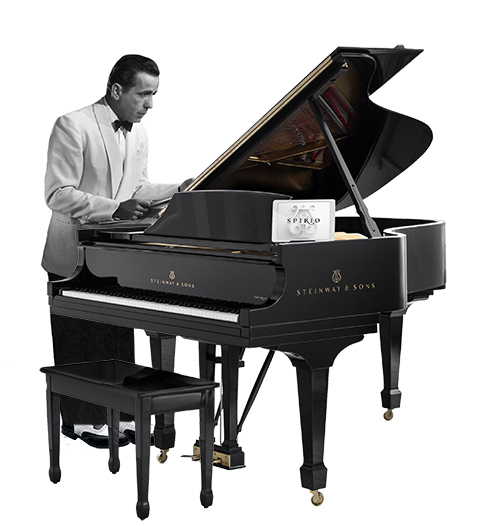 Many experts say it could be as soon as 30 years when machines will be capable of doing almost any job that a human can.

Globally honored musician Leonard Cohen once wrote, "Music is the emotional life of most people." Music is a universal language; the poetry of the soul. We experience this when we listen to a live concert pianist's fingers glide over the 88 keys of a Steinway piano; when we see their body movements; their feet placing the perfect pressure on the peddles at a precise moment in time. Somehow, the feeling and sentiment of one rendition of Rhapsody in Blue is never quite the same as another. But what if it wasn't a live human producing the performance? What if the poetry of the soul was read back by something without a soul - the piano itself?

Enter Spirio, by Steinway and Sons. Making unparalleled advancements in the player-piano experience, Steinway & Sons Spirio may be proving that the future is closer than we ever expected. The possibility of a personal concert available now! From pianissimo to fortissimo, from the smallest brush of the foot pedals, no note or sound or nuance goes uncaptured by Spirio's technology. The Spirio is a player-piano that is already competing with the most accurate productions of your favorite live performances - with only the touch of your iPad. So - just imagine where this monumental leap in technology might take us next. One day will we be able to teach computers to play the piano on their own? Will the great interpretations of Beethoven, Liszt, Bach, Mozart, and Mahler be performed by machines? In my interview which follows, Michael Sweeney, CEO of Steinway & Sons, discusses the specific capabilities of the Steinway and Sons robot pianist, Spirio, and shares his perspective on what Spirio and future versions of Spirio might mean for professional piano players. Is the concert pianist another job that can be automated and substituted by artificial intelligence, or will it work with talented pianists and change the way they as creators, and we as listeners, interact with music? This is something I suspect we will learn more about as time goes by....

"For the first time ever, pianists can hear their performance played back note-for-note on an acoustic instrument, with all of the color and nuance of the original performance." -- Michael Sweeney

Michael: What is the Spirio difference?

The Steinway Spirio is a new high-resolution player piano that provides an unrivaled musical experience, indistinguishable from a live performance. Utilizing proprietary software along with solenoids (a current-carrying coil of wire), Steinway Spirio brings the piano to life with the world's greatest music, independent of the listener's playing ability, with just the touch of an iPad.

How have you captured the real nuance of human performance?

While many earlier player piano systems rely on midi data files (compressed, low-resolution data files) and others rely on even lower resolution files for playback, Steinway & Sons is recording at the highest resolution possible, and has created a proprietary data file format that captures the nuances and full range of emotion from each artist's performance.

This superior level of playback is made possible through high-resolution recording technology that allows Steinway Spirio to capture smaller increments of velocity on both the hammers and proportional pedaling; to be precise, 1020 different note velocities and 256 pedal positions. The fact that the recordings are recorded and played on a Steinway & Sons piano exponentially increases the differences in performance quality when compared to existing products. 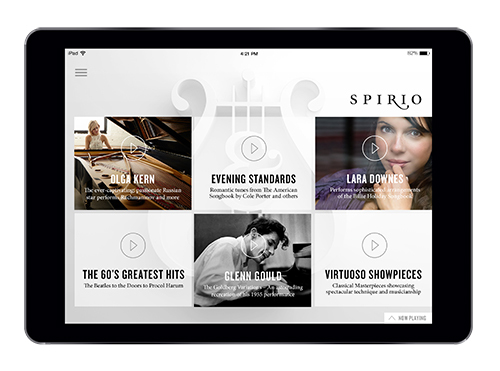 "Imagine Lang Lang performing a duet with a great pianist from another era, such as Vladimir Horowitz." -- Michael Sweeney

Steinway & Sons' commitment to artists is unshakable. We are toolmakers to passionate artists--professional as well as amateur--and we would never attempt to usurp the role of the artist.

The ever-expanding music catalogue that is being recorded for Spirio features Steinway Artists exclusively, so pianists such as Lang Lang are an integral part of this initiative. We've found that artists have really embraced the technology and are eager to record for Spirio. Besides having their music heard by a wider audience, for the first time ever, pianists can hear their performance played back note-for-note on an acoustic instrument, with all of the color and nuance of the original performance. Because of this ability, artists are using Spirio as a tool to refine their performances.

Additionally, Spirio presents a new world of possibilities for artists to explore. Imagine Lang Lang performing at Carnegie Hall, but you live in Dallas and can't make it to New York. With Spirio there is the potential for the concert to be live-streamed into your living room. Or we can also imagine Lang Lang performing a duet with a great pianist from another era, such as Vladimir Horowitz. Far from replacing artists, Spirio gives them opportunities to reach new audiences and express their artistry in exciting and creative ways.

Where will players like Spirio go next? Tell us how you see this technology evolving and improving 5 years or even 10 years from now?

For over 160 years, Steinway has been a company that is constantly innovating, so we're already thinking of how Spirio might evolve over time. This could include live-streaming of performances into one's living room, or recording capabilities so that you can capture special musical moments at home. It's exciting to think of all the possibilities and where this technology can lead us. 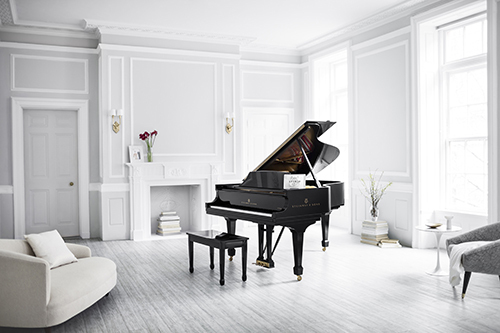 "We're already thinking of how Spirio might evolve over time. This could include live-streaming of performances into one's living room, or recording capabilities so that you can capture special musical moments at home. It's exciting to think of all the possibilities and where this technology can lead us." -- Michael Sweeney

How did you prioritize the repertoire for Spirio? What are your personal favorites from Spirio's catalog?

Before Steinway launched Spirio, we wanted to make sure that the music catalog was diverse enough to appeal to a wide range of individual tastes and occasions. The Spirio catalog offers everything from jazz to classical, pop to the American songbook, so listeners can find just the right music for any moment, whether it's a cocktail party with friends or a quiet Sunday morning reading the newspaper.

It's hard for me to select my favorite music from the Spirio catalog, but lately I've been listening to "Still Shining" by Robert Glasper. It's a dramatic score that was inspired by a piano that the visual artist Mark Bradford created as part of the Steinway Commission project. The physical treatment of the piano and Glasper's music come together to tell a story of personal challenge and outrage, that ultimately resolves with a sense of hopefulness. It's a moving piece and one that I keep exploring over and over.

I have also very much enjoyed our first performance by Lee Musiker, who spent 12 years as Music Director for Tony Bennett. Lee's rendition of "I Love a Piano" has all of the virtuosity and creativity for which Lee is known in the music community. I am looking forward to offering more of Lee's work to our customers very soon.

(All Photos are courtesy of Steinway & Sons and CMRubinWorld) 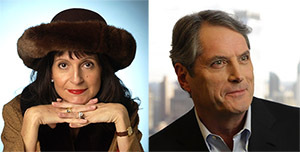