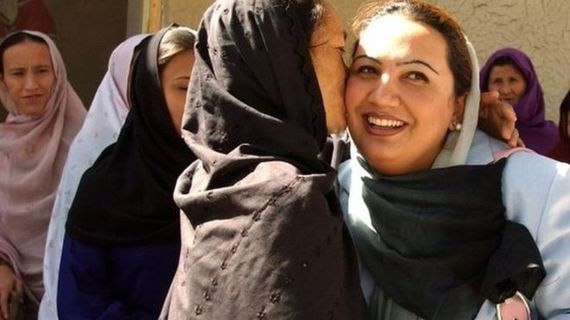 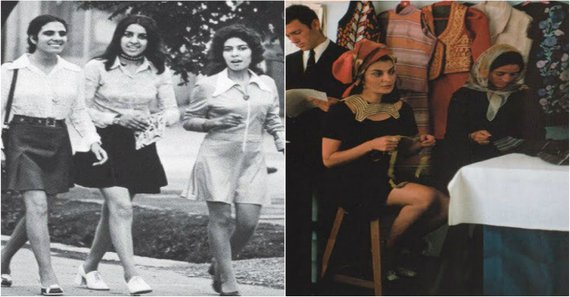 The once mostly provincial Taliban have been on the move in recent weeks, trotting at least part of the globe from their bases in Pakistan and Qatar to China, Dubai, Tehran and even Norway. Late last month a group of three former Taliban Government officials which included Mullahs Abdul Raziq, Hassan Rahmani and Jalil travelled to China for a meeting with the Afghan officials. The meeting was hosted by the Chinese government and organized by the Pakistanis. As former high Taliban officials, the trio no doubt has close connections with Pakistan's Inter Services Intelligence (ISI). The Afghan Delegation was headed by the then Head of the High Peace Council's (HPC) Joint Secretariat, Masoom Stanekzai. The meeting took place in the Capital of Xinjiang province, Urmuqi, in Western China. It is a mountainous region where China, Afghanistan and Pakistan share borders and has a sizable Muslim population. Although the Chinese government did not acknowledge that the meeting took place and the Afghans called it an unofficial dialogue, it shows the Chinese willingness to play a role in bringing peace to Afghanistan. China does not want the unrest in Afghanistan to spill over to Xinjiang which has seen unrest among its Muslim population in recent years. Additionally, the Chinese are eager to begin their economic exploits in Afghanistan hitherto hampered due to fighting and insecurity.

The recent Taliban trip to Norway in early June was groundbreaking and unprecedented as the Taliban delegation faced a group of about 10 Afghan women, which included two parliamentarians. It is groundbreaking because the Taliban believe that women do not have a role in politics or other civic activities. Worse, women should be kept in their homes denying them the basic civil rights such as education, work, free movement and even healthcare. During the Taliban's days in Afghanistan, their repressive police under the Ministry for the Propagation of Virtue and the Prevention of Vice made sure that women were well clad under the burqa and always accompanied by a male relative while venturing out. Those violating the rules were subject to beatings and other publically humiliating treatment. While most of rural conservative Afghanistan was unaffected by their harsh practices, in major cities especially Kabul where women dressed Western style and participated in professional life, the effect was devastating. Therefore, as the interaction between the Taliban and the Afghan government for eventual peace talks have shifted to a higher gear, women are apprehensive that the modest and fragile gains of the past 14 years could be reversed if the Taliban and the Afghan government agree to share power.

The way to the Oslo, Norway meetings may have been partly paved by a get together in Doha, Qatar between the Taliban and a delegation from the Afghan HPC a month earlier. Both sides down played the meetings as informal and the Taliban rejected the possibility of peace talks as long as foreign troops remained in the country. However, the Taliban for the first time declared that they were no longer opposed to women's education and working outside the home within the Islamic framework. Although this is a sharp departure from their history of treating women when they were in power in Afghanistan, it is not clear whether they are sincere and what they mean by "Islamic framework." But the Afghan women delegation called this small step in the right direction encouraging. The complexities of events in the Middle East, South Central and South Asia and how they intersect make for strange bedfellows. Tehran hosted a delegation of "Good Taliban" in recent weeks. From Tehran's point of view the "Good Taliban" do not pose a threat to Iranian interests. On the contrary, they can cooperate to fight the Islamic State in Iraq and Syria (ISIS) or Daesh. The Taliban have historically been supported by Saudi Arabia, which is in a tug war with Iran for influence in the Middle East. Iran is fighting Daesh in Iraq and Syria, an interest which they share with certain Afghan Taliban who have been fighting groups in Afghanistan sympathetic to Daesh. These Taliban do not want Daesh to establish any kind of control in Afghanistan. The enemy of my enemy is my friend fits the situation perfectly. The Shia Iran does not share the Wahhabi Sunni vision of the Taliban. But this rapprochement gives the Taliban a certain regional recognition and credibility beyond what their Pakistani and Saudi patrons provide. Tehran in return benefits from the fact that Daesh will not have a foothold on its eastern border, Afghanistan. 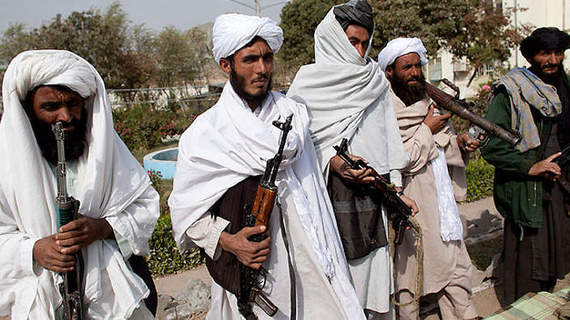 Taliban Fighters The Taliban who call their organization the Islamic Emirate of Afghanistan considers itself as the true government of Afghanistan. They refer to the current government in Kabul as an illegitimate one imposed on the Afghans by foreign powers. This stance is a nonstarter from the Afghan government's view point. But, it will be interesting to see whether their globetrotting continue to be accompanied with more moderate statements such as their declaration about women's rights. Perhaps seeing the world will open their eyes and minds in a small way.