The Godfrey Daniels School of Charm is both and alias and an alibi. It has been, among other things, the nom de plume artist Georganne Deen uses for certain of her curatorial projects, wherein she might champion content that isn't part of the mainstream contemporary art paradigms.

Conceived in 2002 as a home for difficult artists, those impossible to either categorize or dismiss, many have studied at Godfrey Daniels over the years, creating affiliations both eclectic and connected, personal, political, jovial and deadly serious. While not exclusively for ladies, its matriculants are mostly independent (read: impolite) women. In 2007 a second class convened as a response to the WACK! show at MOCA -- expanding upon the School's celebration of waywardness as a valid strategy for living.

Now in 2015, a special class of four women take up the mantle, united by geographic location in California's high desert, an array of outsider personalities, and a shared belief that art should be a profoundly emotional and transcendent experience. Claudia Bucher, Maryrose Crook of New Zealand, Georganne Deen and Jacobine van der Meer, a native of the Netherlands each work in multiple mediums, in apparently digressive visual modes, but they have in common the ability to see both sides of the looking glass. 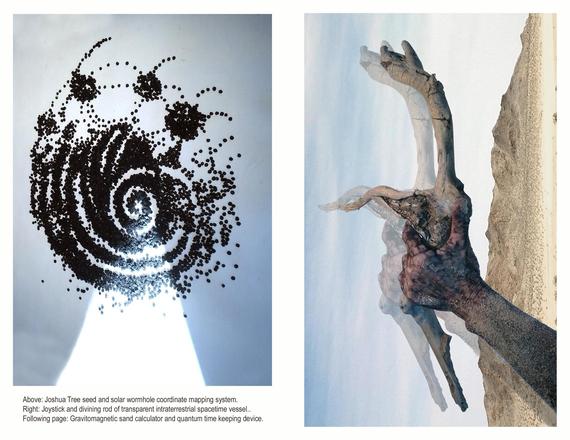 "What is necessary at this stage in our evolution is not a return to the psychic powers of our ancestors, but an expansion of our own potential powers, based upon the certain knowledge that such powers exist." --Colin Wilson

Claudia Bucher's anachronistic sculpture-based pieces are dimensional experiences that Deen sees as game systems exploring not only Bucher's dreams, fears, and fantasies -- but society's as well. Often her process involves performance and site-responsive configurations of architectural installations, fusing elements with aspects of both the eternal and the ephemeral from art, science, technology, mythology, and science fiction.

Creating built structure/objects which both contain quasi-mystical objects and function as locations for enacted ritual, her work combines the physical, psychic, and spiritual, like walk-in reliquaries collapsing time and fusing cyberspace with real space. 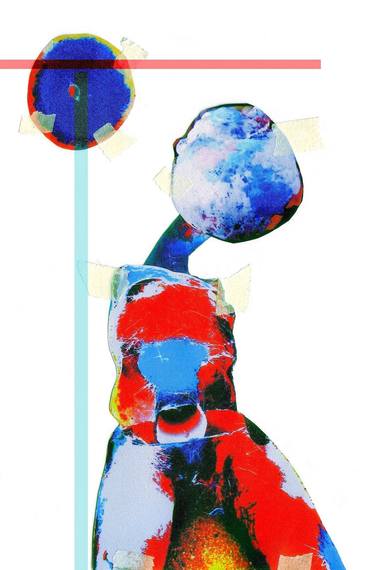 "The average man is a conformist, accepting miseries and disasters with the stoicism of a cow standing in the rain." --Colin Wilson

Jacobine van der Meer works across installation, mixed media painting/drawing, sculpture -- frequently at the same time. Her fraught works can be appreciated both for their craftsmanship and attention to detail as well as for their moving, gruesome, and hilarious content. She is comfortable with confrontational sexual imagery, violence, and chaos -- but achieves resolution through raw expressivity, and an almost primal choreography of special effects, prosthetics, saturated colors, and on-location actions in which she says, "The sculptures are the performers." She concocts characters and stories connected by simulation and simultaneity, moving between urgently wrought drawings, powerful objects, and inner and outer levels of awareness, scattering exploded visual hierarchies across the streets and sands and gallery walls. 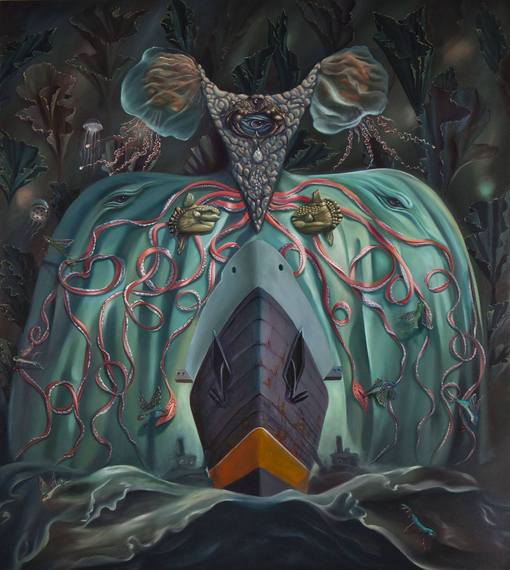 "These left me in no doubt that something was trying to communicate with us, but that direct communication would be counterproductive. It seemed to be an important part of the scheme to create a sense of mystery." --Colin Wilson

Maryrose Crook's paintings are obsessively rendered and hypnotic to behold, ineluctably drawing the viewer into dreamlike narratives that promise to reveal their mysteries, which of course they never do. Her influences, content, and stylistic pantheon include memento mori, Victorian miniatures, avant-garde science fiction, crisply executed Magritte-style Surrealism, Medieval illumination, and Renaissance pageantry. From all these threads springs a richness of symbolism, where every object, posture, and mark carries meaning, and sometimes contradictions.

Flowers, birds and bees, luxurious fabrics, unsettling still lifes with fresh meats and strands of pearls -- art historical in a very specific, proto-modern kind of way that prefigured Pop Surrealism centuries hence, yet retaining a classically refined palette and single-hair delicacy in its luminosity. in Crook's lavish beauty and lurking death, nostalgia, faith, and anguish all collude to render the world as a psychological matter. 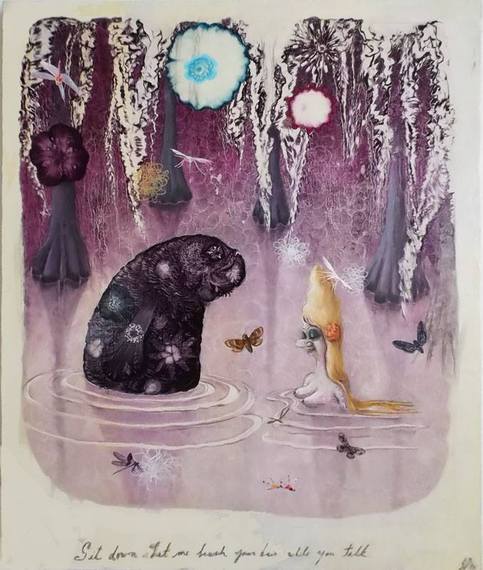 "Art is the science of human destiny." --Colin Wilson

Georganne Deen makes what she calls Nature paintings to "counter the chaos of the collective ego and my compulsive participation in it." In her emotionally intense and aesthetically timeless Eve portraits, she telegraphs their psychological content of powerful tension overlayed with glamorous gothic pathos. Deen is on a decades-long quest to disclose the ways in which we pursue and sabotage our own well being.