Peru is one of the largest gold producers in the world -- the fifth largest, if illegally produced gold is taken into account. Gold has recently surpassed cocaine as Peru's largest illicit export, and Peru is the largest cocaine producer in the world. But unlike cocaine, illegal gold goes on to become a legitimate consumer product, found in our jewelry, watches, and smart phones.

Hundreds of thousands of people are employed in Peru in "artisanal" gold mining and peripheral services. Verité, the fair labor NGO, recently mapped the supply chain of Peruvian gold, consulted with experts, and conducted interviews with over 170 mine workers, mechanics, cooks, sex workers, transporters, and others serving the mines. These workers told us horrendous stories of labor and sexual exploitation in Peru.

Conditions were much worse than I expected. Verité has done research on forced labor in places like Bangladesh, Guatemala, Bolivia, and Liberia, but I hadn't seen anything this bad. We spoke to at least five workers whose employers had threatened them with guns. Workers spoke of people who had "disappeared." We spoke with workers who had witnessed a murder and others who been shot at. One had grabbed a shotgun from a guard's hands and thrown it into the river so he could run away. Not that it was easy to escape, from these isolated mines deep in the Amazon, over three miles above sea level in the Andes. 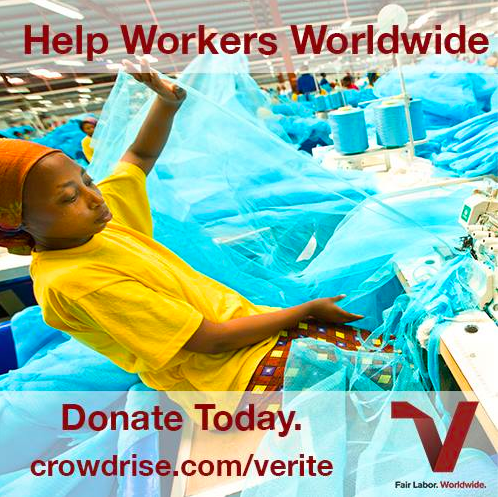 There is much illegal gold mining in Peru, where miners operate in areas not fully under the control of the government. And it is in these places that the Peru gold sector becomes vulnerable to forced labor. Illegal mining is much like the cocaine trade, in that its tremendous profitability breeds corruption and violence. It is a transnational phenomenon, with armed gangs of prospectors from China, Russia, and Brazil; and gold being smuggled and "laundered" so that it can be exported, especially to Switzerland. The actors involved in illegal mining are inherently untroubled by the notion of breaking the law, so adhering to labor laws is not a concern.

I compare Madre de Dios, one of the centers of illegal mining in Peru, to the TV show Deadwood. It may seem silly, but it is like the Wild West out there. There is lots of money to be made, and very little to prevent people in power from using force to get what they want. Those who don't have power have little to no leverage, and they get exploited. The state is simply not present in many areas.

Verité's report on risks of forced labor in illegal mining in Peru raises challenging questions for companies in industries including jewelry, mining, electronics and banking. The report reveals that illegally-produced gold tainted by forced labor and other human rights abuses makes its way-through corruption, laundering and illegal export-into the hands of global traders, refineries and banks and into our jewelry, watches, currency, and smart phones. It is not unusual for other commodities likewise to travel through several hands before reaching the end-consumer. These complex supply chains mean it is very difficult to know for certain the conditions under which the raw material was produced.

Our research on these largely hidden problems is intended to encourage action on the part of stakeholders, including companies, NGOs, governments, and industry associations to raise awareness of the vulnerability to forced labor.

Verité has seen some encouraging signs. Peru is a relatively wealthy country, and its reasonably stable government has been candid about the extent of the problem. The Ministry of Labor has recently taken meaningful steps including centralizing the labor inspectors' office, making it less vulnerable to corruption, as well as developing a new plan to combat forced labor.

But how do consumers and corporations make sure they are not purchasing gold that has been produced by slaves? It can seem almost impossible. Billions of dollars of illegally-produced gold is sent to Switzerland, melted down along with legally produced gold, and then exported around the world. Once it's melted down, there is no way of tracing it back to its country and region of origin.

Stakeholders, such as Solidaridad and Red Social, have been working with a handful of artisanal and small scale mining (ASM) operations to produce "fair mined gold." Mining cooperatives are being taught about tax law and labor law, promise to pay the minimum wage, and adhere to health and safety standards. They are then connected with international buyers who buy the gold at a higher price. The higher the demand for "fair mined gold," the better.

But while this system is part of the solution, additional action is needed to ensure that the gold that makes its way into our wedding bands is not mined by slaves. Consumers -- and jewelers, bankers, and electronics companies -- have to know that there is no simple answer. Companies and other corporate buyers should increase their own demand for gold that is tracable in this way back to a fairly-compensated and well-treated miner.

When you buy a gold ring, and it's not "fair mined," there is currently no way of knowing where it's coming from. Was the gold mined by an unpaid 17-year-old held against his will, suffering from yellow fever in the middle of the jungle? Or is it sourced from a big Canadian mine, which is held to labor laws? We don't know, and there is currently no universally-accepted system to give us confidence. Large companies in particular have to put in more effort -- to map their sourcing, embrace transparency, require their business partners to improve conditions and resource them so they can -- so that the exploitation can begin to diminish.

Verité's job -- and our opportunity -- is to work with the mining and jewelry industries to recognize these conditions, and to address them. You can help. Won't you?