The Golden Door is ready for its close-up.

The uber-luxury Escondido spa, which since 1998 has languished under corporate ownership, was bought last year by a longtime guest and now, with a savvy COO on board, is undergoing both a physical and philosophical makeover. 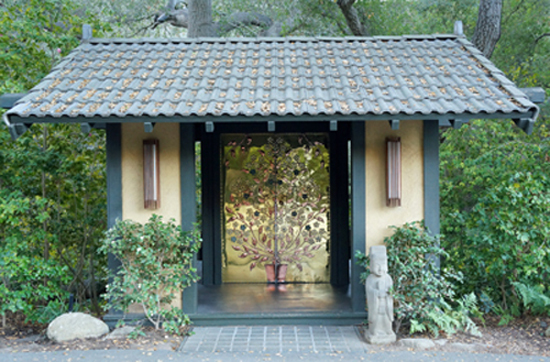 The new owner, Joanne Conway, wife of billionaire philanthropist and Carlyle Group co-founder, Bill Conway, is bringing "the spa-to-end-all-spas" back in line with its founder's vision: the sybaritic spa stay as life-changing experience.

That's what Deborah Szekely had in mind when she started the Golden Door in 1958. Two decades earlier, Szekely and her husband, a Hungarian-born health fanatic, had created Rancho La Puerta, a health farm a few miles south of the border in Tecate, Mexico. Szekely envisioned the Golden Door as Rancho La Puerta on steroids, as luxurious as Rancho was funky, and it quickly became the place where Hollywood moguls sent their starlets to get "screen ready," i.e. to lose the 10 pounds the camera puts on.

But under corporate ownership the Golden Door had lost its cachet, as the name was splashed on hotel day spas from Scottsdale to Puerto Rico. With Conway at the helm, the property is, once again, a one-off, hallowed resort where for several thousand dollars a week, forty lucky guests get to sweat and soak, be pummeled and pampered, and take time out of their busy lives to contemplate their goals, intentions, eating and exercise habits, maybe even their chakras.

And, since making money is not Conway's top priority (she has, after all, been coming to the Golden Door and thinking about things like priorities for years) she will work toward giving away 100 percent of the spa's profits.

"Like Newman's Own," said Kathy Van Ness, the chic new COO and General Manager, comparing the new business model to Paul Newman's food company, one of the first corporations to give all its profits to charity. We were having lunch at the koi pond, a tranquil spot in the center of the property, which resembles a rambling Japanese country inn, complete with sand gardens, waterfalls and antique stone sculptures and spirit houses. Our lunch, a bento box of healthy proteins and vegetables, included a salad that came to the table straight from the spa's new biodynamic garden. 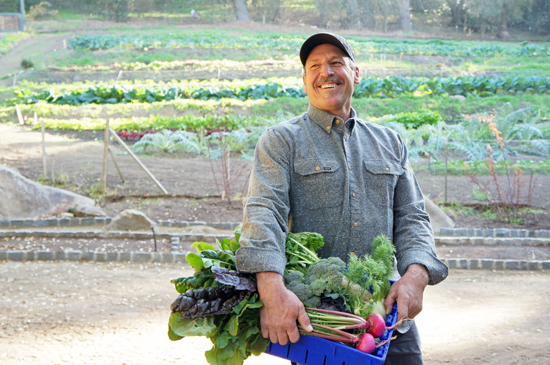 Van Ness explained how the Golden Door's gardener, Jeff Dawson, whose impressive resume includes having planted a vegetable garden for Steve Jobs, was leaving that week to "witch" for water and set up a garden at the Zahara Children's Center in Ethiopia. The center, which provides HIV/AIDS and TB care to children, is supported by Brad Pitt and Angelina Jolie and was founded by Harvard doctor Anne Goldfarb, a frequent Golden Door guest. This is the first of what Van Ness hopes are many philanthropic overtures the Golden will make in the future.

"We're looking at local community issues and where we can be most supportive," explained Van Ness.

Who goes to the Golden Door? Judging from the women who were there the week I went, Hollywood stars still flock here. So do high-powered Beltway lawyers and high school teachers, political fundraisers and professional poker players, spiritual teachers and radio show producers. Except during coed or men's weeks, the guests are female and most wore the workout gear provided daily, lime green hoodies and baggy sweat pants, which had been around for years but have since been replaced by something more in line with Van Ness's fashion background; she was president of Diane von Furstenberg and Speedo. 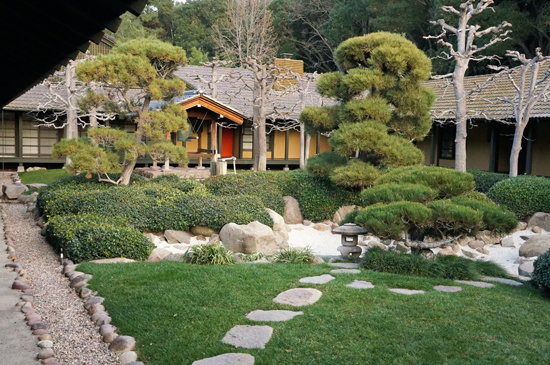 Van Ness and Conway's eye for style will also be evident in the room make-overs. Every guest has her own sumptuous villa where she receives a daily massage and where she can meditate at her ikebana-adorned traditional meditation shrine. All meals and classes are included in the price, as are daily facials, a weekly body treatment, unlimited body wraps, a personal trainer for the week, laundry service, manicure/pedicure, hair treatment or blow out and a complete line of Golden Door beauty products. Even your car gets a spa treatment: a hand wash.

Upon arrival, guests meet with a fitness specialist who goes over workout preferences. Then, every night at turn down, guests receive a personally tailored list of suggested activities for the next day. No need to pick and choose -- though you certainly can. Many, especially the city dwellers, start each day with a hike; there are over 20 miles of trails on the 600-acre property, some moderate, others challenging. I started my mornings strolling through the magnificent bamboo gardens or walking the labyrinth, breathing in, breathing out. Conway, whose passion is the development of the lands and property, recently planted an olive grove, envisaging Golden Door olive oil in the future.

Towards the end of the week, "spa brain," which I had been hearing about, set in. Santa Monica seemed as far away as Siberia. Worries had vanished. My iPhone hadn't left the room safe in days. My skin was glowing. I had worked out like a champion all week, yet, thanks to the massages, my muscles felt pumped, not sore. I was making resolutions left and right. Go to the farmers market every Wednesday! Take a TRX class! I, too, had drunk the Kool-Aid, sugar-free, of course. I was under the spell of the Golden Door and, like so many guests, will do whatever it takes to keep coming back.