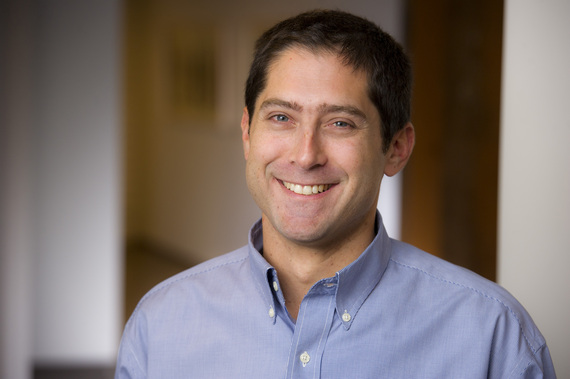 Todd Moss was Deputy Assistant Secretary of State under Condeleeza Rice. He oversaw diplomatic relations with 16 West African countries. After penning four non-fiction books, he has turned to fiction, and The Golden Hour is his first novel. This international thriller is set in the world of diplomacy, espionage and special operations, both military and diplomatic.

In The Golden Hour, Judd Ryker, newly appointed as Director of the State Department Crisis Reaction Unit, is in charge of helping the U.S. respond quickly to foreign crises. A coup in Mali sets the novel into gear, as Ryker races from Washington to Europe, and across the Sahara Desert. Everything begins to change, as he learns that friends and enemies come in many unexpected forms.

Tell us about the concept of The Golden Hour.

The Golden Hour is a concept from emergency medicine. I learned about it when I drove an ambulance in Boston during my college years. You must get a trauma patient to the hospital within an hour, or the chances of survival plummet. In the story, Judd Ryker is an academic who crunches numbers data on international crises. He figures out there's a golden hour for such crises. If you don't intervene quickly, the chances of success decline precipitously. He determines that after a coup, there are about four days, or one hundred hours, to respond, if you hope to reverse the coup.

They say, "Write what you know." How did The Golden Hour evolve from your experiences working in the State Department?

When I left government, I planned to write a non-fiction book about formulating foreign policy with its complications and frustrations. I quickly realized that to make it interesting for a wider audience, fiction might be a better vehicle. The story's plot was inspired initially by a 2008 coup in Mauritania. When I went to the capital to talk down a general who had just deposed a democratically elected leader, I failed. General Aziz is still head of state of Mauritania. I thought it would be interesting to take readers inside the discussions in Washington and the negotiations with the coup leader.

Fiction and fact can coalesce. Your novel focuses on Mali. I understand that while you were writing The Golden Hour, a real coup occurred in that country.

Yes. About six weeks after I finished the first draft, there was a real coup in Mali. It was quickly followed by a series of extremist groups taking over the northern half of the country. About six months later, the French invaded Mali to expel the jihadists and reestablish order.

A prospective literary agent was watching news reports of the French military action at the same time my manuscript arrived on his desk. In a sense, Mali's misfortune was my good fortune, since it helped convince the agent this was a good time for a thriller set in Africa.

Did the actual events in Mali cause you to make changes in the manuscript?

I didn't change anything substantial in the manuscript because of those events.

So, in a way, The Golden Hour presaged what actually happened in Mali.

Yes. There were some eerie coincidences which I'd blogged about on the Center for Global Development. It wasn't simply that a coup actually occurred. There were other similarities, as well. In the novel, I gave the junta a title: The Council for the Restoration of Democracy. In the actual Mali coup, the junta called itself The National Committee for the Restoration of Democracy and State. I'd also made up a fictional terrorist cell called Ansar al-sahra which in Arabic, means Defenders of the Desert. Right after the coup, a new Islamist cell announced itself in Mali, calling itself Ansar al-dine, meaning Defenders of the Faith. So yes, fact and fiction can certainly coalesce.

The Golden Hour deals with political instability, ethnic rivalries and violence, drug and weapons smuggling, and kidnappings in Africa. Tell us how this plays out in the real world.

Africa has traditionally been low on the U.S. foreign policy agenda. In the 21st century, we're seeing a range of new national security threats including terrorism, illegal smuggling, and international criminal cartels. These underground networks are climbing higher in importance on the scale of U.S. foreign policy awareness. Africa harbors some of these networks, and the U.S. government is being forced to get more involved in that continent. In 2008, the U.S. military created the Africa Command, a regional combatant command. There's now increased counter-terrorism activity in Africa, trying to contain networks that fester and can create major problems. Mali has been at the epicenter of some of these activities.

Recently, the kidnapping of 300 schoolgirls in Nigeria occurred. It's clear that your novel anticipated this incident.

The kidnapping in Nigeria is a horrific event. It reminded me of the Kony 2012 campaign, during which the U.S. tried to rally the world's attention on a brutal Ugandan warlord responsible for many horrific war crimes. These incidents garner attention that can force the U.S. government to become involved. These kinds of flare-ups will likely continue. They're not anomalies; they occur regularly. But, Kony is still at large and most of the kidnapped girls remain missing. The challenge for policy makers is how to respond in a way that sustains American attention to these problems so they don't spin out of control.

The Golden Hour depicts a great deal of in-fighting and turf-protection in the workings of the U.S. Government. Did you feel it was better to depict this in a novel rather than in non-fiction form?

I had thought about writing a non-fiction book about interagency in-fighting. It seemed to be more accessible and more fun to read about it in a fictional format, so I went in that direction. Anyone who has worked within the U.S. government will recognize the dynamics and dysfunction of how our sprawling government actually works -- how the sausage machine actually operates. In the State Department, there are 1500 employees just within the Africa Bureau. There are dozens of offices competing and interacting. On my first day at the State Department, a senior colleague pulled me aside and said, 'These are the things we want to achieve while you're here, and always remember that the enemy is in the building.'

How has writing fiction differed from writing non-fiction books?

When writing non-fiction, I can sit and work for ten hours at a time. I know what I want to say, how to present facts and marshal an argument. When I'm writing fiction, the next sentence can literally be anything. That creative side is very liberating, but it can be exhausting. When writing fiction, I work in 90-minute bursts. Then I have to take a break or wait until the next day. I find fiction to be a lot more fun. While you want it to seem credible and authentic, almost anything can happen, and I get to decide.

Can you arrive at deeper truths with a novel than with non-fiction?

You can share authentic experiences with a wider audience in fiction. There are a couple of themes in The Golden Hour. One is my own love of Africa. The continent is, in large part, on a positive trajectory and is becoming a much more important partner for the United States than ever before. I wanted to make the African continent and various characters very accessible to a mainstream American audience.

Another theme is the difference between the real world and a data driven world. Judd Ryker is an academic, who's most comfortable crunching numbers. In the real world, things get done by building personal relationships. That's a lesson Judd Ryker must learn.

Speaking of relationships, The Golden Hour depicts some very powerful women: The Secretary of State, an ambassador, and a savvy lobbyist. Are these characters based on real people?

After having Madeleine Albright, Condoleezza Rice and Hillary Clinton as Secretaries of State, one must conclude that having powerful women in high levels of state is the new normal. I know many impressive women ambassadors and lobbyists. The characters in the novel are fictional, but I was inspired by some real-life people. I grew up and continue to live in a family of powerful women, so it all seems very normal to me.

Is Judd Ryker, the protagonist of The Golden Hour, going to return?

Yes. We're planning a series. The sequel, which is already completed, has Ryker being sent to Zimbabwe in the middle of an election that's going wrong. I'm now working on the third installment of the Judd Ryker series, which takes place in Cuba and south Florida.

Congratulations on writing The Golden Hour, a suspenseful thriller with many twists and turns, and which sheds light on the inner workings of government and diplomacy.