This piece was originally published on Mindthis

I'm running late. Maybe five or ten minutes late but it's late enough to make a photographer chew nails. In this case the person chewing nails is Shanaye Smith an up and coming photographer and videographer based out of the Exuma Islands. She also happens to be one of Chivvaun's best friends.

Shanaye is setting out to create an image and her vision for this takes place on a canvas created by a mystical time of day.

The Golden Hour, I didn't even know it was an actual thing but it's the reason I find myself trekking down a path in a pine forest that leads to a secluded beach near the southern side of the island.

Chivvaun's limp is rather obvious to Shanaye's team and more than once they've asked her if she needs to take a break. Last week around this time she was pierced through the foot by a jagged rock. She's also just been diagnosed with an upper respiratory infection, which leads me to believe that this shoot may or may not be a disaster.

Chivvaun however soldiers on, leading us to her favorite spot on the island. One more time she is asked if a break is needed to which we hear "No thank you, I can do it". It's not said in a rude or malicious way. She is not attempting to be obnoxious and her tone of voice is far from annoyed. Her meaning however, cannot be mistaken. As a dancer she's seen much more and possibly endured much worse.

The ability to defy gravity by cutting through the air, using the strength of her core and calf muscles whilst balancing the full weight of her body on the last point of her feet makes way for the athleticism of it all. The ability to do all of that while reminding yourself and an audience that you're nothing less than a swan makes way for the art.

With this in mind filming begins and I start my questions. I've been doing a bit of social media archeology (I refuse to call it stalking) and I discovered our very own Chivvaun, danced alongside the first African American Prima Ballerina at ABT, Misty Copeland for an afternoon. 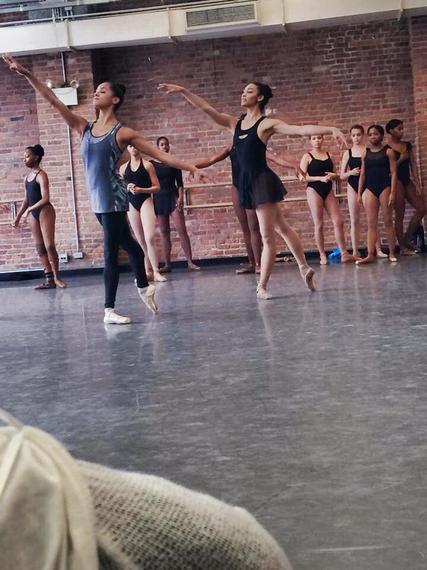 "We all saw a bit of ourselves in her." Chivvaun is making reference to the class that Misty taught at the Dance Theatre of Harlem Summer Intensive. " She was so patient with us it was one of the first times I felt really free as a dancer" ironically enough as she's saying this she does a bit of a twirl, allowing the fabric of her dress to do some sort of wind tunnel movement I'll never be able to achieve.

"When those kids come to the dance clinic I want them to feel as free as I did on that afternoon with Misty. I can't wait for all of it to come together" Chivvaun is talking about the fact that she will soon be hosting a free dance clinic for 20 lucky students on the island of Grand Bahama. "I hope this is the first of many free clinics that I can host. I want to be able to build on this and possibly make it an annual event".

It is a completely normal thing for pageant contestants to disingenuously show up at an orphanage or animal shelter in full pageant regalia ready for a photo op. amongst such insincerity this makes sense.

Chivvaun's sincerity must shine through to the corporate community because, in a country that has always been a bit Nassau-centric, Chivvaun has been able to get three companies with branches spanning across the country Dairy Queen, Sky Bahamas and the Seventeen Shop as sponsors. In a statement released by Dairy Queen they say,

"Dairy Queen Bahamas is proud to sponsor one of the nation's finest, Chivvaun Abigail, as a participant in this year's Miss Bahamas Universe Pageant. As a brand whose mission it is to create smiles and stories, we feel privileged to help bring Chivvaun to the national stage and possibly to the universe as a Bahamian ambassador. She is beautiful inside and out and a tremendous talent who passionately embodies true Bahamian culture."

Through out the competition Chivvaun has had to travel with her sponsor, Sky Bahamas, back and forth every week from Grand Bahama to Nassau and has always been sporting clothing from one of the country's number one boutiques 'The Seventeen Shop'

"I couldn't believe they actually sponsored me. I went into this whole process not necessarily naive but definitely a bit idealistic. After I submitted my application I hoped I would get sponsors I just didn't know who would be willing to back me."

One of the things I've noticed is that Chivvaun keeps an arsenal of talented women at her side that seek to elevate and encourage one another. One of these women has been Beth Sherman also known as the 'Beauty Bee' on Grand Bahama. She's a makeup artist that has been teaching Chivvaun the ins and outs of face contouring and other such make up terms I've only ever heard on Youtube. The knowledge Beth has been able to pass on to Chivvaun has allowed her to do her makeup for the shoot today.

The Golden Hour is almost up and Shanaye is about to call the shoot a wrap, so with that I end my questions for the day. I'm really excited but also nervous. I've also bought into the process of this pageant and I cant wait to see how Chivvaun does next week in her practice for what many call the dreaded interview session. 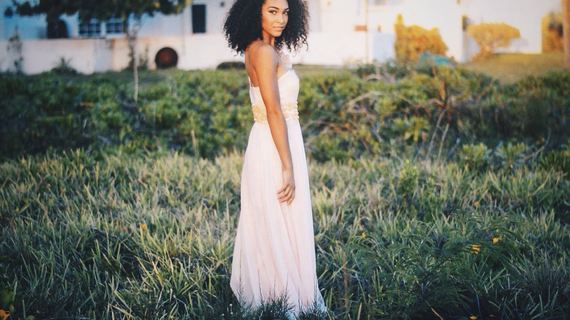 To keep up with Chivvaun Abigail's journey to the crown continue to read Mindthis Magazine and follow her official Facebook page here. Also don't forget to check out the first installment.