Roughly 25% of Americans volunteer, down slightly since 2012's big compassion rush, logging a karmic bank-breaking 26%, according to the Bureau of Labor Statistics. The overwhelming remainder of us "want to" or "plan to" (we're mostly good out here) but don't quite get around to it between working, living, Tweeting and other critical survival activities - like Ritalin-frenzied Tinder swiping, talking to our kids about Isis, or binge streaming House of Cards... 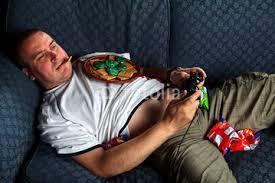 In the Big Me Age of Big Data, pleasing ourselves is a tireless task and an exhausting ordeal, after all.

Still, (eulogy virtues and Miley stunts notwithstanding,) would we donate a little time to say helping some homeless kids, if we knew our service would make us richer and more attractive, boost our sex lives, improve our health and relationships and even get us a little high?

Moreover, (and reincarnation merits aside,) if we were convinced that helping others would increase our odds of happiness more than retail therapy or anti-depressants, would we greedily opt for more Karma than pharma at the next bout of midweek, or midlife respectively, malaise?

Given our prolific record with the less effective two antidotes, which come with ravaged credit scores and libidos, chances are we might squeeze in an hour to help a kid in the hood with homework or shop for the blind before hitting the gym on Saturday afternoon.

Over the past few years, there have been numerous reports chronicling the triple bottom-lined mind-body-money related benefits of volunteering.

Then there's the vanity studies that find altruism makes you sexy and improves your dating stock.

But if richer and healthier and more attractive don't do it for you, there's always the pure pleasure argument. So-called Helper's High is the state of euphoria based on the theory that giving produces endorphins in the brain, which provide a mild version of a morphine high. Research at the National Institutes of Health showed that the same area of the brain that is activated in response to food or sex lit up when the participants in the study thought about giving money to a charity.

Given the low turnout rates, Americans clearly need more convincing before we start seeking out location-friendly soup kitchens like we do small-plate pop-up restaurants on date night.

But the numbers are hard to ignore.

In one typical study, researchers from Harvard and the University of British Columbia confirmed that, in terms of quantifying the ever-elusive pole of happiness, spending money on oneself barely moves the needle, but lavishing on others causes a significant increase. According to the Social Capital Community Benchmark Survey, those who gave contributions of time or money were "42 percent more likely to be happy" than those who didn't give.

And given our mood, seems we could use a pick me up. A recent Mayo Clinic study found that of the staggering 70% of Americans on prescription meds, the overwhelming majority of those are taking antidepressants, antibiotics or painkillers.

Yet the cure does not fit the disease. The Journal of Clinical Psychiatry reported 69% of those on antidepressants were in fact not clinically depressed and 38% did not meet the criteria for obsessive compulsive disorder, panic disorder, social phobia or generalised anxiety disorder either.

So then, (using highly sophisticated liberal arts degree-afforded scientific deduction faculties,) seems safe to say we feel a little shitty, but we're not as sick as we think, per se.

Which makes us perfect candidates for a self-refilling script of what the Dalai Lama has aptly coined, "selfish altruism." Nothing clears up breakup blues like time spent with an Iraq veteran who can't land a job in the country he gave his limb and life to; and kicking off the weekend at a photography exhibit with a human rights cause can go a long way in curing nightlife ennui. 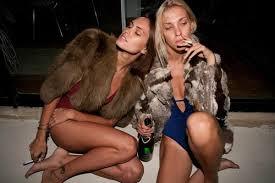 But hard happy stats are not always enough to trump the stubborn cycle generated by depression's judgy older cousin hell bent on stopping us from doing things that feel good: Guilt.
No longer donning the Judeo-Christian robes, Guilt has refurbished its rhetorical wardrobe to keep fashionable among the secular health elite.

There is a tacit "Good Karma Makes you Gorgeous and Rich Theology," evoking a refurbished eco-chic brand of "prosperity gospel," in which good spiritual people will be rewarded not only with a hot yoga ass but also with also with material success. 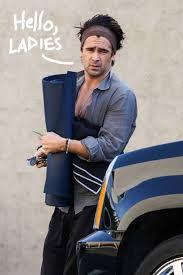 While it may not be packaged in the power suit hard sell that 1980s and 90s preachers marketed in their "name it and claim it" brand of faith, what we could call the culturally made-over Karma Prosperity Gospel may share the religious apparatus of sweaty, big watch wearing televangelists.
But a charitable act motivated by fatalistic or guilt inspired morality is not a sustainable model and tends to make addicts or depressives out of otherwise well-intentioned people. 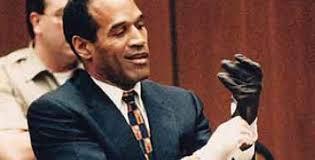 Which is why it's high time we got practical and selfish about volunteering they way we have about every other aspect of our selfie-obsessed existence, where convenience and pleasure absorb the lion's share of the ontological criteria. 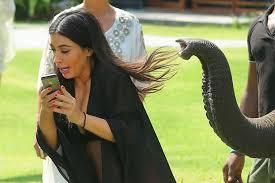 Or in the more eloquent words of Jesuit priest Anthony de Mello: "Charity is really self-interest masquerading under the form of altruism. ... I give myself the pleasure of pleasing others."