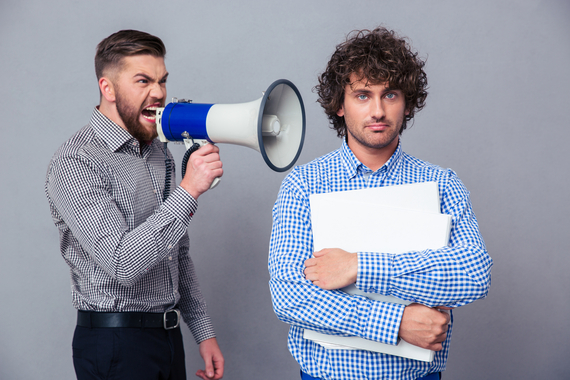 I was very interested to see that Accenture, Adobe and Deloittes have recently decided to replace this approach, but it is still one which is in use at many companies.

"What gets rewarded gets repeated." - John E Jones.

We all crave feedback, so any performance review, even those that involve stack ranking of employees, have the opportunity to highlight good performance, and this can be used encourage people to continue with their good work.

It's also good to know which are our employees are not doing so well, so that we can provide them the right support and encouragement to improve.

Many companies have used these stack ranking methods to identify the bottom 10 percent of performers so that they can let them go and replace them with higher performers, and for companies that have had little to no performance management previously, this can be beneficial, but only for a short period of time.

The best I can say about them is this approach is that it's better than nothing, but sometimes only just.

Many of these performance review processes take an inordinate amount of time, both in terms of total effort and also duration. Adobe claimed that their annual process required 80,000 man hours of work, which equates to 40 man-years, which is a significant investment of effort.

At some of the companies where I have worked the process would last for up to five months, starting in September and providing the feedback in February. This could result in giving feedback on things that had happened fully 12 months before, things that could already have been addressed and were no longer an issue. Or even worse a previously high performing employee could now be struggling and still get good feedback.

These processes were never popular and always had an impact on the day-to-day work of the organization, and because of the effort involved, many times I saw people give the minimum amount of effort.

So there would be a significant investment but low-quality outcome.

Much of the review is subjective rather than objective, and when we start to rank people across teams and departments, it becomes almost impossible to value the work of one employee against that of another.

And often popularity of the individual or the importance of the work done, rather than the quality starts to have an impact on ratings.

By blaming employees for their poor performance, we're also looking to absolve leaders and managers of their involvement the performance. A leaders job is to inspire his team and put them in a position to be successful, and now if they don't do that we blame the employee.

Forced rankings work for a time, but as an organization starts to improve and everyone hits their targets, now we look to rank people in the bottom 10 percent even though they achieved everything that we asked of them.

Now the process becomes demotivating, and can create disengagement, the exact opposite of what we are looking for. It can drive up the attrition of resources who we not only need but who were, in essence, doing a great job.

Performance reviews are needed to help keep organizations improving, but they need to be fair and equitable and provide feed forward -- actionable steps that will help the employee improve -- rather than feedback which can often just be a criticism of performance which happened over 12 months ago.

Performance reviews need to be for the benefit of the employee and the organization, not just a costly, unfair, flawed process which demotivates employees who did good work.

As the Millennials start to become the largest group in the workforce it will be interesting to see how long the current approach last, as according to Forbes 79 percent of them want their boss to be a coach and mentor who help them improve, rather than someone who just measures their performance.

I'm happy to see that recently Accenture, Adobe and Deloitte have decided to jettison this approach and I will be interested to see the impact of their new review processes.

What kind of performance review does your company use, and do you suffer from these or similar issues?