The first time I stepped foot in a prison, I was four years old. I grew up just outside Washington, D.C., the daughter of a warden. My father ran facilities that housed some of our nation's most violent offenders, like the D.C. Jail and the Maximum Security Facility at Lorton, and I still remember holding his hand, my black Mary Janes tapping a happy rhythm down the corridors to the squawk of radios and buzzing sally ports on those days when I visited him at work.

You might presuppose certain things about me, knowing I'm a warden's daughter. You probably assume that my father was strict (he was), that he had very firm ideas about right and wrong (he did), and that the lessons he taught me about the differences between good people and bad people are as concrete as the walls we use to keep them apart.

But here, you'd be wrong.

If anything, my filtered, watered-down child's understanding of my father's job created a very muddy lens through which I learned to see the world. The stories I heard and the people I met in my youth blurred the lines between criminals and heroes, making them harder to define.

My dad brought George home from work one Thanksgiving to share dinner with our family. George was a quiet man with a warm smile -- a decorated war veteran like my father, except George walked with the aid of a cane due to wounds he suffered while serving in Vietnam. And though I was only eight years old at the time, I recall his polite and genuine appreciation for the meal, and for my family's hospitality. You see, George didn't work at the prison with my father. George was an inmate there, doing twenty to life for Murder One. He was a decent man who'd made a terrible mistake -- a mistake that cost him the rest of his life and took another. In the blink of five courses, I learned something I would never forget. That good people sometimes make bad choices.

Then there was Duffy.

Duffy was a murderer. Not a situational offender, like George. Duffy had killed several people, and continued to do so without remorse behind The Wall. I never met Duffy. I never even knew his name. But on the day of my fifth grade school play, when I looked into the audience with shaking hands, my father's seat was empty. There was a situation at work, my mother explained, and Dad might not make it in time for the play.

Duffy had decided he didn't want to go back to his cellblock after recreation that day. He hunkered down in The Yard with a brick in his hand, and threatened to brain anyone who tried to make him come inside. My father knew it would take half a dozen officers to forcibly remove him, and inevitably, someone would get hurt if they tried.

But something unexpected happened when my dad approached The Yard. He told Duffy, "I promised my daughter I would go to her school play, and I'm missing it because of you."

Duffy thought about that. He put down the brick, and returned to his cell.

I never knew Duffy was a murderer -- that he'd committed heinous acts of violence against inmates and officers, and had once threatened to kill my father. I was too young to hear this kind of backstory. Instead, I would remember him as the inmate who'd chosen peace over violence, so that my dad could make it home in time for my play. Back then, I embraced Duffy's act as selfless and heroic. I wouldn't understand until years later that Duffy was no hero. He had just made a choice to do one good thing.

People like George and Duffy rise to the surface of a collection of images from my childhood. Of the high school field trip when my father invited my U.S. government class to visit the D.C. Jail, and we all crammed into a Plexiglass and steel sally port in a housing unit, looking hard into the faces of bad people. One of them looked just as hard at us. He pointed to a confident, good-looking boy in my class -- a kid most people never knew was broken inside -- and told him, "I know you. You're me. That thing you're thinking about doing? That road you're thinking about walking down? It leads right here."

Later, I would realize the greatest lesson my father taught me is that we are not one-dimensional. That we can't be singularly defined by our last victory or mistake. We're human and complicated, and we all have a backstory. Like the scary-looking six-foot-four bearded, tattooed biker who lived in the house across the street -- who happened to be an undercover narcotics officer for District of Columbia police department and a close friend of my father. Or Dr. Elizabeth Morgan, the Ivy League-educated plastic surgeon who spent almost two years in the D.C. Jail for civil contempt, because she refused to produce her daughter for non-supervised visitation with a man she suspected was sexually abusing her.

Complexity of character makes a crime drama more compelling, and a mystery more difficult to solve. If readers are spoon-fed watered down versions of heroes and villains, the answers become obvious and they're left with nothing to chew.

When I sit down and write a mystery, my goal is to make readers think. I want them to question their pre-suppositions. I want them to doubt themselves until the very last page. Sometimes, that means turning our universal belief systems -- right and wrong, good and bad, wicked and just -- on their heads.

These are the lessons, the images I carry with me as I develop characters for my stories. Orange jumpsuits do not define our whole person any more than a judge's robes or a shiny badge. We are deeper than our tattoos and piercings. We are more than the diplomas we hang on our wall. When we all strip down to what makes us universally human, telling the good guys from the bad guys isn't always so clean-cut.

EXCLUSIVE COVER REVEAL: Nearly Found, the sequel to Nearly Gone, is due out on June 2, 2015! 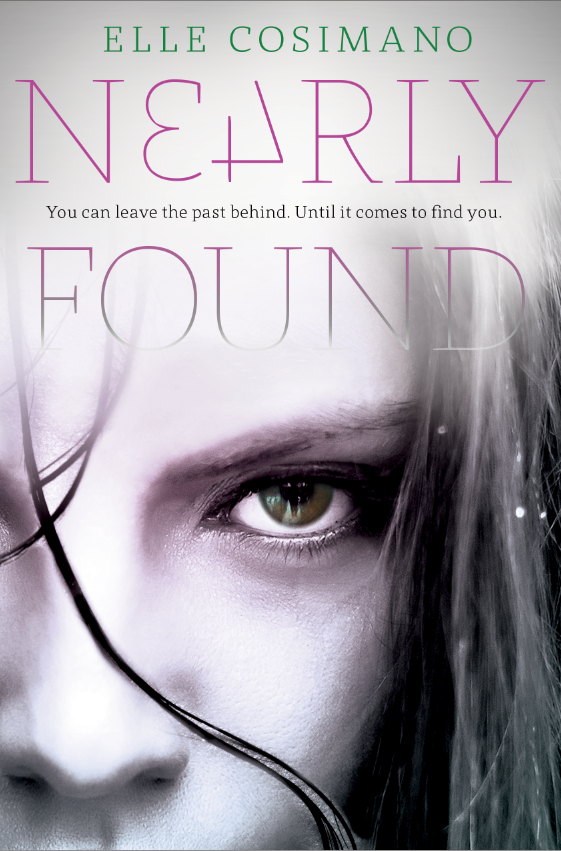