In the aftermath of the 2010 election and after digesting the analyses in print and TV, I can only conclude the media, in its zeal to keep our attention, has distorted the results.

Did Democrats lose significant ground by failing to control the House and by suffering a drop of six votes in the Senate? Absolutely. However, do they still control the Senate and its committee chairmanships that wield so much power? I think so. Is a Democratic president still in the White House? To the best of my knowledge. 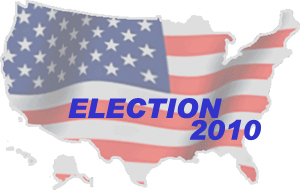 Yet the media makes it appear all is lost -- that the Tea Party is in control with Sarah Palin the supreme winner and king-maker for 2012, because it keeps us glued to our seats either with excited delight or rabid fury by those reluctant to even consider such a consequence.

Now, the facts. The big news -- uncontestable -- is Nancy Pelosi will be forced to hand over the gavel of the House of Representatives to John Boehner. However, it was only occasionally alluded to on CNN and other major outlets that many of the Obama House wins in 2008 were from tight districts, meaning it doesn't take an enormous swing to get frightened and misled voters to turn to the opposing party.

Yes, there were exceptions, but many of the losing congressional Democrats elected in 2006 and 2008 were to the right of center and not enormously helpful to Obama. They and their conservative Democratic senate colleagues were wary of appearing too progressive, lest the Republican attack machine target them for voting for such "sickening" stuff as universal health care or for a stimulus package to undo the financial mess into which the Bush alignment with Wall Street had mired us.

Now, Obama is not entirely blameless, because he was so determined to make nice with the Republican leadership instead of gathering his significant Democratic troops and acting a little more like Lyndon Johnson. Simply put, the president hasn't been tough enough and lost the respect of so many who supported him and decided to sit this election out. So, I don't agree he should now smoke a peace pipe with the GOP. He should dare them to block his programs and, in so doing, come up with something better.

But beforehand, and during these next two months, still with a large congressional majority, he should get Pelosi and Senate Leader Harry Reid to ram through as much legislation as possible -- including an end to "Don't Ask, Don't Tell" and as much immigration and environmental reform as possible. What does he have to lose? The programs effected may actually work, and if the public is able to see results there could well be a significant turnaround in 2012.

Let the GOP leadership shout -- like the bullies they have been with their tantrum-like behavior the moment Obama took office. You know, when a bully is faced up to and given a punch in the stomach, he usually keels over. The Republicans are full of hot air. Sarah Palin, too. She tried to resurrect her reduced stature after she resigned as Alaska governor by hitching herself to the Tea Party movement.

She allowed them to do the spade work, fomenting groundless fears of what Obama was trying to accomplish. And as they organized candidates to run against mainstream Republicans in party primaries she supported a number of them who won the nomination. But let's look at the results.

Christine O'Donnell in Delaware lost. Sharron Angle in Nevada lost. The latter two in contests most prognosticators predicted would be easy victories for experienced GOP candidates. Also, Dino Rossi in Washington state was defeated and Carl Paladino in New York lost the governorship contest. Not to mention Carly Fiorina and Meg Whitman in California. Likewise Ken Buck in Colorado. And the topper, Palin's own candidate in home state Alaska, Joe Miller, who beat the incumbent senator Lisa Murkowski in the party primary has apparently lost -- and to a write-in campaign.

Yes, there were victories, but where? In conservative South Carolina and Kentucky? In Arkansas, where Blanche Lincoln was a Democrat in name only? In Florida? That's normally a Republican state, even though Obama had won in 2008, and in the gubernatorial race, the Democratic candidate Alex Sink lost by only 1%.

Only Russ Feingold's ousting was extraordinary and he was possibly hurt by his renegade status among Democrats, who were displeased when he sometimes voted against liberal legislation because it didn't go far enough. In fairness, the Illinois senate seat was turned around, but the GOP victor won by only two points and the Democratic governor was re-elected. Yes, Joe Sestak lost in Pennsylvania, but it was a seat long held by Arlen Specter, a Republican who only became a Democrat out of fear he'd lose the Republican primary.

The other turnarounds were due to retiring Democratic Senators in Indiana and North Dakota, not known as progressive states. Yes, Obama miraculously carried Indiana -- the first time a Democrat had done so since 1964, but 2008, with the war and economic tumult, made the results that year unusual.

So, is Palin so invincible, and, if not, why can't Anderson Cooper keep himself honest? He often accentuates things out of realistic proportion. And he's not the only one. Network news is all about drama and "what ifs." I'd really love it if NBC's Brian Williams, CBS' Katie Couric and ABC's Diane Sawyer told it like it really is. But instead they take a legitimate political turnaround and turn it into hysterical overdrive instead of sober analysis that explains politics is not nearly so scientific. That the electorate is fickle, and a large percentage will turn on a dime, because they vote viscerally without studying about the issues.

Indeed, the health care program many people deride and fear hasn't even been given a chance. But even so, the Tea Party zealots and GOP leadership have successfully convinced folks it's already reaped a nightmare, even though most of its components have not been put into play and may well surprise them in a positive manner when the day finally comes.

2012 is two years away and so much awaits. Who would have predicted Bill Clinton's come-back or that George H. W. Bush would be in trouble after he was riding high after the first Iraq invasion? So, Barack Obama may well profit from the same sort of happenstance -- deserved or possibly not so -- when a sadly uninformed electorate goes to the polls and votes in the short run based pretty much on only what's recently been happening or how they're feeling that particular day.