The following graph should be on the front page of every single newspaper in the country. It shows, clearly and unambiguously, that the Earth has been heating up over the past 130 years (through the end of 2009), and especially over the past 30 years. And it's getting worse: the National Oceanic and Atmospheric Administration (NOAA) has just announced that the first four months of 2010 were the hottest in the entire 130-year record for the planet.

Climate change deniers have been trying hard to confuse the public and policy makers about climate change. But their claims about climate science and what we see in the world around us are based on ideology and bad science, not reality. The graph below is reality. 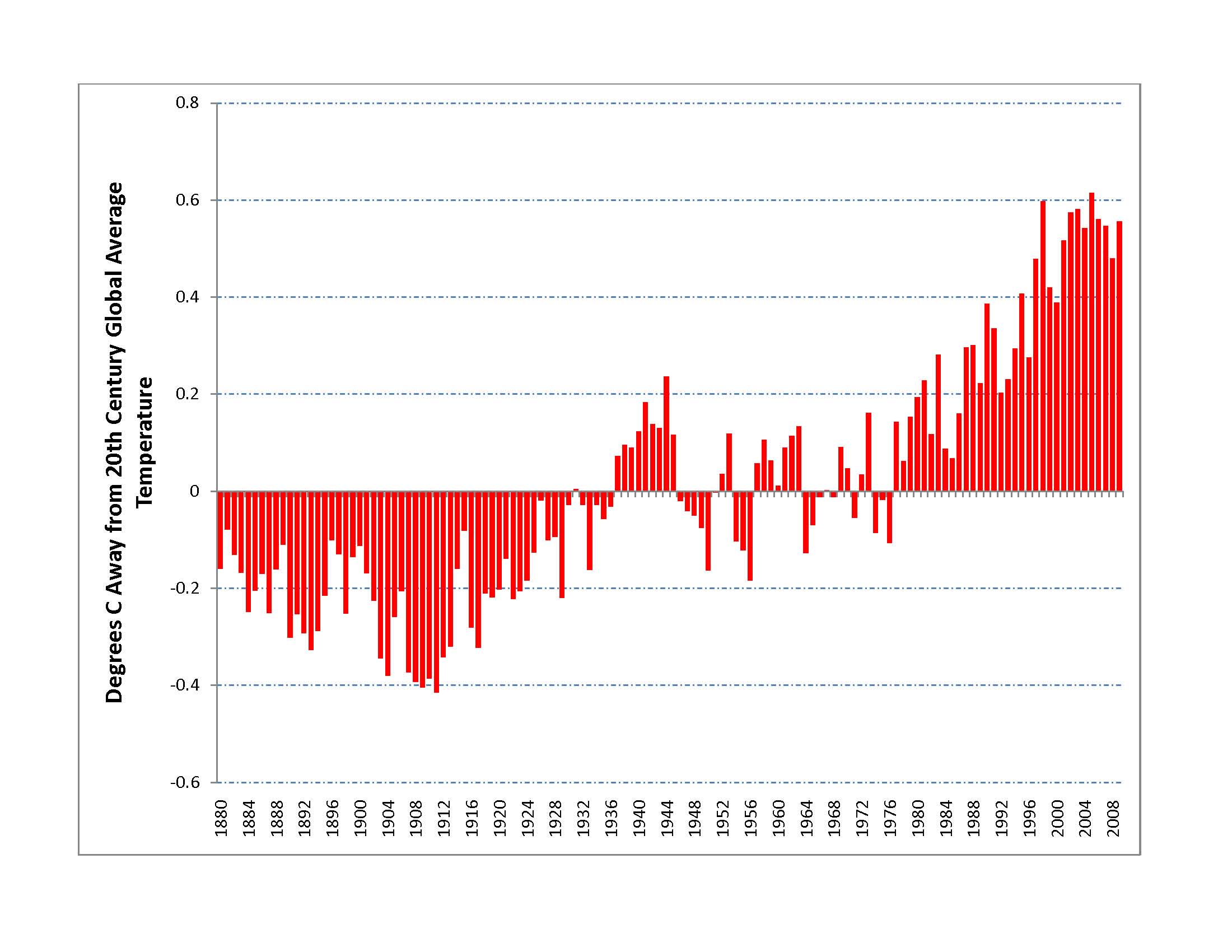 Don't be fooled when climate change deniers tell you that place A or place B was cold, or that day 1 or week 2 here or there was cold. The planet as a whole is heating up. A cold winter in Washington doesn't change that.

And don't be fooled when the climate change deniers pretend that the data are no good. They are.

And don't be fooled when they cherry-pick from these data and show you only a few years, or a partial record. That's misleading science.

And don't be fooled when the climate change deniers say this is all natural. It isn't: no natural mechanisms can explain this.

It's time to call our elected leaders and get a new plan.