Tuesday marks the 142nd anniversary of an event that forever altered the course of Chicago's development as a then-young American city, steering it toward becoming the home of some of the nation's most iconic architecture.

But on Sunday, October 8, 1871, a small fire that started on the city's Southwest Side spread quickly thanks to dry and windy conditions, grew into what would ultimately be known as the Great Chicago Fire.

The fire killed at least 300 people, left one-third of the city's 1871 population homeless and leveled some $200 million (in 1871 dollars) of property. (And, may the record show, Mrs. O'Leary and her cow were not to blame.)

(Scroll down for historic images from the fire.)

The Chicago History Museum commemorated the anniversary by honoring the Chicago Fire Department while members of the Chicago Fire major league soccer team -- including their mascot Sparky! -- also joined in on a question and answer session.

Ahead of the anniversary, CHM senior curator Olivia Mahoney wrote in a blog post for the museum that she recently discovered a stunning study for H. H. Gross' Great Chicago Fire cyclorama, which had been funded in 1892 as an attraction for the World's Columbian Exposition.

The study measures four feet high and 40 feet long, according to the museum. The original on which it was based was reportedly one of the city's most popular attractions for more than a decade but was sold for scrap in the early 1900s. 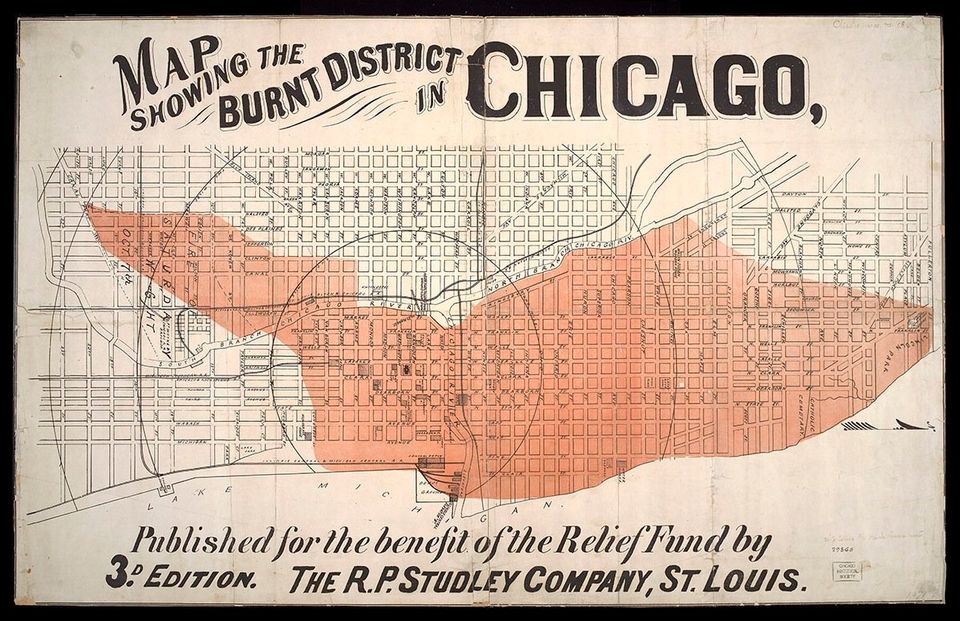