It was a beautiful thought, really.

My husband's grandparents had died earlier this year (amazingly, they were born and then died eight days apart, both having lived exactly 95 years, 9 months and 28 days).

Our family decided that, as a tribute to their 73 years together, we should combine some of their ashes to spread around the outside of the home that they shared for their entire marriage. They would have liked that.

We wanted the whole family to be a part of this celebration of their lives, including the great-grandchildren.

It was a warm summer day.

Our family made our way over to Grandpa John and Grandma Bernita's home.

Our daughter, who was 2, was trying desperately to keep up with the bigger kids. She began to run too fast and then fell and scraped her knee on the gravel road. She sat there and contemplated crying.

I yelled to her, "Great crash!"

Her father yelled to her, "Nice one, honey!"

Her brother, the nicest one of all of us, immediately stopped running, turned around and scooped his little sister up for a hug and even feigned astonishment at her barely reddened knee. My husband and I rolled our eyes at each other. He was making us look bad, again.

As we approached the house, I noticed that my son was looking a little nervous. He knew what was going on. Along with being a huge sucker for his sister, he is an introspective child, and had a lot of questions during his great-grandparents' funeral. He had at least an idea that the strange powdery dust that his Papa carried was once his great grandparents. This was an idea that even I was having a hard time reconciling. 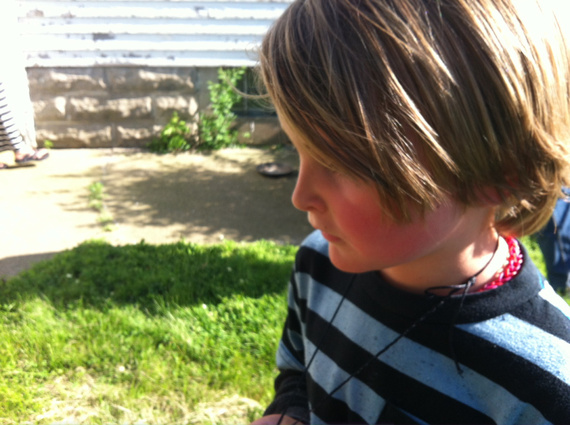 I admit I was nervous too. The occasion felt momentous. I tried to picture where I might want my own ashes to be spread someday. I thought of my own great-grandchildren reaching into a container and sprinkling me on my favorite hill, next to my favorite tree.

My daughter was not nervous. She obviously didn't know what the heck was going on. But we thought it would be important for her to participate in this family celebration of life. And to document it.

Which may have been a mistake.

The big kids took their turns. Scooping the ash, gently scattering it through the grass and flowers and underneath the apple tree.

And then it was my daughter's turn.

Here I am documenting this beautiful symbol of family. Of love. Of the passage of time. Of multiple generations of family. 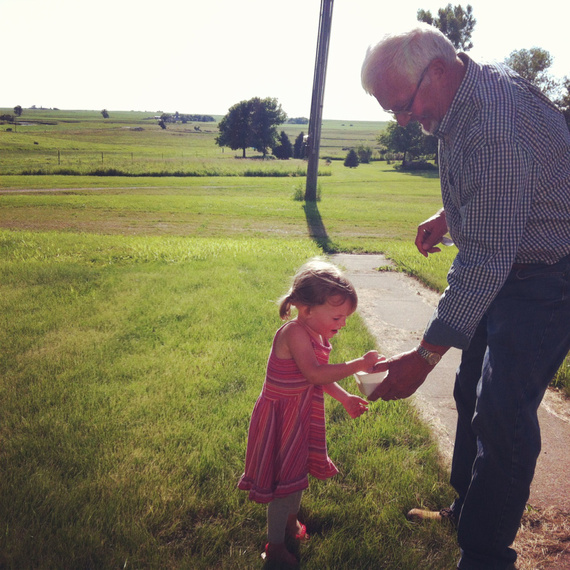 She grabbed a great big handful of ashes. 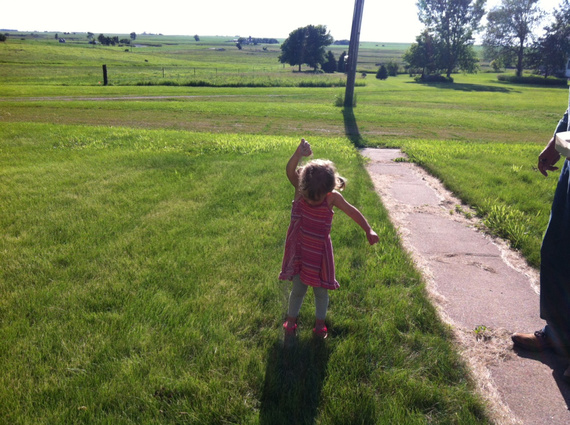 dumped the ashes on her head.

And she even rubbed it around a little. 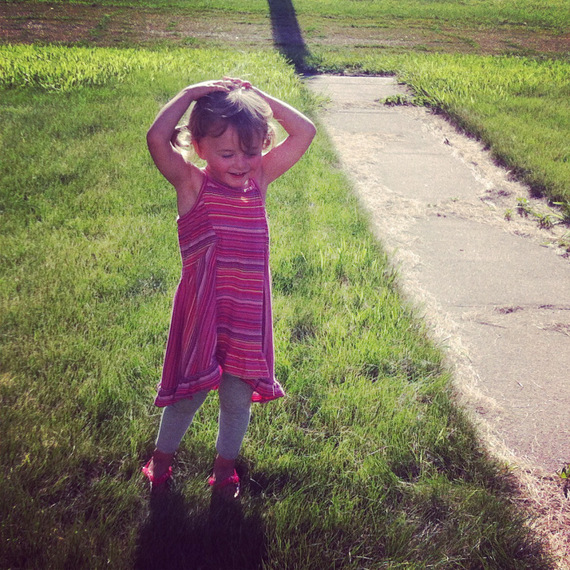 I'm not really sure what she thought it was, but doesn't she look absolutely gleeful?

"It's like sunshine! And happiness! Right in my hair!"

There might have been some shrieking then. By me. By the bigger kids. I'm not really sure. But I think she finally figured out that something was wrong when everyone began to simultaneously shout at her that she needed to get into the bathtub. Right. Away.

It takes an incredible amount of soap to get human ash out of hair. Another fact that I never in a million years thought I would need to know.

I do know that my husband's great grandparents were laughing.

And, eventually, we did too. After a couple bottles of shampoo and some serious scrubbing.

More:
Toddlersparents-toddlersgenerationsKidsMotherhood
Newsletter Sign Up
Raise the kind of person you'd like to know
Subscribe to our parenting newsletter.
Successfully Subscribed!
Realness delivered to your inbox