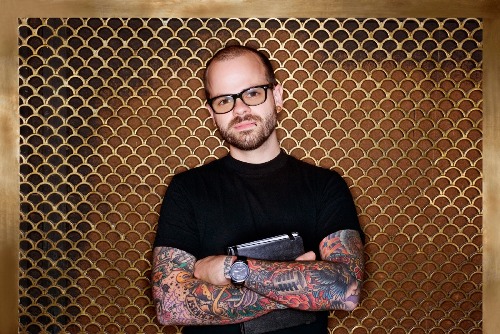 Some of my dearest friends are gay.

Most of my dearest friends are Christians.

And more than a few of my dearest friends are gay Christians.

As an evangelical, that last part is not something that, traditionally and culturally, I'm supposed to say out loud. For most of my life, I've been taught that it's impossible to be both openly gay and authentically Christian.

When a number of my friends "came out" shortly after our graduation from Wheaton College in the early '90s, first I panicked and then I prayed.

What would Jesus do? I asked myself (and God).

According to biblical accounts, Jesus said very little, if anything, about homosexuality. But he spent loads of time talking, preaching, teaching and issuing commandments about love.

That was my answer: Love them. Unconditionally, without caveats or exceptions.

I wasn't sure whether homosexuality actually was a sin. But I was certain I was commanded to love.

For 20 years, that answer was workable, if incomplete. Lately, though, it's been nagging at me. Some of my gay friends are married, have children and have been with their partners and spouses as long as I've been with my husband.

Loving them is easy. Finding clear theological answers to questions about homosexuality has been decidedly not so.

That's why I'm grateful for a growing number of evangelical leaders who are bravely offering a different answer.

In his new book Fall to Grace: A Revolution of God, Self and Society, Jay Bakker, the son of Jim Bakker and the late Tammy Faye Messner, gives clear and compelling answers to my nagging questions.

Simply put, homosexuality is not a sin, says Bakker, 35, pastor of Revolution NYC, a Brooklyn evangelical congregation that meets in a bar.

Bakker, who is straight and divorced, crafts his argument using the same "clobber scriptures" (as he calls them) that are so often wielded to condemn homosexuals.

"The simple fact is that Old Testament references in Leviticus do treat homosexuality as a sin ... a capital offense even," Bakker writes. "But before you say, 'I told you so,' consider this: Eating shellfish, cutting your sideburns and getting tattoos were equally prohibited by ancient religious law.

"The truth is that the Bible endorses all sorts of attitudes and behaviors that we find unacceptable (and illegal) today and decries others that we recognize as no big deal."
Leviticus prohibits interracial marriage, endorses slavery and forbids women to wear trousers. Deuteronomy calls for brides who are found not to be virgins to be stoned to death, and for adulterers to be summarily executed.

What we read as "homosexuals" and "homosexuality" actually refers to male prostitutes and the men who hire them. The passages address prostitution -- sex as a commodity -- and not same-sex, consensual relationships, he says.

(The word "homosexual" first appeared in an English-language Bible in 1958. Bakker is part of a group petitioning Bible publishers to remove the words "homosexual" and "homosexuality" from new translations and replace it with terms that more precisely reflect the original Greek.)

"We must weigh all the evidence," Bakker writes. "The clobber scriptures don't hold a candle to the raging inferno of grace and love that burns through Paul's writing and Christ's teaching. And it's a love that should be our guiding light."

Bakker's clear voice on homosexuality is not alone in the evangelical community.

Tony Jones, a "theologian-in-residence" at Minnesota's Solomon's Porch, one of the pre-eminent "Emergent'' churches in the nation, echoes many of Bakker's arguments. Peggy Campolo, wife of evangelist Tony Campolo, has been saying this kind of thing for years, despite her husband's disagreement.

And while he stops short of explicitly saying "it's not a sin'' in his 2010 book, A New Kind of Christianity, Brian McLaren, godfather of the Emergent church movement, condemns a Christian preoccupation with homosexual issues as "fundasexuality.''

"We could really use someone like Rob Bell to step forward and say this, too,'' Bakker said in the interview, referring to the 40-year-old pastor of the Michigan megachurch Mars Hill and author of bestselling books such as Velvet Elvis and Sex God.

Bell, a classmate of mine at Wheaton, is a rock star in emerging Christian circles, despite eschewing the "Emergent" label or any other apart from "Christ follower."

Only time will tell whether more evangelical leaders -- Emergent, emerging or otherwise -- will add their voices to the chorus calling for full and unapologetic inclusion of homosexuals in the life of the church.

But I'm sensing a change in the wind (and the Spirit.)

Might the evangelical church be on the verge of a Gay Awakening?

I prayerfully hope so.

A version of this column first appeared via Religion News Service.

Cathleen Falsani is author of Sin Boldly: A Field Guide for Grace, The Dude Abides: The Gospel According to the Coen Brothers and The God Factor: Inside the Spiritual Lives of Public People.