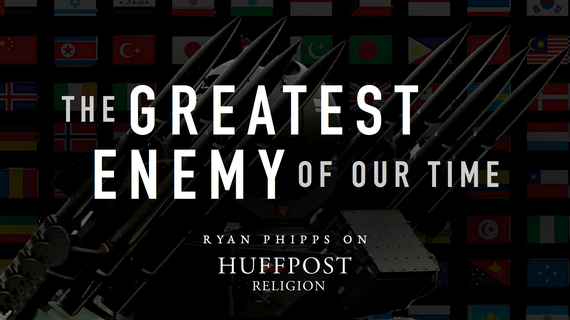 In the third chapter of The Book Of Daniel, there's a familiar story that you may have heard as a child.

The antagonist of the story is a king by the name of Nebuchadnezzar. He ruled the Neo-Babylonian Empire from 605 to 562 BC.

Under his leadership, Babylon became the most powerful city-state in the known world.

Nebuchadnezzar accomplished this by consolidating his power through violence, oppression, mass deportations, and instilling fear in those that he conquered.

The story goes on to say that Nebuchadnezzar builds a giant golden idol and commands everyone under his rule to bow down and worship it or they will be killed.

And the protagonists in the story, three Hebrew men by the name of of Shadrach, Meshach, and Abednego refuse to bow down to the idol even though everyone else does, so Nebuchadnezzar has them thrown into a furnace.

Then something strange happens. When they are thrown into the furnace, they don't burn up. As Nebuchadnezzar is looking into the furnace he sees, not three, but four figures walking around- one of them which looks like an angel.

The three men emerge from the fire unharmed, Nebuchadnezzar astonished by their courage.

That's the story in a nutshell.

With all that's going on in our world and more specifically in our country as of late, this story has some things to say that couldn't be more relevant for us today.

Make no mistake about it. If we're going to live as a people of conscience, we will (often) be forced into places in our lives where what we believe is tested by fire.

It takes courage to stand up for what one believes, especially in times like these.

I would posit today that these three men didn't refuse to bow down to this idol simply because it was an idol.

Idols are just material. They are made of metals, wood, or stone. They have no power in it of themselves. That's pseudoscience. But the ideas (and ideals) that an idol represents give it its "power," if you will. And I think this is why these three men refused to bow to the idol.

Everything that this idol represented, followed all the way to the end, would only continue break the world.

Only one version of God was legally permitted to be worshipped under Nebuchadnezzar's reign- his own version of God. A God of Violence - a God of War - an oppressive tyrannical God who only dealt with people using intimidation and threats.

And how did change come?

Someone had to walk into fire for what they believed.

One of our staff shared a story with me this past week.

The story was written by a woman named Jamie Davenport. I've never met Jamie, but her recollection of an event she recently witnessed illustrates beautifully what it looks like to stand up for what one believes.

Something disturbing happened last night on my commute.

I was sitting in the corner of the Red Line T car, closest to the conductor when a group of about 8 black teenagers entered.

I noticed their presence because of how loud and rowdy they were being.

I was very much the same kind of kid when I was that age.

Smiling to myself, I turned up the music in my headphones.

I noticed another boy sitting across from me. He entered the train with the other kids. He was also black and about their age, but was not a part of their group.

From his body language it was obvious that he was uncomfortable being in the same car with the kids.

At the South Station stop, the conductor's door swung open and the conductor told the kids to quiet down. They mouthed off to her, so she stopped the train and called Security.
I took my headphones off and started listening.

The guard, a white man, walked onto the train and quickly announced that he was calling the police and that the train will not move until they arrived.

I listened in to the kid's conversation around me. They were making a game plan for what they would do if the police started shooting at them.

I glanced up at the boy across from me. He was squirming. I could tell he wanted off the train. He started texting. I assumed he was telling someone what was happening.

The girl next to me, who was with the kids said, "Sorry for messing up your ride."

She asked me, "Are you upset?" I responded, "Yeah, I guess I am. I just don't understand why they are calling the police."

She responded, "It's because we are black."

The police arrived and everyone was calm- eerily calm. They stepped onto the train and told the kids if they got off they could get on the next train and go home. The kids accepted the offer and began to get off.

The boy across from me and I were the only people left on the train. I started to put my headphones back on and the police reentered the car. They looked at the boy and said, "We said everyone in the group has to get off."

The boy responded, "I don't know them."

The officer fired back, "It's an order. Everyone in the group has to get off."

I started collecting my bags to get up to leave the train and the officer looked at me and said, "Not you. You're not in the group."

The officer put his hand on the boy's shoulder and started to guide him off the train.

In a moment of rage I stood up and screamed, "He doesn't know those kids!"

The officer looked back at me and said, "Is that true?"

"Yes! And it was true when he said it too!" I responded.

The police released the boy and he sat down across from me again.

We shared a moment of blankness and then tears began to well up in both of our eyes.

He pointed to the seat next to him and said, "That was because I'm black, wasn't it?"

He looked down at his shirt and said quietly, "I'm just happy they didn't hurt me. That would destroy my mom."

He responded, "With all that's going on in the world I'm so scared all the time."

The train rattled into my station and I shook his hand.

He thanked me for standing up for him.

I exited the train and watched it pull away and I wept. I wept in a way that I never have before.

*I had to shorten Jamie's story a bit to so it would fit here. You can read the full story here if you wish.

THE GREATEST ENEMY OF OUR TIME

Did you know that people are not the enemy?

Did you know that the police are not the enemy?

Did you know that the government is not the enemy?

Did you know that different religions are not the enemy?

As hard as it might be for you to imagine, did you know that a political candidate is not the enemy?

There is one enemy to be eradicated that causes so much harm in the world. The enemy is fear.

And with all that is going on in our world today, it's so easy to point the finger at people. But this gets us nowhere. It only further bores into us the flawed idea that if we just get the right people in the right places that everything will be okay- and you know what? It won't.

Nothing (absolutely nothing) will change until we stop making decisions based on our fears.

We need to look at life for what it really is.

We need to see people for who they really are.

The most irresponsible thing in the world is to judge someone before you get to know them.

All good things are hard won.

They are won with bruises of the ego.

They are won with self-confidence traded in for self-sacrifice.

Change (lasting change) comes in excruciating increments. Doing what's right in this life doesn't always look like winning. It looks like service, humility, and standing in solidarity with the marginalized.

Nebuchadnezzar's god throws people into the fire. The God of Shadrach, Meshach, and Abed-Nego is revealed in the fire.

And my question to you today is a difficult one.

Are you stepping into the fire with people, or do you stay silent outside of the furnace, going along with what everyone else is doing because you are afraid of manmade power?