Whether they're building up the protagonist's self esteem or talking them up to other characters, if dating is an adventure (which it certainly can be), a wingman is there to help support the leading character. It isn't someone who is just a good "bro," but a person that's there to assist in every way possible. It's a selfless act.

Let's take a moment to reflect on some of classic literature's greatest wingmen, and the traits that make them so selfless and... wait for it... lit-er-ary. I'm sorry. 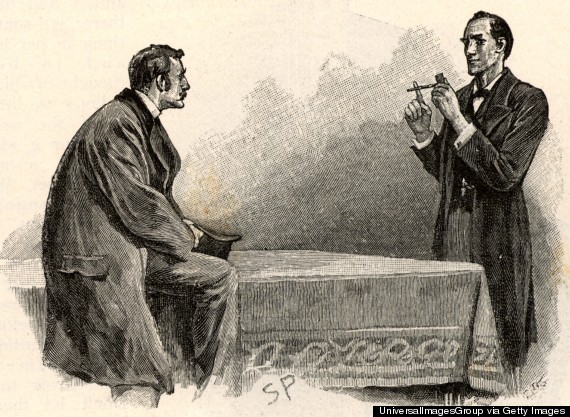 One of the most important traits a wingman can have is the ability to tell awesome stories about the person they are supporting, to be there to talk about just how great their friend is.

Watson didn't just tell the occasional story about Sherlock. A majority of Sir Arthur Conan Doyle's Sherlock Holmes stories are told from the perspective of Watson. Books upon books of them.

So yeah. Best. Wingman. Ever.

Horatio to Hamlet (Hamlet): A great wingman is able to talk some sense into their friend, no matter how out of control he might be getting. And while Hamlet certainly goes down a steady spiral of destruction, he does have Horatio to turn to for rational discussion.

Also, wingmen are supposed to be able to sing their friend's praises. Considering Horatio is the only person that survives the play, that's basically his job now.

So go forth, wingman Horatio, and tell the story.

Celia to Roselind (As You Like It): I'm sorry, did you think wingmanning was something reserved only for male characters? Not a chance. Go wingwomen!

Before he gets exiled, the handsome Orlando falls in love with Roselind, which prompts her banishment from court by Duke Frederick. She goes on the run with her best friend, Celia, and their jester Touchstone.

First, let's talk about Celia running away. The only reason Roselind was allowed in the court to begin with was because she was a childhood friend of Celia's. So Celia left, even though she didn't have to, in order to support her friend. And not only does she leave, she dresses up in simple clothes, takes on a faux name, and puts up with Roselind's incredibly complicated pursuit of Orlando.

She didn't have to do any of that. But she supports her friend, through and through. Such a good wingwoman.

Elizabeth Bennet to Jane Bennet (Pride & Prejudice): Wait, can family members be wingmen for one another? Of course they can, silly. Lizzy plays a key role in reuniting Jane and Charles Bingley, who was scared off by his sisters and Darcy.

Lizzy not only looks out for Jane and the people closest to them both, but actively pursues ways to make them happy. She's a great wingwoman.

Herbert Pocket to Philip "Pip" Pirrip (Great Expectations): An excellent wingman isn't just there to talk up their friend. A wingman is there to help get that friend out there in the first place.

In Charles Dickens's Great Expectations, Herbert plays wingman to Pip by teaching him how to be a gentleman. He also gives him a home, welcoming Pip to share his apartment.

It doesn't stop there though. Not only does Herbert teach Pip about the ways of the world and offer him a home, but he supports him on his adventures, like the caper with Magwitch and rescuing him from Orlick.

And later on in the story, even at Pip's lowest, he does it all yet again, there for his friend no matter what. A great wingman, that Herbert.

Virgil to Dante (Dante's Inferno): As we've seen with Herbert and Pip, a great wingman knows when their friend is having a hard time, and is there for them, to pick them up and get them back on their feet.

When Dante finds himself at his lowest, Virgil swoops in and rescues him. And then, not only does he pick him up, but he takes him on his epic quest to find Beatrice.

I mean, Virgil takes Dante through Hell, like, actual Hell, to locate his dream woman. THAT is some serious wingmanning. 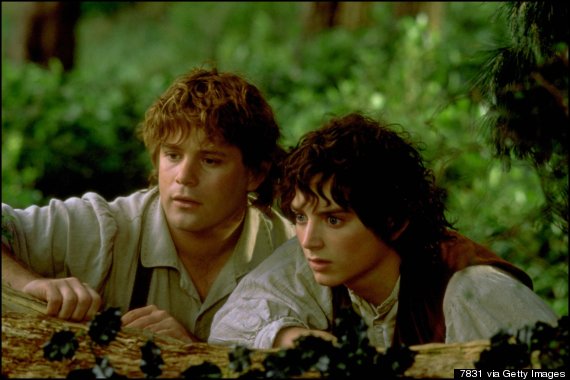 Samwise Gamgee to Frodo Baggins (Lord of the Rings): Along with Meriadoc "Merry" Brandybuck and Peregrin "Pippin" Took, Sam is one of the three Hobbits who accompany Frodo Baggins on his quest to destroy the One Ring.

Much like Herbert to Pip, Sam embodied the best friend everyone needs when taking on a huge life undertaking. And like Virgil to Dante, he's the guy that's there every single step of the way, no matter how hazardous and treacherous things might get.

This is absolutely the sort of wingman you want.

And come to think of it, Merry and Pippin are pretty great wingmen for each other through the book. They go through a lot together, and stick it through.

Bonus: Frodo returns the favor of Sam's loyalty by becoming a wingman to him and Rosie in the film adaptation of Lord of the Rings, tossing him into Rosie's arms in the first film during a dance, and bringing him home to Rosie in the end.

Huckleberry Finn to Tom Sawyer (The Adventures of Tom Sawyer): If there's one thing you can take away from these two, it's that best friends absolutely make the best wingmen ever.

Just look at the friendship that blossoms between Sam and Frodo. Best friends stick together no matter what, even when one of them is kind of the worst. Looking at you, Tom. 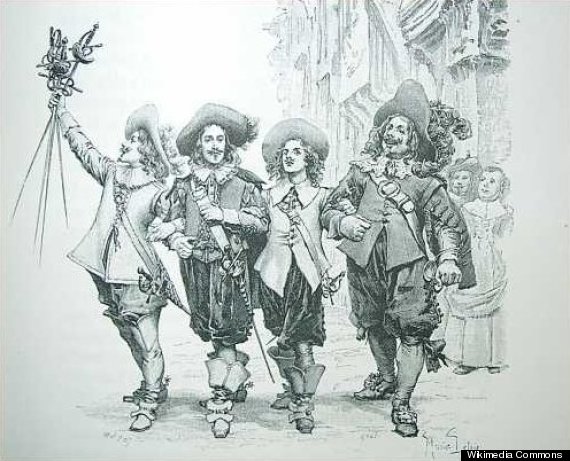 Abbe Faria to Edmond Dantes (The Count of Monte Cristo): Alright, let's get a little more detailed about some of Alexandre Dumas' characters.

After Edmond is set up by a number of people that are close to him (in the films, Fernand is often portrayed as the ultimate wingman, a best friend and colleague, that betrays him) and accused to be a traitor, he's sentenced to life imprisonment in the terrible Chateau d'If.

While here he meets Abbe, who not only aids Edmond in his escape, but spends his final years giving him a proper education and directions to a massive treasure, which help him secure his revenge.

The Mad Priest. An awesome wingman to the end.

Eric Smith is the author of the new book The Geek's Guide to Dating.