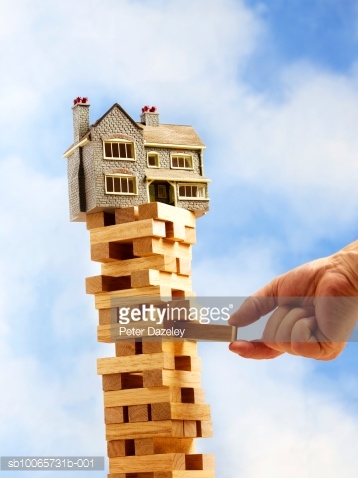 Ever play the game Jenga? The game begins with a carefully constructed tower of individual bricks, and then proceeds as each player removes a brick and tries to keep the structure together. Today's headlines regarding the latest Greek bailout got me thinking about this maddening game, as I imagined Greece being removed from the Eurozone and the whole stack falling down. I believe the future of the Eurozone is at stake, and the harsh nature of the bailout could also affect the rest of us around the world. That's one intense round of Jenga. To understand how this is possible, we need to go back to the beginning.

Sifting through the millions of news items and blogs on the ongoing Greek saga over the weekend, I stumbled upon an article written in 1997 before the euro existed, by one of my economics and philosophical heroes Milton Friedman (click here for the article). In the article "The Euro: Monetary Unity to Political Disunity," Friedman argued that:

The aim [in creating the Eurozone] has been to link Germany and France so closely as to make a future European war impossible, and to set the stage for a federal United States of Europe. I believe that adoption of the Euro would have the opposite effect. It would exacerbate political tensions by converting divergent shocks that could have been readily accommodated by exchange rate changes into divisive political issues. Political unity can pave the way for monetary unity. Monetary unity imposed under unfavorable conditions will prove a barrier to the achievement of political unity.

In other words, while having a Eurozone is an admirable goal, the countries are way too different to make it work. And if pre-conditions aren't satisfied, and if countries don't obey rules, it's going to be a disaster for political stability. Then and now, Europe has citizens who speak different languages, eat different foods, take naps at different times, and have disparate attitudes about how long their work weeks and vacation allotment should be. How could they possibly behave similarly enough as economic agents to support a single currency? However, surprising many skeptics including myself, the countries worked hard to make the Union work, and the euro was created and exists with additional members, 15 years later. Part of this success can be attributed to the construction of the Jenga tower: defining the rules of play.

In order to have an environment supportive of one currency, countries would have to 1) behave and obey certain rules; and 2) agree to support each other in tough times. Without unity on these fronts, specifically political unity, the Eurozone would likely hemorrhage during the first shock to the system. Political unity in this case doesn't mean everyone must be liberal, or conservative. It means that there must be a common underlying agreement on how much the government spends relative to the size of its country, so that its debts don't get too large as to rock the whole system. The 2008 world financial meltdown was the shock that laid bare the tenets of the Eurozone experiment. Sadly, the case of poor, small Greece, is stressing the entire political framework of Europe and its currency, because the rules are now under stress.

Let's go back to rule number one of Eurozone club membership, behaving and obeying. I would argue that the bulk of Greece's misbehavior was done prior to 2008 -- as in fact the country essentially lied about its accounts in order to get euro membership in the first place. However, since the crisis, Greece hasn't sat by and cashed in welfare checks while watching television (though its bailout packages were enormous). Several reforms were passed, and the labor market was crushed in an effort to make the country more competitive. Greece's youth unemployment is around 60 percent, wages have fallen by five percent a year since the crisis, pensions have been slashed, and the economy still cannot grow. After several years of reforms, with no growth and no debt relief, the Greeks found that the bitter medicine wasn't working. The reform push stalled, and reversed. The country failed to reach recent targets, and in the last election the population mandated the government to stop austerity.

And now let's go back to rule number two -- Eurozone members agreed to support each other in tough times. To date, the Eurozone has contributed billions in new aid, and extending debt at more favorable terms, but with tough strings attached. The non-Greek taxpayers are sick and tired of paying for "yet another" bailout package for a country they believe isn't doing enough (or suffering enough?). If Greece is kicked out of the Eurozone, it will suffer enormously. Poverty will spike, basic goods and money will not flow, and violence will rise. Desperate times make people, well, desperate. It wasn't too shocking to recently witness Greece's leaders hanging out with the likes of Putin; it's in no Western country's interest to hand more control or influence over Europe to him. Meanwhile, the world is not free of political turmoil nearby. The growth of ISIS in Africa and the Middle East, the chaos surrounding Syria, the instability of the Russia/European borders, and China's push to become a world power, all argue that this is the time for Europe to act as a united front, not abandon the weak countries on the fringes.

Unity in the Eurozone is getting worse. Relationships both within and across countries are strained. Radical factions are rising in power in many countries, and nationalistic tendencies are growing. While it's hard to see at first glance, Greece's membership in the euro could be the one Jenga piece that if removed, could lead to the whole stack falling down the road. Various factions across Europe identify with the Greek cause, and discontent can spread rapidly. Leaders are rightly worried that Italy, or Spain, or even France could be the next country further down the road.

Unlike the game, instability and breakage doesn't need to be a guaranteed outcome. I think a stable, cohesive Europe is better for the world, and now that they have the euro, I hope it stays. It's time for other countries such as the United States to care that Europe doesn't turn into more fodder for extreme groups to take root and fester. It's time for Europe to stop playing the game, stop the extreme conditionality of the loans, and keep the structure together. 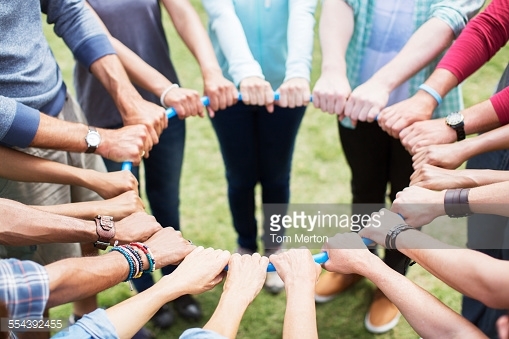