As the bodies of the eight executed men return to the their families, we in Australia and elsewhere, are left reeling by the life and death drama of the last few days.

There were the two neighbouring powers, the calls for mercy, the king like final decisions taken by Joko Widowo, the location dubbed Execution Island, the grim Will they? Won't they?, the pained faces of families anticipating their grief and the nine people whose stories we now know, only one of whom is still alive.

Four Nigerian men, all couriers, Martin Anderson, Jamiu Owolabi Abashin (officially Raheem Agbaje Salami), Silvester Obiekwe Nwolise and Okwudili Ayotanze, the gospel singer from Biafra. You can see him here singing 'God Bless Indonesia' and yes that is a guard in uniform on the keys.

The Brazilian, Rodrigo Gularte, first diagnosed with schizophrenia at 16, who struggled with the voices in his head, spoke to animals and who, despite the efforts of those around him, did not understand he was going to be executed until just before the act was done.

The sole Indonesian Zainal Abidin, whose legal appeal was yet to be heard by the courts.

The two Australian men, Andrew Chan and Myuran Sukumaran, whose much touted reformation can pay tribute to both them and the prison that allowed Chan to baptise other inmates and Sukumaran to produce a litany of evocative paintings. Whose own jailers spoke for mercy and whose fellow inmate offered himself up in place of Chan. Andrew Chan who married Febyanti Herewila in his last days. 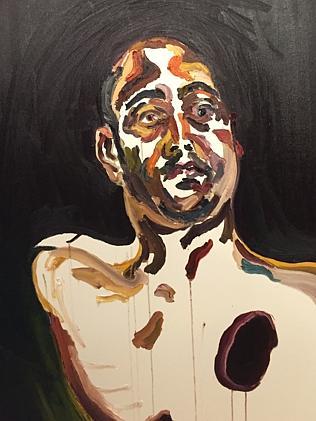 Then throw in the diplomatic posturing, the east west rhetoric, the cries of foreign barbarism and domestic hypocrisy, the hashtags #goodriddance, #istandformercy. Proclamations of colonial interference. The near impossible task of taking the political pulse of one of the world's largest democracies.

There were also the evasive statements, by those ducking behind cultural relativism. When people say, how the Indonesians deal with drug offences is due to cultural differences, it makes me cringe in the way that if Australia's handling of asylum seekers were to be described as 'The Australian Way'.

Don't forget the petty insults, the denial of spiritual advisors known to the men, the announcement of their execution on ANZAC day, which however you look at it, is a day Australians take personally. The delayed declarations of death.

Finally, Filipina Mary Jane Veloso, single mother of two, an overseas domestic worker, who was given an eleventh hour reprieve, whose family heard the gunshots they thought had killed her, before finding out, on the news, that her life had been spared, for now.

If it was written, it would not be believed.

The families were all together waiting, in the middle of the night, in a tent within earshot of the killing fields. The men to be executed, who refused blindfolds and sang hymns together, Amazing Grace. Ten rifles to one beating heart, three live bullets. A cold algebra to assuage the henchmen and ensure the deed.

Which leaves us amidst the noise and the chatter, the rancor of facebook rants and 'Here, here's, the teenage boys on the train, K-mart nametags on their shirts, giving their two cents.

We also hear the words of the moment of lucidity from Rodrigo Gularte when he was tied to his cross and he finally understood he was to be executed:

'This is not right, I made one small mistake and I shouldn't be having to die for it." 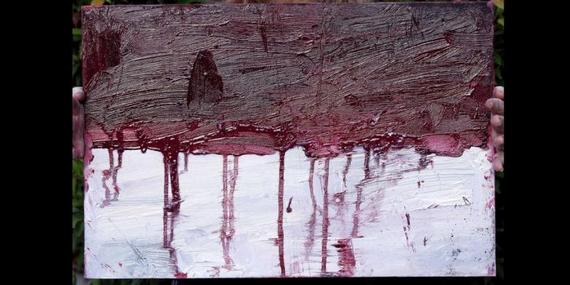