"What would it take to gain acceptance/To the grounds behind your eyes..."

Over the past decade, I've been able to easily hashtag her as #happy, #sad, #angry, #tired, #exuberant, and so on. She was the USA Today. A swift, easy read. Colorful and pleasant. Today she's all Sunday Times. Inspiring and thought-provoking, but I never could make it cover to cover on that beast.

My nearly 11-year-old girl is increasingly a composite sketch of a young woman, a Rubik's Cube of grayscale, wheels within wheels, but I'm the one contorted, a jumbled mess of a square. While not classically mercurial, she's no longer a perpetual glitter rainbow. There are shadows being cast where there was once only abundant light. 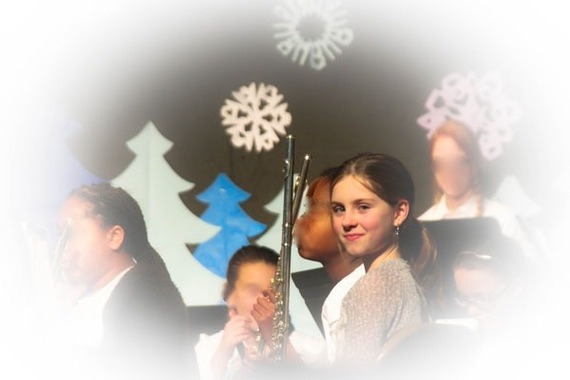 More often than not, now, I have only faint slivers of ideas as to what she might be thinking upon returning home after a day at school, when she hears a new song, or when she looks into my eyes. Worse yet, when our eyes meet, I don't feel the same kind of love I've come to expect and savor from her, and if I let myself fall apart, I'd quickly be a wicked witch's puddle of salty tears at her feet. I'd then be that much easier to step over or around on her way forward into life.

There's a distance in my oldest daughter's gaze that I am not familiar with seeing, and it's everything I've got to keep myself composed, something I've been having trouble accomplishing in recent weeks. One morning, while dropping her off at school, I admitted out loud that I'm nervous, that I don't know if I know what I'm doing as a parent anymore, that I love her more than anything but that I'm so damn afraid. It was a Kerouac-ian stream-of-consciousness emo-dump, and it was extremely unfair of me to drop that on her with so much vague adult-ness. Keeping my cards close to my chest is also something I've never been any good at doing.

My urge, my only urge, is to wrap her up in my long arms and hold on dearly while the quietest storm passes over us -- only I'm pretty sure there is no storm on the horizon at all. This is growing up. This is riding the seesaw between goofy kid and complex young adult.

Keep it together, Jeff, for you know in your heart that it only gets better.

Over the past decade I've been a main character in her story, but like a fading old actor in the cast of a long-running drama, I'm seeing fewer and fewer lines written for me in the script. The narrative is shifting, our world is changing, and relevance is a b*tch to maintain.