This morning it happened. The Palestinian residents were warning, The Association for Civil Rights in Israel published a detailed report on that threat and it was even reported in the Israeli media. But for the family of Samer Sarhan it will never help. Sarhan, 32 years old, the father of 5 little children and a beloved community leader at the East Jerusalem Bustan neighborhood in Silwan, was shot dead by a guard of the settlers near the "City of David" settlement.

When I got there this morning the police has already closed the scene, and prevented people from passing, including the children on their way to school.

I stood with a group of residents that were waiting to hear and see what was happening. 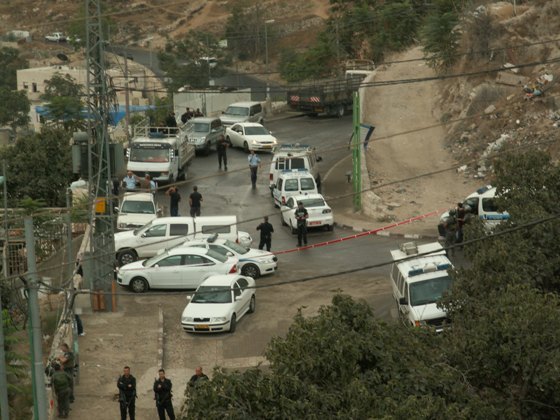 The settlers' guard, which is funded by the government of Israel, passed earlier this morning in the street with his Jeep. Like in many cases, there was some kind of friction between him and Palestinian residents. Sometimes the friction is due to some settler provocation, and sometimes it is due to the Palestinians. In any case this could vary from mutual yellings, cursings, to even hittings or stone throwing. I don't know what it was this time. The guard claims he was attacked, the neighbors claim it was a provocation of the guard. One thing is clear: the guard was armed, he used his gun (about 10 times) and Sarhan was killed.

We saw the guard reconstructing the crime scene in front of the police camera (I heard that there was an order prohibiting the publication of his name, so I put a picture of the police preparing for the reconstruction). 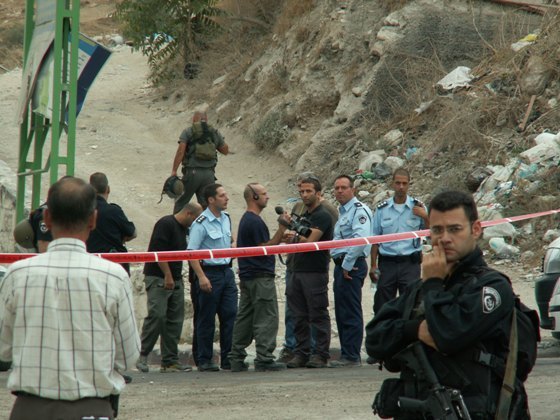 Unfortunately we will never be able to hear the victim's version of what had happened. When the word came that Sarhan had died, some young Palestinians gathered and threw their anger and frustration at the policemen in stones. The police reacted with tear gas and sound bombs.

Usually, the police has the means to deal with stoning without shooting live ammunition, but those private guards just shoot. It is a kind of an armed militia that the settlers hold, funded by the Israeli tax payers (ironically these include the Palestinian residents of East Jerusalem themselves, and also me...). They are operating independently, with no direct supervision of the police.

I am sure that the head of the Jerusalem police, who visited the site this morning, is very much concerned about the possible developments and reactions that this killing might lead to. I am also concerned. My city, Jerusalem, might be facing some bad days of riots, tear gas, arrests and violence. Unfortunately, the police and the government of Israel is actually allowing the settlers in East Jerusalem to use force that might be deadly not only for people like Sarhan, but also to all of us. I went to look for some more details about what happened. I got to the stairs where Sarhan collapsed, after running away, wounded, from the guard who apparently came after him. 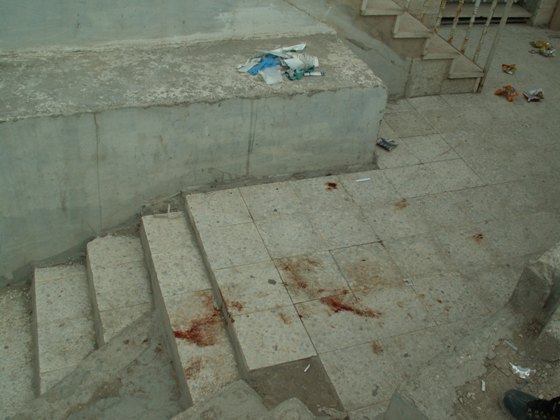 A young woman was sitting looking at the blood of Sarhan that remained on the floor, and cried quietly. I thought to myself, how easily one can take somebody's life. This guard will probably go home after giving his testimony. The file against him will be closed with no charge, just like other similar cases, and everything will go back to "normal".

The problem is that the "normal" of Silwan, where there are some 300 settlers, secured by an armed militia is way far from being normal.

See also a full analysis by my colleagues, Lara Friedman and Danny Seideman.