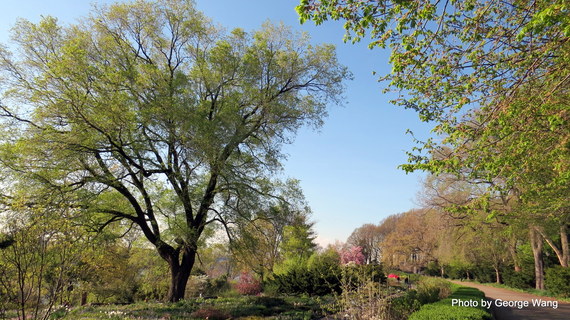 A Twitter survey shows it is "The Happiest Spot in Manhattan." It is a designated national and New York landmark; yet it remains one of the city's best-kept secrets. At 67 acres, beautiful Fort Tryon Park offers tranquility and calm amid a tapestry of plants and flowers over 200 feet above the Hudson River.

Fort Tryon Park is located on a ridge in northern Manhattan near the highest point on the island. The area was known as Chquaesgeck by the local Lenape tribe, and was called Lange Bergh (Long Hill) by Dutch settlers. Later, it was the site of the Revolutionary War Battle of Fort Washington in 1776.

Today, park visitors enjoy sweeping views of the Palisades and the Hudson River. The movement of the waters is echoed in the swaths of plants that form the three-acre Heather Garden, the super star of a stellar park.

A central pathway divides a 600-foot-long mixed border of shrubs, perennials, and bulbs from the heather bed, a carefully designed collection of heaths and heathers with companion plantings. This mix creates year-round excitement of changing blooms and color. 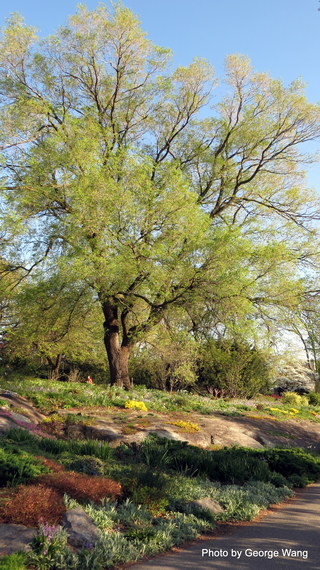 During early spring, the blooming heaths are the signature plant of the Heather Garden. They put on a show of waves of pink and white in partnership with the vivid purples and yellows of early spring bulbs. It's a signal that a happy change has arrived to bring New Yorkers out of both the winter doldrums and their apartments, and into New York City's most beautiful (yet surprisingly unknown) park. 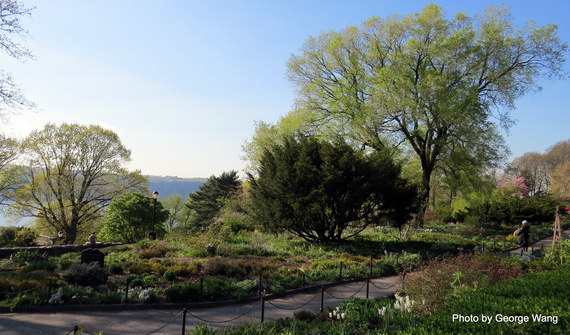 Heaths (Erica species and cultivars), usually flower from mid-winter to early spring. These are followed by heathers (Calluna vulgaris cultivars), which take over in mid-summer. Working with the Northeast Heather Society, the park's designers and gardeners have carefully selected plants that provide the year-round excitement of changing blooms and foliage color in the Heather Garden. The largest heather garden in the Northeast, it contains over 500 varieties of flowering trees, shrubs, perennials and bulbs, as well as dozens of varieties of heaths and heathers, which offer a sweep of changing colors and textures in every season. Both heaths and heathers are evergreens, with foliage of green, yellow or red that can turn silver, copper or even chocolate brown during winter months. 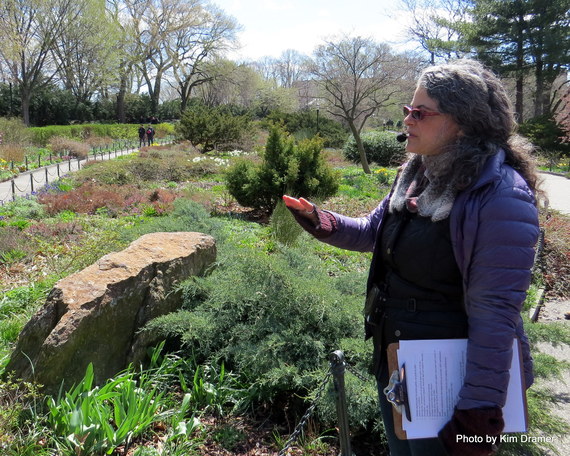 The seasonal change is a particular joy for Ronda M. Brands, horticulturist and local resident, who offers occasional tours of the Heather Garden. Ronda was invited to the Heather Garden by Fort Tryon Trust in 2009 as design partner to Lynden B. Miller, the city's icon of public garden design. They were tasked with reinvigorating the garden and developing a plan for sustaining it for the long term. Their decision was to edit the garden carefully to preserve the spirit of the original plan by the Olmsted Brothers, whose father was the designer of Central Park. Their design features an overarching feel with carefully selected vignettes of plants punctuating the cohesive rivers of perennials. They also decided to capitalize on the sloped, rocky topography of northern Manhattan to capitalize on the park's rustic and romantic feel.

The garden requires a significant amount of skilled maintenance, provided by Parks Department gardeners. Each week, a legion of volunteer gardeners come together to work in the garden. Speaking of the long flower beds, Ronda says (with great admiration and affection): "The volunteers weed, and weed, and weed from one end of the bed to the other. When they reach the end, they return to the beginning and start weeding again."

Fort Tryon Park, which opened in 1935, was a gift to the city of New York from John D. Rockefeller, Jr. It remains one of the city's most beautiful outdoor pieces of art and one of the best presents ever received. This is a gift meant for sharing with fellow New Yorkers. Fort Tryon Park Trust offers free tours of the Heather Garden on the first Sunday of every month. The Trust raises endowment to support the park and its year-round horticultural maintenance and offers more than 300 free programs annually, including environmental education programs for children.

To reach the park, take the A train to 190 Street. Located in Hudson Heights near the northern tip of Manhattan, this is one of the deepest subway stations in the NYC Transit system. You'll take an elevator up to Fort Washington Avenue and then stairway exit at Margaret Corbin Circle at the entrance to the park. A visit to The Cloisters, the branch of the Metropolitan Museum of Art dedicated to Medieval art, is easily combined with a visit to the Heather Garden. 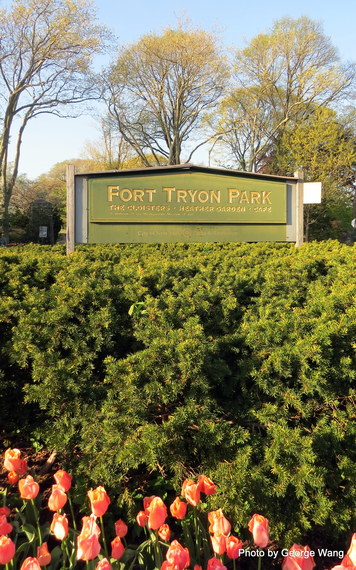