Part of the problem with "disabilities" is that the word immediately suggests an inability to see or hear or walk or do other things that many of us take for granted. But what of people who can't feel? Or can't talk about their feelings? Or can't manage their feelings in constructive ways? What of people who aren't able to form close and strong relationships? And people who cannot find fulfillment in their lives, or those who have lost hope, who live in disappointment and bitterness and find in life no joy, no love? These, it seems to me, are the truly crippling disabilities. -Fred Rogers

Last year a friend asked me if it was hard and how I manage and if I ever just want to lose it. "It" being this whole raising a child with autism thing. Of course it's hard and of course there are evenings when I collapse on the couch or cry in the bathroom. But isn't that true for all mothers? How do I manage? About the same as all other moms, I guess. I drink coffee every morning and hide chocolate in the sock drawer. But then she asked another question...

"What's the hardest part?" And I didn't even have to think about it. Other people. When you're dealing with an invisible special need, strangers don't know about it. As much as I sometimes want to, we don't pin a sign to Mareto's shirt explaining his autism. So other people, particularly strangers, give us a lot of attention in the form of staring, dirty looks, snide under-the-breath comments and just overall judgment. I can feel it in the store when Mareto's getting upset and I have to hide in an empty aisle to calm him down. Or when he can't sit at a table in a restaurant. Or when he blurts out, "Watch out for Diesel 10!" when someone says hello. 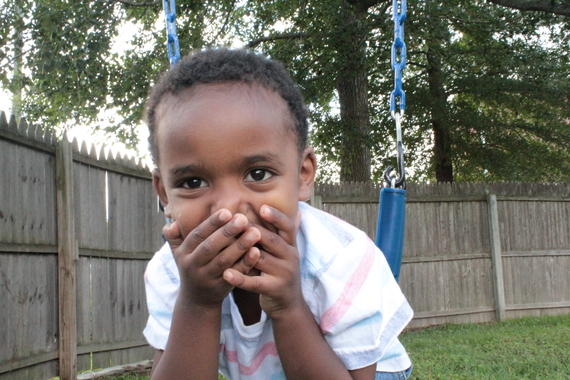 But even the people who aren't strangers can be hard. It's not intentional, but unless they've had a lot of experience with autism, most people are largely uninformed. I get it, because up until two years ago, so were we! So when Mareto licks the wall, or laughs at inappropriate times, or sniffs random items, it can be awkward. The look of shock can sting, and I remember again that this isn't everyone's normal.

These are all my issues, though. Because Mareto is unaware of these reactions, and most of the time they aren't even directed at him. They're directed at me. One evening my husband, John, looked at me and said, "I feel like people are thinking two things when we're out as a family: your kid is bad and you're bad parents." That's how it feels sometimes. It feels like people think we're lazy or I'm not doing my job well and if I just tried harder he would behave differently. I felt so guilty when I realized that one of the reasons I was so excited about my other child, Arsema, being potty trained, was that people might now see that we actually are capable of potty training and it isn't laziness that's keeping Mareto in diapers.

But do you know what's even worse? When you take your kids to the playground and they're having a blast. Your little boy notices a group of older children and runs to play near them. He bends down to pick up a piece of bark and his shirt rides up, exposing the top of his diaper above his pants. And all the little kids start laughing and pointing and saying, "Look! That boy is wearing a diaper!" Or when the 3-year-old looks at you over gingerbread houses and asks why your precious, funny and brilliant little boy is so dumb. Or when you realize he's being physically bullied because he hasn't learned the skill of tattling yet. These are the things that make me sick to my stomach. That moment when you realize people are going to stop sneering at you and start sneering at your child hurts deep down in a way that takes the breath out of your lungs.

Now that Mareto is growing older, the differences are more apparent. They can't be waved away or explained as typical toddler behavior. It's a little more noticeable when a child the size of a 6-year-old isn't potty trained. It's a little harder to protect him from the bullies of the world. And that is now the hardest thing about autism -- my inability to shield him forever from judgment, ridicule and mean children and adults. 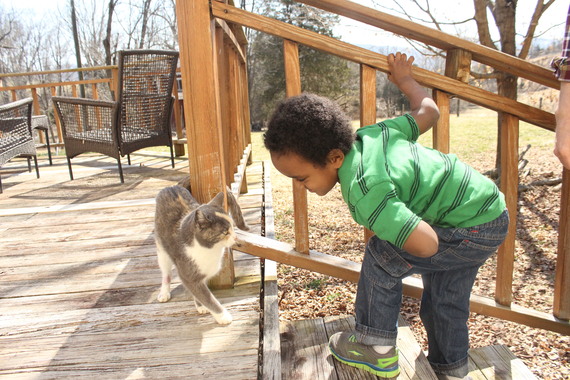 So are the endless sleepless nights rough? Yes. Changing a 50-pound boy's diaper isn't my favorite. We've been working for nearly two years to get my son to move beyond his three foods. But those things don't matter much. Those would be the hard parts if we lived in a world where I knew my son was unquestioningly accepted -- and not just accepted, but celebrated for who he is. If we lived in a world where people didn't pass judgment so easily and were quick to love all people regardless and because of their differences, and taught their children to do the same... then the hardest parts of autism would be much different. But we don't live in that world. And as much as I want to keep him close by my side and never leaving the safety of our home, I know I can't. He has far too much to offer (and teach) the world for me to do that. He has a joy and innocence and compassion and love and a curiosity that is infectious. The world needs him and more people like him. 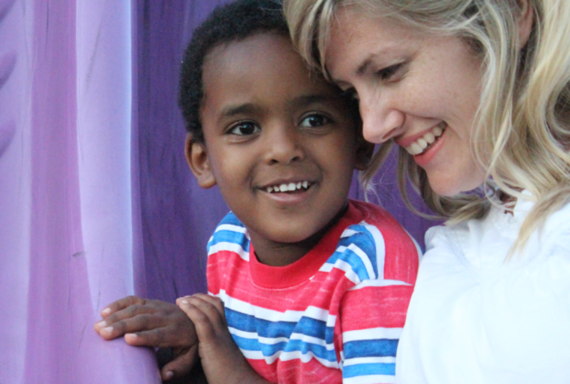 A version of this article originally appeared on LaurenCasper.com.