My first real wake-up call to the harsh reality of diabetes and the complications that can arise was when I was around 19 years old. I was living with my boyfriend at the time -- Mitch -- now husband. We were living in the city in a one-bedroom apartment.

Just moving out of my mother's house, I was faced not only with the harsh reality of life, but I was left to deal with my diabetes on my own -- It was definitely nerve-racking. Thankfully Mitch was there to help me along the way. But I thought I had it all figured out. "Boy, was I wrong!" 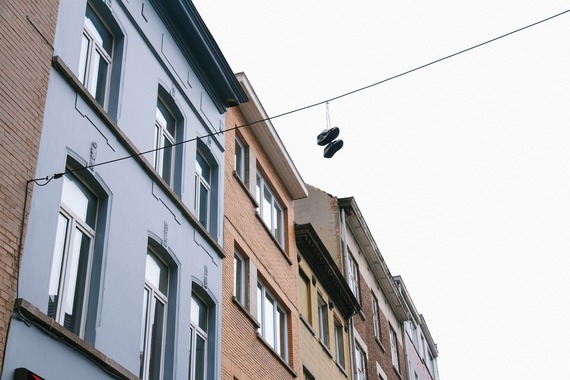 Looking back now, I realize I was only a baby. I had not yet grasped the idea of the future, nor did I really know how to take care of myself. I was only living in the now. I never bothered to think about my diabetes in terms of "what could happen."

It just so happens that one day -- Mitch happened to stumble upon this 50-year-old man named John, who was disorientated in the parking lot. He rushed over to help him and escorted him back to his apartment.

Later on that day, Mitch tells me about this encounter with this older gentleman who is a Type 1 diabetic, like myself. The older man was having problems with his blood sugar, but thankfully, Mitch was there to help him.

Mitch told me that he was a complete mess, and maybe talking with him could help me. I was somewhat intrigued by the idea because I've only met maybe two other diabetics in my life. But never someone older and more experienced with the disease than myself. I thought maybe he could give me words of wisdom to apply towards my diabetes.

Later that week we went to John's apartment since Mitch had to help him take care of some simple tasks around the apartment. I just remember smelling till this day the scent of cinnamon. I also recall the man having cats and tons and tons of candy everywhere! I remember thinking "wow, he's a mess!" I thought well maybe it's because he lives alone. It must be hard living alone and having diabetes.

John asks me "how are you doing?" and "how is your diabetes going?" My typical answer was always "good." I never really got into much depth of discussing my diabetes, I felt less is better. I always thought if I was too honest, that I would be judged.

John starts telling me how he's had diabetes since the age of 6. I'm initially stunned because that's almost his entire life. He goes on to show me his leg, which at this point I'm at a loss for words. He willingly shows me his prosthetic leg. I then ask him "how did that happen?" and "why?" He tells me "I lost my leg, from having diabetes for 50 years and not taking care of myself."

Then it started to sink in.

He also went on to tell me about his dialysis treatment. "Dialysis?" He said, "after years and years of not taking care of himself led to kidney failure." He told me that he would go days without taking insulin and ate whatever he wanted. Thereby letting his sugars stay high constantly. He honestly just avoided his diabetes altogether.

I couldn't believe it.

I asked him "so how come the doctors couldn't save your leg or help you in avoiding kidney failure?" He told me once he reached the point of his own self-awareness, it was already too late. He told me that the doctors urged him to keep his sugars in control and to workout in order to keep the blood flowing to his legs, and he ignored all wishes. He basically said he gave up on himself. He thought that these complications wouldn't ever happen to him.

I wondered "could this happen to me?" "Could I experience these diabetic complications?" I couldn't believe how he just let himself go. That he had the choice to decide his destiny and he chose this path. This seems like a slow, painful way to go.

Til this day, meeting this 50-year-old man stays present in my mind. I truly believe people come into your life for a reason. Even though he couldn't help himself, I think he wanted to help me. To give me some guidance by presenting me with the harsh reality of diabetes. The reality that I could experience severe diabetes-related complications if I don't take care of myself now.

In reality, though, this disease is manageable. I can live a long, fulfilling long life. That's what I knew I wanted from that day forward. "Would this be a hard road?" Yes. "Would I fail time and time again?" Yes. But I will always get right back up! I won't go down without a fight!

John was a godsend. A wake-up call, shall you say. This is what could happen if I don't take care of myself.

Now every time I smell anything cinnamon scented, I think right back to this time. On how life has a way of teaching you valuable lessons. How you respond to them is essentially your choice.

Follow Brittany on her Personal Blog at The Diabetic Journey