You might've seen a headline like this before. The subsequent list was probably filled with dressing-less salads and veggie burgers wrapped in lettuce and it probably made you go, "Welp, guess I'm not eating healthy at those places anytime soon." DO NOT DESPAIR. We aren't having any of that, because people should know how to be relatively healthy at these places and still come away from the experience feeling full. That's your right, dammit!

To that end, we've compiled this list of the (more-or-less) healthiest entrée and the healthiest side to accompany that entrée at a selection of national fast-food chains, based on calories and fat content, and -- in the case there's a close race between two items -- other factors like carbs and sodium levels.

Before we begin, let's lay down some ground rules. No "junior" or "mini" items were considered, nor were any breakfast items -- we're sticking to normal lunch and dinner fare here. If the healthiest entrée option at any given chain is a salad, the accompanying side cannot also be a salad. Absolutely no apple slices. And finally, any serving of chicken nuggets under eight pieces was not considered, because four nuggets does not a meal make.

More: The Worst Thing About These 8 Popular Diets 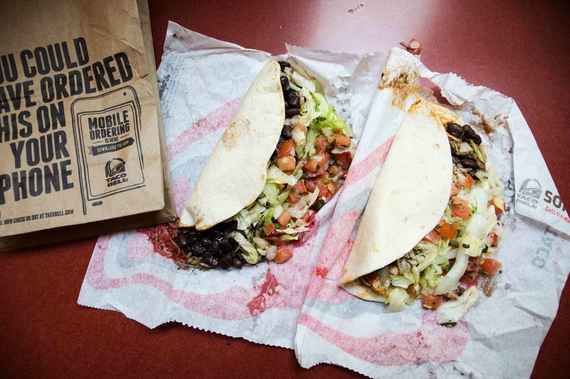 Taco Bell
Two Fresco Soft Tacos with shredded chicken: 280 calories, 7g of fat, 39% daily value of sodium
Black beans & rice: 180 calories, 4g of fat, 18% daily value of sodium
The very foundation of Taco Bell's Fresco menu is reduced calories -- it concentrates on replacing heavier sauces with its pico de gallo, a move that pays off well when combined with a soft taco and shredded chicken: two of its lower-calorie ingredients. Beans and rice are great together, but you can also just get the black beans if you're trying to avoid starch overload. 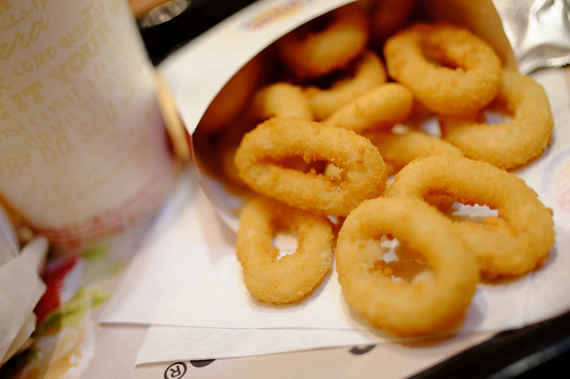 Burger King
Tendergrill Chicken Sandwich w/o mayo: 350 calories, 9g of fat, 25% daily value of sodium
Value-sized onion rings: 150 calories, 70 from fat, 8g of fat, 17% daily value of sodium
Go for the Tendergrill Chicken Sandwich without the mayo, and while other places would recommend you order the apple slices as a side, we know that's not going to satisfy anyone except people looking to avoid doctors. Go for the value-sized onion rings, which are comparable to its Satisfries but with fewer calories. 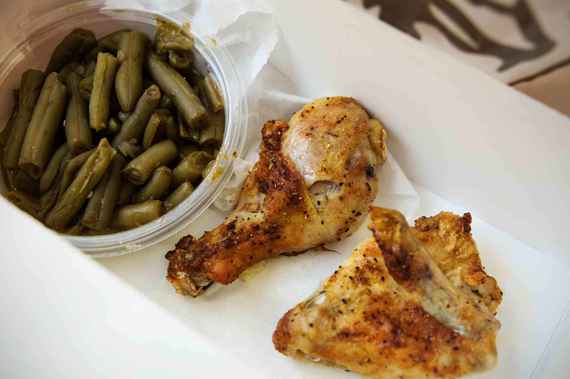 KFC
Kentucky Grilled Chicken Whole Wing & Drumstick: 170 calories, 8.5g of fat, 23% daily value of sodium
Green beans: 25 calories, 0g of fat, 10% daily value of sodium
It should come as no surprise by now (both in life and in this article) that grilled chicken is healthier than the fried stuff, and ordering only a couple pieces can definitely help on that front, too, since KFC lets you order that way. Green beans have the added benefit of actually being green, which is something most fast-food lettuce can't even boast. 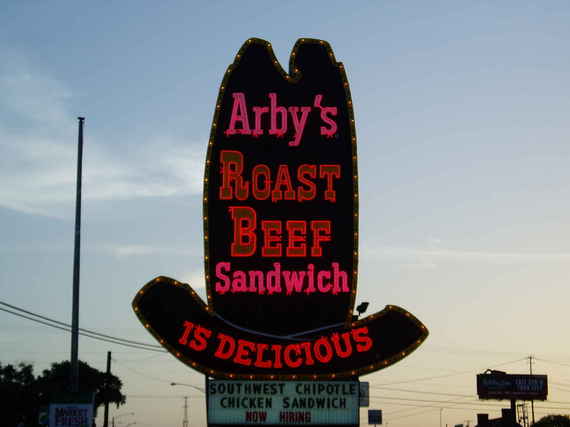 Arby's
Chopped Farmhouse Salad with roast turkey and light Italian dressing: 250 calories, 14g of fat, 33% daily value of sodium
Two Potato Cakes: 230 calories,14g of fat, 19% daily value of sodium
So, what can you expect from a chain that refers to sides as "friends of meat"? Well, it turns out the salad options at Arby's aren't half bad, with lean meats like roast turkey and a light dressing making it an actually filling option. As for accompaniments, it has two Potato Cakes! Which are kinda like the meats of the vegetable world, if you are weird and want to think about things that way 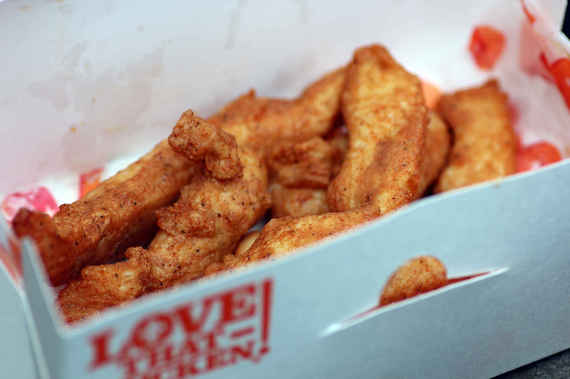 To find out healthy orders at 10 more major fast-food chains, head over to Thrillist.com!

The Most Insane Fair Foods You'll See This Summer

How To Hack Whole Foods