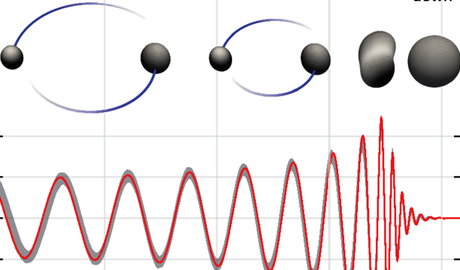 Our reading from the Torah this week finds Moses up on Mount Sinai, receiving instructions for the construction of the sanctuary that is to be the focal point of the wandering Israelite encampment in the wilderness - precursor to the eventual Temple to be built by King Solomon in Jerusalem.

The descriptions are vivid, rich, and mysterious.

A cover of gold for the ark, two and a half forearm-lengths long, one and a half wide; two cherubim of hammered gold at the two ends of the cover - and whatever cherubim were in the conception of our ancient ancestors, they were much more impressive than the rococo babies with rosy bottoms that we see by that name in much later, European art.

Cloth walls for the movable sacred-space, blue and purple and crimson yarns, clasps of gold, planks of acacia wood standing upright at intervals for the frame of the structure, banded together with bars of acacia passed through sockets of silver.

On and on the instructions flow, and Moses seems to take them all in stride. But at some point, according to many ancient, rabbinic retellings of the story, he balks, and is overwhelmed.

Very often, in these weekly messages, I refer to classical rabbinic literature, to the midrashim - the elaborations and expanded imaginings woven by our sages around the scriptures - and I try to give a sense of that literature, and the distinctive way in which it teaches us. This time, it seems fitting to present one such exposition in full, from top to bottom, a complete composition crafted around just one part of the scriptural instructions for the sanctuary.

The text's jumping-off point is the verse, "You shall make planks for the tabernacle, boards of acacia wood standing upright" (Exodus 26:15) - and before we plunge in, two notes are necessary:

The first note is that the early rabbis consistently imagine Moses' time up on Mount Sinai as an ascent into the heavens. Moses, in this view, meets God in something like the heavenly throne-room that will later be envisioned by the prophets Isaiah and Ezekiel (both of them, too, by the way, fascinated by the concept of the Temple).

The second note is that I will leave one word untranslated. That word is eikonin, borrowed from the Greek εἰκών, which is also the source of the English word 'icon.' In the Greek current at the time of our ancient teaching, εἰκών could mean a reflection in a mirror, a portrait or likeness, an image in the mind, or a mirage - and I leave the word as itself, so that we can think afterwards about what it may signify.

"You shall make planks for the tabernacle, boards of acacia wood standing upright" - We may understand this by way of the story of a king, who had a beautiful eikonin (there's that word), and he said to a member of his court, 'Make me something like it.' The servant said to his master, 'My lord the king, how can I possibly make anything like that?' The king replied, 'You with your pigments, and I with my glory.' Just so, when the Blessed Holy One said to Moses, "Now see, and fashion according to the patterns that are being shown to you on the mountain" (Exodus 25:40), Moses replied, 'Am I a god that can make such things?' God replied, 'According to their patterns, with blue and purple and red dye, and just as you see above, so fashion below' - thus it is written, "boards of acacia wood standing upright," just as there are in the expanse on high. 'And if you make for me something below like that which is above,' said God to Moses, 'I shall set aside My heavenly senate, and I shall instill My presence amid you below.' Just as above, "seraphim stand" (Isaiah 6:2), so too below, "boards of acacia wood standing," just as there are stars above, so too below.

It is as though God leans over, holding the paintbrush of creation, so to speak, out to Moses, and says, "Your turn." And to the prophet's protestation that a mere human being cannot possibly follow God's creative example, the Eternal One seems to say, "I know, but try something like it, to the extent of your capacity - and if you create something, where you live, in that spirit, truly, then I will be at home, truly, where you are."

But what is it the king asks the artist to replicate, in the parable of this teaching? What is the εἰκών? Is it 'mirror mirror on the wall, who's the fairest king of all?' - in which case we can well imagine the artist remonstrating, 'Don't you know I realize that You are beyond all depiction?' In any case it is certainly a concept, perhaps an image in the divine mind - but is it also a mirage, something that cannot become substantial unless someone makes a record of it?

Notice, too, how the text seems to get things backwards, or upside down, right in its middle: "Boards of acacia wood standing upright, just as there are in the expanse on high" - isn't it the other way around, the boards down on earth, the matching seraphim in the heavens? It is as though the compass-needle spins freely at the center of this teaching, the correspondence of earth and heaven so true that it is impossible to point one apart from the other.

I am left thinking of the Laser Interferometer Gravitational Wave Observatory 'hearing' confirmation of Einstein's general theory of relativity this week in ripples sent out through space and time by the collision of two black holes billions of years ago. Suddenly the stars are with us here on earth in a new way, and we are listening to them - a twang on an earthly instrument strung by understanding human souls to be strummed in just this cosmic way. "You with your pigments, and I with My glory."