Roald Dahl’s popular children’s book Charlie and the Chocolate Factory is deeply familiar to generations of readers. But the beloved book, about a poor young boy who wins a golden ticket to tour the magical candy factory of reclusive genius Willy Wonka, almost looked markedly different.

On Wednesday, Dahl’s widow, Liccy Dahl, told BBC Radio 4 that when her late husband originally dreamed up Charlie and the Chocolate Factory, it starred “a little black boy.” As to why that was changed, she said, “I don’t know. It’s a great pity.”

The answer came from Dahl’s biographer Donald Sturrock, who explained “it was his agent who thought it was a bad idea, when the book was first published, to have a black hero.”

The agent in question, though not specified in the BBC interview, was likely Sheila St. Lawrence. She’s been credited, along with her predecessor Ann Watkins, with being a significant influence on Dahl throughout their working relationship. In 2014, Sturrock told Vanity Fair that St. Lawrence worked closely with the children’s book author on Charlie and the Chocolate Factory, urging him to trim down the zany, winding narrative and its initially immense cast of characters.

She also, it seems, changed Dahl’s mind about making Charlie Bucket a black boy. “She said people would ask: ‘Why?’” Sturrock said.

The reasoning Sturrock described is illustrative of a challenge often faced by writers of color: Publishers have long considered whiteness to be the default and expect that a character will only be nonwhite if their race serves a specific purpose in the story. Until recently, diverse representation in books was not deemed inherently valuable by the literary establishment, though this has begun to change, in large part thanks to activist groups like We Need Diverse Books.

The incident also speaks to how whitewashing in the entertainment industry can take place at many points in the creative process. Not only did Charlie and the Chocolate Factory end up starring a white boy, so too did the major motion pictures based on the book, which featured white actors as Charlie and the rest of the Bucket family.

Dahl, who was born on Sept. 13, 1916, not only conceded to making the hero of his book white, he drew significant criticism for the racially problematic Oompa Loompa characters. The NAACP and others argued that the factory workers, originally depicted as pygmies from Africa, reinforced harmful narratives of African slave labor. He argued that his intent all along was anti-racist, explaining, “I saw them as charming creatures, whereas the white kids in the books were ... most unpleasant.” But he found the arguments of his critics so persuasive that in 1973, he rewrote the characters to make them light-skinned, long-haired beings from a fantasy island.

Despite its divisive elements, Charlie and the Chocolate Factory has endured as one of Dahl’s most beloved children’s books for decades. But now that this new insight about Charlie’s backstory has come to light, it may be time for a new book edition. Liccy Dahl certainly thought so, telling BBC Radio 4 that “it would be wonderful” to see the book reworked with a black Charlie, as originally envisioned by her late husband.

The book has already been made into two major films, including a 2005 Tim Burton blockbuster, but this news might also call for a new, appropriately cast movie adaptation. Get on that, Hollywood. 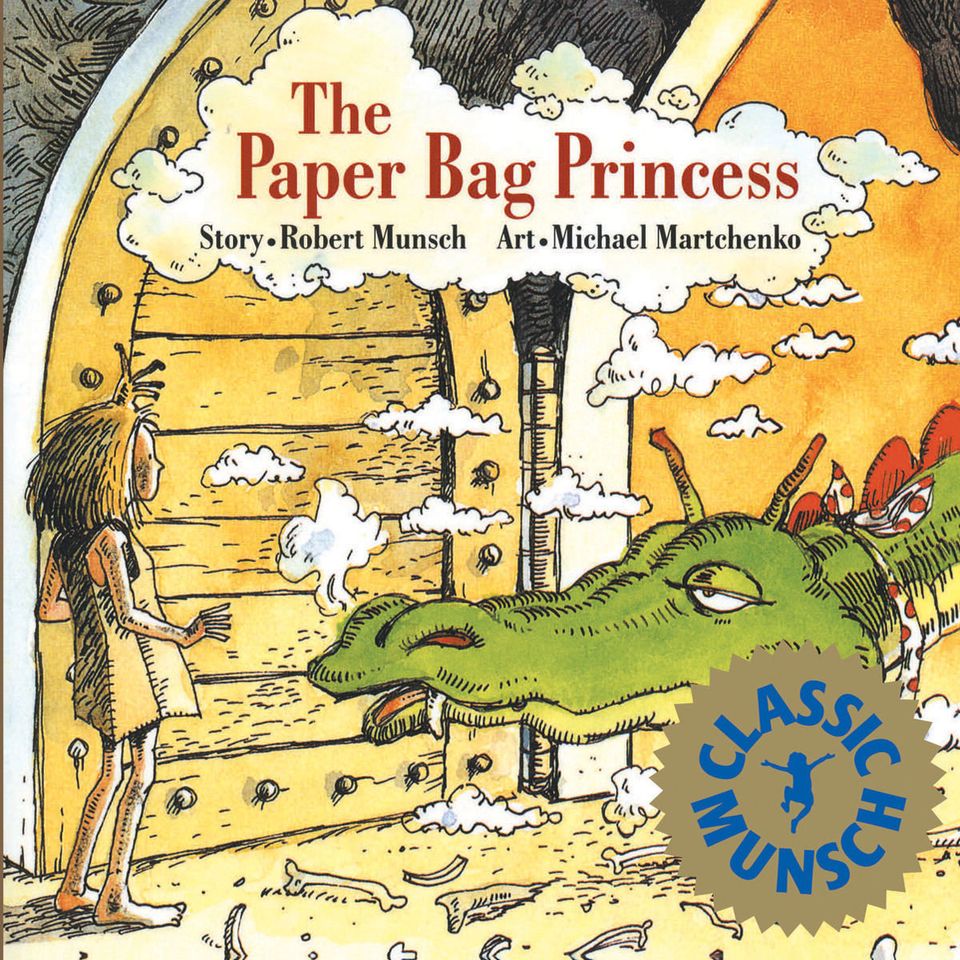 1 / 10
'The Paper Bag Princess' by Robert Munsch
In this not-so-traditional tale, the princess ends up saving her prince from harm's way. Get it <a href="https://www.amazon.com/dp/B008DYZKQE/ref=dp-kindle-redirect?_encoding=UTF8&amp=&btkr=1&tag=thehuffingtop-20" target="_blank"><strong>here</strong></a>.
Amazon