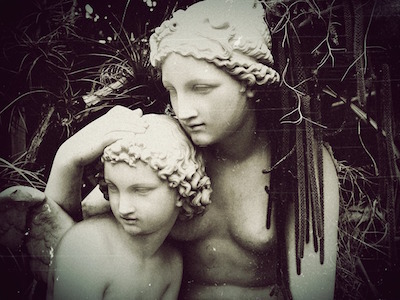 Room (2015) is a movie directed by Lenny Abrahamson, written by Emma Donoghue (based on her award-winning novel), and starring Brie Larson and Jacob Tremblay. It's about a woman kept prisoner by a rapist in a backyard shed for seven years where she gives birth to a son and raises him for five years before escaping. It's also about her attempt to normalize, post-escape.

Inside the shed called Room she is known as Ma by her son Jack, and she is the whole world to him. Ma nourishes a fantastical worldview for the both of them and creates as healthy an environment as possible from the limited items available: lamp, tub, sink, toaster oven, stovetop, bed, and craft materials from garbage.

Outside Room, Ma is known as Joy Newsome, a girl who vanished at age seventeen.

Joy more than lives up to the promise of her name. Her son is a joyful boy, sated by his mother's love; he is curious, whimsical, inspired. When he eventually escapes from the shed, he is reborn. The rolled-up rug is a second birth canal. He opens his unfocused eyes on a blindingly bright world. Room was his second womb. He can never go back. And Ma/Joy must go forward with him because he is more than her son, he is the personification of her deepest soul material, the stuff from which she has, against all odds, crafted a life.

Room can certainly be viewed as a celebration of the mother-child bond, a bond that can be had by anyone willing to set aside his or her own needs in the service of a developing child. In some circles these days, the type of bond between Ma and Jack is called attachment parenting. It's seen as heroic by some and loony by others. By turning the camera's eye on the minutiae of the pair's day--eating, reading, bathing, sleeping--we see Ma's heroism, and anyone who has ever raised a child under challenging circumstances--adult survivors of childhood abuse, those living under the threat of domestic violence, the desperately poor--will hopefully see their own daily heroism honored by this story.

To some, Room is an example of flawed moviemaking.

...Why has [Emma Donoghue] strung together two simple, shallow, half-stories, rather than create one profound, complex, complete story?

Room might have been better as a Prison Plot, with a triumphant escape at the end. We would witness the regular brutality to which Ma was subjected. Or, Room could have been written strictly as an Evolution Plot, post-escape. How will Joy and Jack adjust to life on the outside?

I'd like to borrow from a page of one of Robert McKee's competitors in the you-too-can-be-a-successful-screenwriter arena: John Truby. After reflecting about the success of Disney's Inside Out (2015), Truby writes:

This is not some passing trend. Female Myth stories are part of what I call the New Myth forms, and I believe they will dominate worldwide storytelling for the next two decades and beyond.

Room is an example of a Female Myth story. It isn't simply half a Prison Plot and half an Evolution Plot. Room depicts the heroine's journey, and it doesn't look like the epic quest of the hero's journey. The movie will hold a place in film history because of its transformative power, not in spite of its having broken the mold of traditional storytelling.

The most incredible thing about Room is that only once did I see Joy as a powerless being, and that was post-escape, during her interview with a television journalist. After seven years of being powerful enough to turn a degrading hellhole into a home full of love--a goddess, in other words--Joy is nearly undone by a media figure who asks: "Did you ever consider getting your son out sooner?" The implication of this is clear to Joy: she didn't do enough.

This is the song of lamentation for women the world over. You didn't do enough. You could have done more. And the heroine's journey, the ancient internal quest that every woman endures if she lives long enough, is written large in Room. Ma/Joy thinks and feels her way through the labyrinth of life in the shed. No one can do it for her.

Room is a movie about an inner journey. It is the heroine's journey. The narrative hooks--mother and child imprisoned and abused, great escape, return to the world--transcend their usual functions. According to John Truby,

[Female Myth stories] fundamentally change our collective vision of who the hero is and what she will accomplish on her life and story paths.

In Room, as in life, we don't get full resolution. Joy's father's revulsion is never fully explained; we don't get the satisfaction of seeing the rapist pay for his crimes; Jack doesn't grow up before our eyes to fulfill the promise of Ma's dedication to him. It's not that kind of movie. But we are witnesses to Joy's descent into the inner cave of her being, and her triumphant return. She has the kind of wisdom the television journalist hasn't the eyes to see. And we are transformed because we do.

Writer and editor in western Canada