CDC and our partners are currently fighting the biggest and most complex outbreak of Ebola virus disease ever recorded.

There are hundreds of cases in West Africa and now a new cluster of cases in Nigeria is very concerning. The spread of Ebola shows what happens if we don't have meticulous infection control, contact tracing, and proper isolation of those with symptoms of the disease.

There are two things that are very important to understand about how Ebola spreads.

The evidence suggests that Ebola only spreads from sick people -- not from people who have been exposed to the disease but haven't yet become sick from it. The illness has an average 8-10 day incubation period, although in rare instances the incubation period may be as short as two days or as long as 21 days, which is why we recommend monitoring for 21 days after any potential exposure. 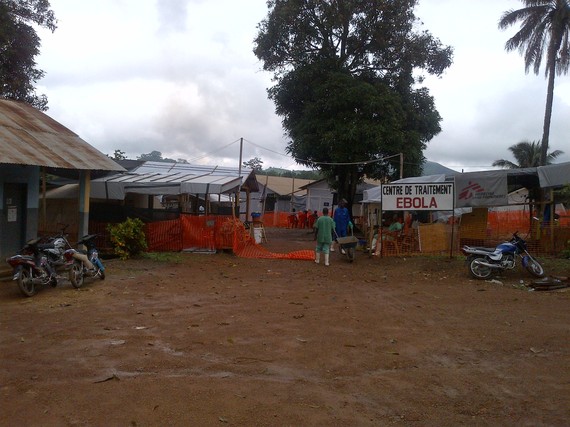 People are not contagious during that incubation period; they become contagious only when they start having symptoms.

Second, the evidence shows that Ebola outbreaks aren't propagated by casual contact or through the air or in water.

Ebola is transmitted through direct contact with body fluids of an infected, symptomatic sick person, or exposure to objects such as needles that have been contaminated.

This is a disease that has been hard to stop in Africa, but if it were to show up here, we can stop in the United States.

Ebola virus disease spreads in Africa through inadequate infection control in hospitals as well as through traditional burial ceremonies that directly expose people to body fluids. We can avoid those problems here.

The standard, rigorous infection control procedures used in hospitals in the United States will prevent spread of Ebola.

The problem isn't that Ebola is highly infectious -- it's not.

It's that the stakes are so high.

So the key to contain the virus is to have meticulous, rigorous procedures in place to ensure adherence to scrupulous infection control.

In the past decade, the United States has had five imported cases of hemorrhagic fevers - one of Marburg and four of Lassa, both viruses that are similar to Ebola. Each time, the American public health system identified the cases and through scrupulous infection control procedures prevented any one else from becoming ill.

The best way to protect Americans is to stop the outbreak in West Africa.

We know how to control Ebola. Previous outbreaks of Ebola virus disease have been contained by patient isolation, rigorous use of infection control measures in hospitals, intensive and thorough contact tracing in affected communities, and community education.

CDC, the World Health Organization, and our partners are committing to deliver a surge of resources and expertise to help end this outbreak. Far too many lives have been lost already. We have a difficult road ahead, which will take many months, but we must redouble our efforts to bring this terrible outbreak under control.

CDC is sending at least 50 public health staff to West Africa in the next few weeks. These staff members include epidemiologists, data managers, health educators, and other specialists who can assist with efforts to control the outbreak.

We have stopped every previous outbreak of Ebola in Africa, and CDC is ready to help the World Health Organization stop this one, too.

As part of the Global Health Security Agenda, a partnership of the U. S. government, WHO and other multilateral organizations and non-government actors, the President's FY 2015 budget includes $45 million for CDC to accelerate progress in detection, prevention, and response and potentially reduce some of the direct and indirect costs of infectious diseases. Improving these capabilities for each nation improves health security for all nations.

Leave behind one burning ember and the epidemic could re-ignite.

That ember could be one case undetected, one contact not traced or health care worker not effectively protected, or burial ceremony conducted unsafely.

Our efforts will not only stop these outbreaks, but we are working to leave behind stronger laboratories, emergency operations centers, and trained public health staff who can prevent, detect, and stop future outbreaks of Ebola and other diseases before they spread.