In Easton, an untold story of free African-Americans is being discovered through bits of glass, shards of pottery and oyster shells.

Piece by piece, archaeologists and historians from two universities and the community are uncovering the history of The Hill, which they believe is the earliest settlement of free African-Americans in the United States, dating to 1790.

Treme, in New Orleans, is recognized as the oldest free black community in the nation, dating to 1812. But researchers say that could change based on findings from the Easton dig.

"It's not just a black story. It's an American story," said Dale Green, a Morgan State University professor of architecture and historic preservation.

Former slaves founded such settlements, where they enjoyed early emancipation and the chance at property ownership and commerce. Slaves who had bought their freedom and others freed by Methodists and Quakers on the Eastern Shore likely formed The Hill, which historians say could have been the largest community of free blacks in the Chesapeake region.

Researchers and students are in the midst of a three-week dig at one of The Hill properties, a site owned by the Talbot County Women's Club. They are working in 5-by-5-foot squares. The deeper they dig, the further back in history they go.

Reaching into a labeled brown paper bag, he pulled out part of an olive-green glass bottle with a decorative cluster of grapes on one side. It was likely used to hold wine, Woehlke said. The technique used to make it -- hand-blown using a mold -- dates it to the late 18th or early 19th century.

Other artifacts include bits of a blue opaline glass pitcher from the 1800s and a 1-cent coin featuring Lady Liberty, dated 1794.

More importantly, researchers have found evidence of making nails and raising chickens on the land -- activities far more likely to have been carried out by free blacks who lived on the land than by the property owner.

"It's piecing together all of the evidence," Woehlke said.

Free African-Americans in Easton lived alongside white families, according to Green, who is working with the University of Maryland's Mark Leone on The Hill project.

As promising as the excavations on The Hill are -- especially combined with document research and oral histories -- researchers say they're only scratching the surface.

"It's sort of piecing together a puzzle, but you don't have all the pieces," Woehlke said.

The team has committed to spending at least five more years working at The Hill.

Since the dig began at the Price property, more than 500 people have visited on organized tours or have wandered in after seeing "public archaeology excavation" signs posted around the block.

Priscilla Morris, whose family has roots in Easton dating to the 1600s, is a regular visitor to the site. A member of the nearby historic Third Haven Friends Meeting, she's intrigued by the role Quakers and Methodists played in freeing their own slaves and advocating for an end to slavery well before the Civil War.

"It's thrilling because we suspected there was something here we didn't understand," Morris said.

Most written histories skip over the experiences of free African-Americans, said Morris, who has studied the local lore, including Douglass' life.

"It was really the plantation economy telling the story," she said. "Nobody ever told us there was this extraordinary, large, free community."

Green said the work on The Hill could change the way American history is told. There's a significant gap where the story of free blacks is overlooked, he said.

There are ambitious plans to get the word out about The Hill, including dissertations from graduate students working on the project, permanent and traveling museum exhibits, updated tourism initiatives and even a screenplay that's being financed by a local business owner.

The Hill already is part of the National Register of Historic Places that includes Easton's historic district, but that listing will be revised to include information about the African-American history. "So when you read it, it's not just about white Easton," Green said.

All told, about 75 researchers and students -- from institutions including the University of Maryland, Morgan State, Historic Easton Inc. and local groups -- are contributing to The Hill project.

Tracy Jenkins, a graduate student in archaeology at the University of Maryland, plans to write his dissertation on The Hill. He said the Easton community's interest and warm reception has been encouraging and unusual.

"That doesn't happen so much in archaeology. Sometimes, archaeologists are digging off in a cornfield somewhere," Jenkins said.

At The Hill, in the middle of town, researchers and residents are building a bond, he said. Jenkins hopes to tell that story in a dissertation that matters, not one that "sits on a shelf."

"I like the opportunity to tell stories that haven't been told," he said. 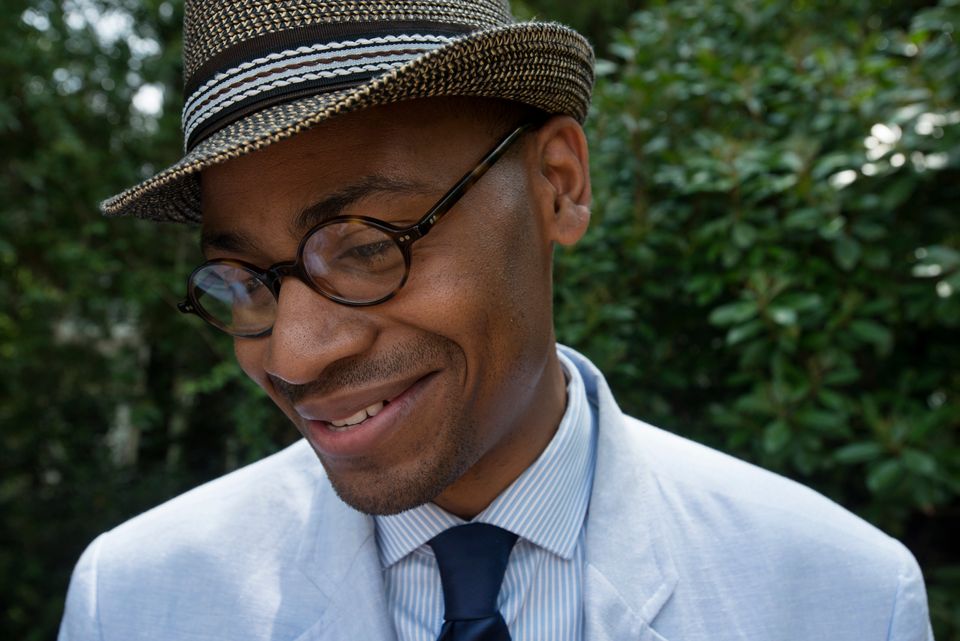 1 / 6
EASTON, MD - JULY 24: Dale Green, an assistant professor at Morgan State University, on the site of an archaeological dig in Easton, MD on July 24, 2013. The dig is in a historic African American neighborhood which is believed to be the oldest community of free blacks in US history. Green grew up in the neighborhood. (Photo by Bonnie Jo Mount/The Washington Post via Getty Images)
Getty Images