Sometimes interviewing isn't just for "hiring" per se. Sometimes it's about choosing the right partner, vendor or even client. I've done countless Hiring Academy training sessions with companies who need to screen their clients first like agents, attorneys, bankers, etc.

Today's interview is with an entrepreneur who needs to select candidates to mentor and help succeed. You might think that could easily be anyone, but step back for a moment to see the longer-term view. The ripple effects of bad news, poor results and unethical behavior travel ten times as fast as good news, unfortunately. So in choosing who is going to utter the words "I was mentored by Phil Pustejovsky," he better have been selected wisely so that the next sentence is inevitably "And I'm now a walking success story!" instead of "I failed miserably."

Phil puts everyone who seeks to be mentored by him through a rigorous interview process and the same basic principles of my Ten Truths of Hiring from my The Naked Interview: Hiring Without Regret book. His care and understanding of his role in helping his own family and then responsibility for so many others has taken him from factually the poorhouse to the penthouse. 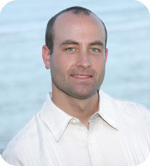 Phil Pustejovsky started from very humble beginnings, even going homeless and living out of his truck for a short time, to becoming an extremely successful real estate investor. With the help of a mentor, he was eventually able to live the life of freedom he always wanted, moving to a waterfront mansion in Florida. Phil wanted to help others achieve what he had accomplished, so he began mentoring and coaching other investors. His company name Freedom Mentor embodies his secret to success and his goal for each person he mentors. He believes that the right mentor can all the difference and his goal is that every person he mentors achieves a life of true freedom. Thus, he chooses wisely. I asked him for some insight into his process.

How important is it to keep personally connected to the process of adding new talent/personnel to your team?
"Personal connection is vital. As soon as you think you are too busy to personally review the hiring of a new team member, you are just asking for problems. All it takes is one bad addition and all kinds of negative repercussions can follow. The most dangerous people you have to watch out for in business are the wrong people on your team. The only way to know with a reasonable level of certainty that you are bring the right person on board your team is to have a well-designed interview system in place and to be intimately involved in making the final decision as to who comes on board and who doesn't."

To what degree do you keep your finger on the pulse of hiring for your ventures?
"I basically run two companies; the first is my local real estate investing operation and the second is Freedom Mentor. When it comes to my local investing business, I do all the hiring (and in rare cases, firing) which usually involves a contractor doing renovation work on one of my houses. There is no need to hire a big in-house staff when investing in real estate.

Freedom Mentor is far more substantial and involves significant hiring requirements. In the beginning, I handled every facet of the interview process. Organically, over the years, some of the original people I brought on board graduated from my mentorship and became part of my staff to help grow the company. So my staff is organic, we hired from within. Together, we developed a system for handling the task of deciding who we were going to mentor and who was not going to be a good fit. Thankfully we systemized that process back when we were small because today, Freedom Mentor reviews thousands of applicants across North America each year who are vying for a coveted few apprentice spots. These Freedom Mentor Apprentice Program reviews, as we call them, involve several steps that my staff conducts and then I get involved at the tail end when I can read through the finalists' completed applications. So my finger is on the pulse of every new person we bring on but my staff does the bulk of the heavy lifting and I review all their hard work and make the final decision."

Do you have any hard-fast rules that are followed in your own selection of team members or those who will be working close with you?
"Give each applicant a written test. How someone communicates in writing indicates how well someone thinks. If the written responses to questions are not clear, it indicates that the person doesn't think clearly. That's a freedom mentor cost of getting on board with me. I require sharp and intelligent people to mentor.

Of course at this point a high-five to Phil was necessary as Truth 3 is Testing Tells the True Tale in the Ten Truths of Hiring the right person the first time and every time.

Do you have an anecdote or philosophy to share that comes to mind that would sum up your thoughts about hiring?
"Working with intelligent people is extremely important but I could care less where someone went to college or how many degrees they have. My definition of intelligence is a person's ability to hear an instruction once, retain what they have been taught and then be able to make insightful decisions based on what they have learned. So intelligence is crucial, but also I seek people of great character, humility and loyalty. Honesty is mandatory for obvious reasons. Next, you can only mentor people who are humble because know-it-alls, no matter how sharp they are, won't ever listen to your instructions anyway. And to test loyalty, pay special attention to how many different companies the person has worked for in the past. A loyal person has usually only worked for one or a few different companies in their entire career. Consistency in the past usually indicates consistency with you in the future."

Best interview question you have used?
"What are your weaknesses? That's one of the questions we pose to those applying to the Freedom Mentor Apprentice Program. If the person responds that they don't have any weaknesses, it indicates that the person may think too highly of themselves. Everyone has weaknesses. The issue isn't the weakness itself, but ignoring the fact that they exist."

Any "lesson-learned" interview stories?
"Here's one for you. This particular mentorship applicant had sailed through the interviews with flying colors. I had a brief call with him and I got off the call thinking that this person had tremendous potential because at only 23 years of age, he had acquired a ton of after tax cash, owning his own home and car free and clear along with having substantial savings. Anyone who could do that at such an early age with no business mentors must have been born with the seeds of success...or perhaps there was more to the story? He said the source of his money was a lawn business that he had started when he was in high school and then it supposedly had grown exponentially year after year. But that just didn't add up to me because the more money you make, the more taxes you pay and to cram that much money into such a short period of time, he would have had to been in a very high tax bracket which would have siphoned off a lot of his earnings to the government before it ever got to him personally. So we did a background check just to be certain he hadn't made all that cash from some other business and sure enough, our instincts were right and we found he had been arrested for dealing drugs two years prior. Consequently, when we called him to formally deny his application, he didn't pick up the phone or respond to an email. We later learned that he had been arrested again for drug dealing (which is why he was unreachable by phone or email) and was in jail. The lessons here are that if a candidate is too good to be true, than they probably are and it's a good idea to do background checks too."

What keeps your success going?
"It may sound corny or cliché but I feel I have been called to this work. Becoming a successful real estate investor allowed me to give back to my church and lead a life that could bless others. And now with the extraordinary success of Freedom Mentor, it has become clear to me that this is exactly where I am supposed to be. I am doing it to serve others; it drives me to always reach for the best that is in me and not to ever get complacent or lazy. Each new day brings new challenges to tackle and I feel deeply responsible for doing whatever I can to be more productive, and to help more people reach success."

The sound principals Phil Pustejovsky operates on are obviously a testament to his faith but also a business savvy which includes surrounding himself with good people and from the initial call, to a written exam right down to a background check are all part of the interview process he puts every applicant through to ensure he makes the right decision on which individuals he is going to mentor.