"The great advantage of a hotel is that it is a refuge from home life," said George Bernard Shaw. And one great refuge is the Hotel Casa del Mar in Santa Monica. Perfectly located before the sea just steps from the ocean, the hotel was first built in 1926 as a glamorous beach club. At the time, the $2 million price tag was shocking. But the pull-out-all-the-stops Italian Revival-Style club contained hand-painted ceilings, brass fixtures, Oriental rugs -- all the trimmings to make a very swanky place.

After changing hands several times, the beachfront hotel underwent a colossal renovation and was restored to its original glory. The 129 guest rooms and suites now feel elegant, beachy and chic. Imagine a soothing blue and cream palate, ivory sateen drapes, crisp white linens and high ceilings. Many of the rooms have panoramic views of the Pacific coastline from Palos Verdes to Malibu. The decadent walnut four-poster beds and chenille throws add to the luxury.

Not to be missed are the hotel's restaurants, Catch and Terrazza which face the sea. With dramatic floor-to-ceiling windows they are ideal for watching the sunset. In fact, noted designer Michael Smith, who worked with the Obamas to redecorate the Oval Office and their private quarters lent his magic to Terrazza and the Casa del Mar lobby. The Italian-inspired Terrazza is adorned with sage green and aqua tiles imported from Europe, rattan ceiling fans, fetching glass sconces, wicker chairs, turquoise printed cushions and hand-carved wood tables. And the lobby, which offers cozy indoor cabanas, is for lingering. 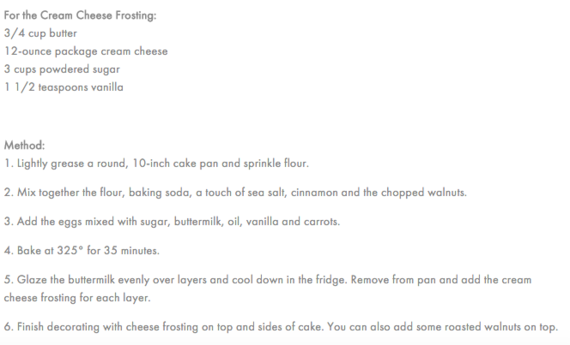 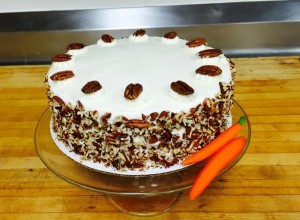 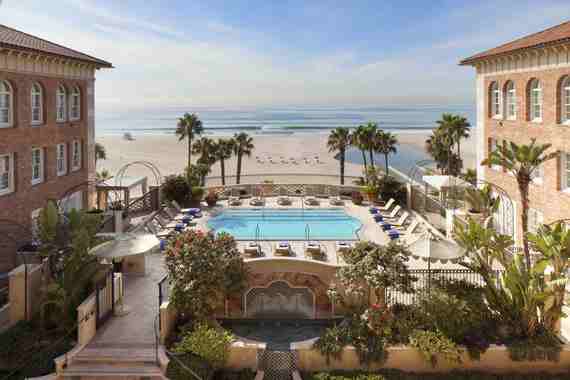 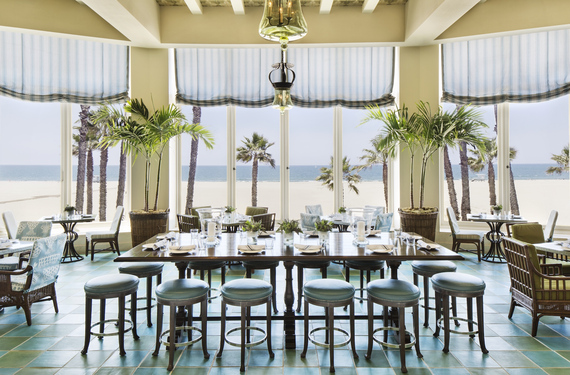 Room with an Ocean View 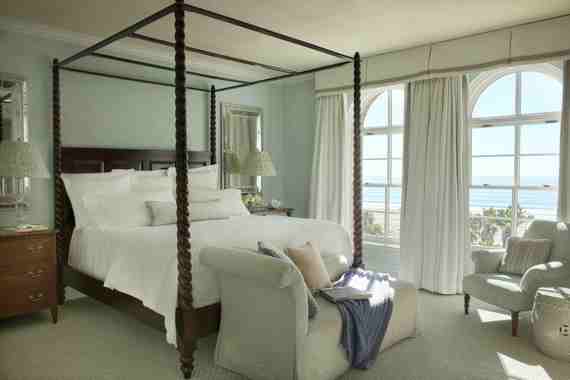 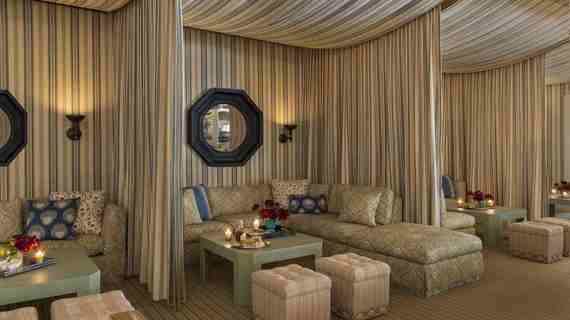 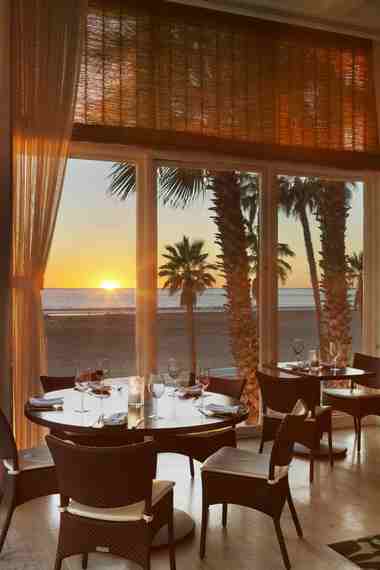