Historic. Unprecedented. Landmark. Also, the world's greatest diplomatic success. A turning point for the world. This is some of the language used to describe the global climate agreement reached this week in Paris. The excitement about this agreement is palpable, for good reason. The Paris Agreement marks a fundamental turning point in the future of the planet, a conscious vote by the world community to acknowledge that climate change represents an "urgent and potentially irreversible threat to human societies and the planet" and to try, finally, to avoid leaving our children and grandchildren with a dangerously changed global climate. 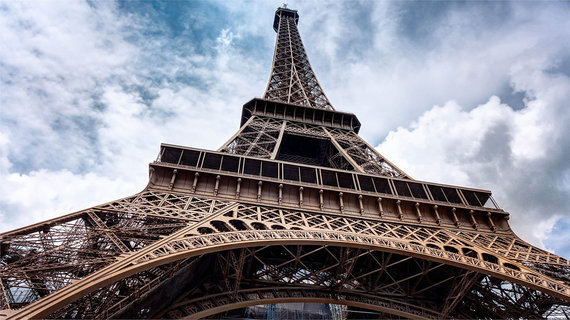 Following the success in Paris, my Twitter and Facebook feeds, emails, and social media posts filled with "glass-half-full and "glass-half-empty" comments from friends and colleagues. Most are hugely excited and optimistic; some wish much more had been accomplished. Despite the acclaim, no one thinks or claims that the agreement is strong enough or by itself will solve the climate problem. National commitments to cut carbon pollution, despite being unprecedented, are still inadequate to meet the targets set and they will have to be reassessed and readjusted over time. Too little money has been committed to help poorer nations adapt to unavoidable climate impacts. Some committed climate activists criticize the failure to set a clear price on carbon emissions or create a global carbon market or adequately protect developing countries that still need to greatly expand their energy use as they transition out of poverty and misery. And the ultimate success of the agreement will depend on how countries implement it moving forward.

But we must not fail to recognize the importance of this cusp in time. A week ago, we were heading blindly and recklessly toward a world with an out-of-control climate. Today, the global community has rejected that world and jointly and unanimously decided to seek a different future.

There will be winners and losers. Among the losers will be those countries and companies that fundamentally rely on the emission of carbon pollution but that are unable to evolve and shift their economic strategies and priorities. Already, we've seen the financial markets punishing the coal industry. Other losers will be oil and gas companies and countries whose economies rely heavily on finding, extracting, and selling fossil fuels. Such shifts have happened before as new technologies replace old ones, but the magnitude of the needed shift away from fossil fuels is larger than anything we've experienced in the past.

The climate denial industry - and it is an industry - also took it on the chin. Like any group that holds beliefs contradicted by science and observed facts, climate deniers have been in decline for some time. While there will always be a hard core set of people stridently unable or unwilling to accept the reality of climate science, that group is getting smaller and becoming more irrelevant as the realities of human-caused climate changes continue to manifest themselves. The agreement in Paris starkly highlighted the marginalization of climate denial.

Among the winners will be new businesses and new efforts to develop and deploy low- or zero-carbon energy technologies. Renewable energy in particular has at last matured to the point that it is a truly viable alternative to fossil fuels economically, socially, and politically. This development alone has made the possibility of an alternative climate future possible.

Strong science, and the role of science-based communication and advocacy, has also been vindicated. Understanding how humans might actually change the climate - the most complex geophysical system on the planet - has required thousands of scientists in dozens of different fields, the most sophisticated computers and mathematical models ever created, and new technologies to collect data and observations from the top of the atmosphere to the bottom of the oceans, from the poles to the equator.

But it also required us to do something we are often uncomfortable or unprepared to do: communicate our findings to the public and policy makers in new, clearer, and compelling ways. For some, the nature of our findings led us to become more active as concerned public citizens, parents, and grandparents in trying to convince politicians to act on ever-strengthening scientific warnings.

The true winners from successful implementation of the Paris Agreement will be our children, grandchildren, and all future generations. The climate is still changing far too fast and in dangerous ways. Tomorrow's climate will still be unlike anything our current civilization grew up with. But we now see a path to a different future and we have taken the first courageous steps along that path. My glass is half-full, with French champagne.

Dr. Gleick is a hydroclimatologist and did some of the earliest work evaluating the impacts of climate changes for water resources. He is a MacArthur Fellow and a member of the US National Academy of Sciences.