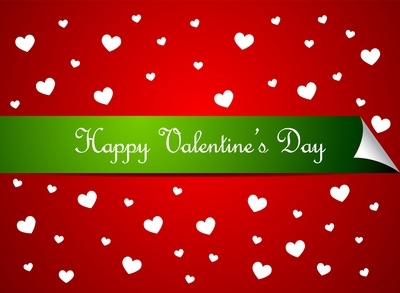 Most people think Valentine's Day was invented by Hallmark Cards. It wasn't. Valentine's Day is actually a well-documented, historical phenomenon -- its tangled roots winding their way through centuries worth of Christian liturgy, pagan tradition, myth, and an occasional beheading.

The most popular account of its origins date back to a temple priest named, not surprisingly, Valentine, a later-to-be-canonized saint who was executed in 270 A.D. by Emperor Claudius II for performing illegal marriage ceremonies on the Roman battlefield. Back then, as the story goes, the military-minded Claudius believed connubial bliss was bad for war and made it illegal for soldiers to wed.

Imprisoned for his battlefield-betrothing ways, Valentine, a man of many talents, supposedly healed the blind daughter of his jailer while incarcerated and, the night before his execution, gave the newly sighted young lass a hand written card signed -- you guessed it -- "From Your Valentine."

And the rest, as they say, is history.

Of course, as in most historical accounts, there is almost an infinite variety of competing legends -- some religious, some pagan, some merely the result of bad translations by poorly educated scribes. According to the Catholic Encyclopedia, there were at least three early Christian saints named Valentine -- each of whom were martyred on February 14th. And to make matters even more Valetiney, the official Roman Catholic roster of saints lists no less than 12 saints named "Valentine."

Indeed, depending on where you live and what you believe, it is possible to celebrate St. Valentine's Day on six different days of the year -- November 3, January 7, July 25, July 6 being four of them. Me? I prefer February 14, not just because it's an American tradition, but because, where I live, February is ridiculously bleak and chocolate keeps my spirits (and blood sugar) high.

It wasn't until the 14th century, however, that Valentine's Day was associated with romantic love. And it was the English poet, Geoffrey Chaucer, who we have to thank for that. Chaucer's poem, Parliament of Foules, was the first ever to link the tradition of courtly love with St. Valentine's day.

Handwritten Valentine's Day cards were the tradition until 1847. That's when Esther Howland, a Mt. Holyoke graduate and budding entrepreneur, got the idea to mass produce them, ordering massive amounts of paper and lace from jolly old England, a country where no less than half the population was in the habit of giving and receiving Valentine's Day cards.

Thirty five hundred miles away, in the not-so-jolly United States, more than 190 million Valentine's Day cards are given each year -- and, if you count the number of cards school children give each other, that number skyrockets to one billion. With US citizens spending approximately $13.1 billion on Valentine's Day gifts each year, it's fair to say this love-themed holiday may be just as good for the economy as war is.

Fortunately, you don't have to be martyred, heal your daughter's jailer, or recite Chaucer's poetry to celebrate your loved ones this year. In addition to sending chocolate, roses, jewelry and cards, you can also send something digital, more specifically, the 5:23 video conveniently located, not in jail or a Roman battlefield, but two inches down the page, a gift from yours truly and his composer/arranger collaborator, Stuart Hoffman -- a slide show featuring 23 inspired quotes on love by a selection of movers and shakers, none of whom, I believe, have ever been beheaded, healed the blind, or performed a single marriage ceremony on a Roman battlefield.

Mitch Ditkoff is a regular contributor to the Huffington Post. He is also is a poet, author, and Co-Founder of Idea Champions, an innovation consulting and training company based in Woodstock, NY. There is no need to send him a Valentine's Day card, chocolate, jewelry, or roses. If you absolutely must express your gratitude for this blog post and video, he requests you make a donation to your favorite charity or his.