"For too long these burlesque girls have been held down on the low rung of the entertainment ladder . . . but no more" declared Dixie Evans, the former Marilyn Monroe of Burlesque. Dixie and I have set out to change the perception of how old-time burlesque is viewed. "It has been left out of the history books." Dixie had been the quintessential beauty that "fell" into a career taking it off. I was privileged enough to interview the octogenarian. She wasn't the oldest. There was 97 year-old Mimi Reed - I should have been a stripper. I would have made a hell of a lot of money; 90 year-old Betty Rowland aka the Ball of Fire who sued Samuel Goldwyn Studios, and 88 year-old Sherry Britton, a stripper who was made an Honorary Brigadier General by FDR.

These were just three former burly girls who knew all too well the slights leveled at them because they shook their pasties for a living. "We'd get humiliated at Saks," Dixie said. "They meant to put you down."

The Golden Age of burlesque was the '30s and '40s. It was a big, gaudy, humorous show, a cousin to vaudeville "with a little more spice," which meant stripping.

I shot a documentary on the subject; sponsored a reunion of former performers; wrote a book, and collected mounds of memorabilia. I've become an "expert" on a field I assumed was a strip show with second rate performers grinding in seedy theatres for men with popcorn buckets over their laps (well, that was true).

It was a huge industry in America. Picture this: thousands of artists laboring 4 times a day, 6 days a week, month after month for years - to packed houses. Performers enjoyed long careers on the circuit, earned a decent living, raised families and were content to be someone in burlesque.

While Broadway shows became too expensive to produce during the Great Depression burlesque thrived, for pennies one could fall into a burlesque show and forget one's troubles and laugh.

Most names are forgotten today, like Stinky & Shorty, Peanut Bohn and Kitty West. And it was more than just strippers.

There were the straight men, like Robert Alda, who supported the comics. Alda was known officially as the "tit singer" presumably because he sang while the girls wore very little. There were the famous comedy teams like Weber and Fields, Abbott and Costello. There was "Cheese n' Crackers" Hagan who got his name because instead of swearing he said '"cheese and crackers." There were the novelty acts such as harmonica players and hand-balancers like Renny von Muchow, one-half of a team of hunks that worked steadily for 25 years.

There were the chorus girls and talking women, who performed with the comedians. And of course there were the strippers, many who peeled creatively such as Blaze Starr who rigged smoke to come out of the chaise she disrobed from. Some ecdysiasts worked with animals, oyster shells, swings, or like Lili St. Cyr a see-through bathtub. Many had accidents including falling off the stage.

The removing of just how many clothes depended on venue and performer, but was still tame by today's standards. Some of the "bad" girls of burlesque like Rose La Rose tried to get away with flashing pubic hair or - more hilariously - fake pubic hair. Beverly Arlynne sewed a piece of fox fur on a g-string and flashed for the farmers in the audience.

Few planned a career in burlesque. Showgirl Helen "Bingo" Bingler got into burlesque to escape a wicked stepmother who knocked her front teeth out with a broom handle. Sherry Britton lived for a year on the streets of New York before seeking refuge in burlesque. Her mostly absent father showed up and complained. "My daughter in burlesque?" She could only stare. "Where were you? What was I supposed to do?" Sunny Dare was stiffed on a show and "had to strip to earn enough money to get home." Candy Barr escaped white slavery to get into burlesque, only to end up enmeshed with Mickey Cohen and Jack Ruby.

Most, but not all of the women, came from tough backgrounds. They were escaping poverty and abuse. With scant opportunities to improve their circumstances burlesque gave these women a chance to transform their lives.

What started out as a "family entertainment" became a rite of passage for high school boys sneaking into theatres. Soldiers filled the seats and wrote fan mail from the battlefield. Women attended and were served tea by the strippers.

Most of the strippers I interviewed said it was a time they looked back on with fondness not regret. Tee Tee Red claimed "that was the good days." Tempest Storm was still shaking her "booty" in her 80s.

There was great camaraderie backstage. Blaze Starr remembered how Val Valentine brought her soup when she was ill. Beverly Arlynne's hands were crippled by rheumatoid arthritis. She never removed her gloves, except one performance, running late she failed to get them on. A man in the audience complained and she was fired without pay. Don Rickles, on the bill that night, bought for her plane ticket home.

Comedians tended to marry the talking women. Lou Costello met his wife who was a pony (the short one in the chorus) in a show. There were high jinks and fun. "We used to get little bottles of 7-Up and fill them up with gin." (Maria Bradley) Comedian Rags Ragland was in a bar-fight defending a stripper. He knocked a guy on the head then returned to finish the show.

The biggest grind of a show wasn't what the strippers were doing, it was the relentless amount of travel, multiple shows in a different city every week, catching trains, throwing wardrobe, sleeping in g-strings.

Not that the performers were all saints, but as former stripper Vicki O'Day noted "there were fewer stripper prostitutes than secretary prostitutes."

Burlesque as it was is no longer. Neo-burlesque troops have exploded around the world keeping alive a tradition of entertainment that has informed everything from The Carol Burnett Show to Saturday Night Live, Katy Perry to Lady Gaga. Burlesque was a wonderful, important part of our American entertainment culture, a heritage that we - and those who toiled in its ranks - can finally be proud of.

Leslie Zemeckis is the author of the new book Behind the Burly Q: The Story of Burlesque in America. 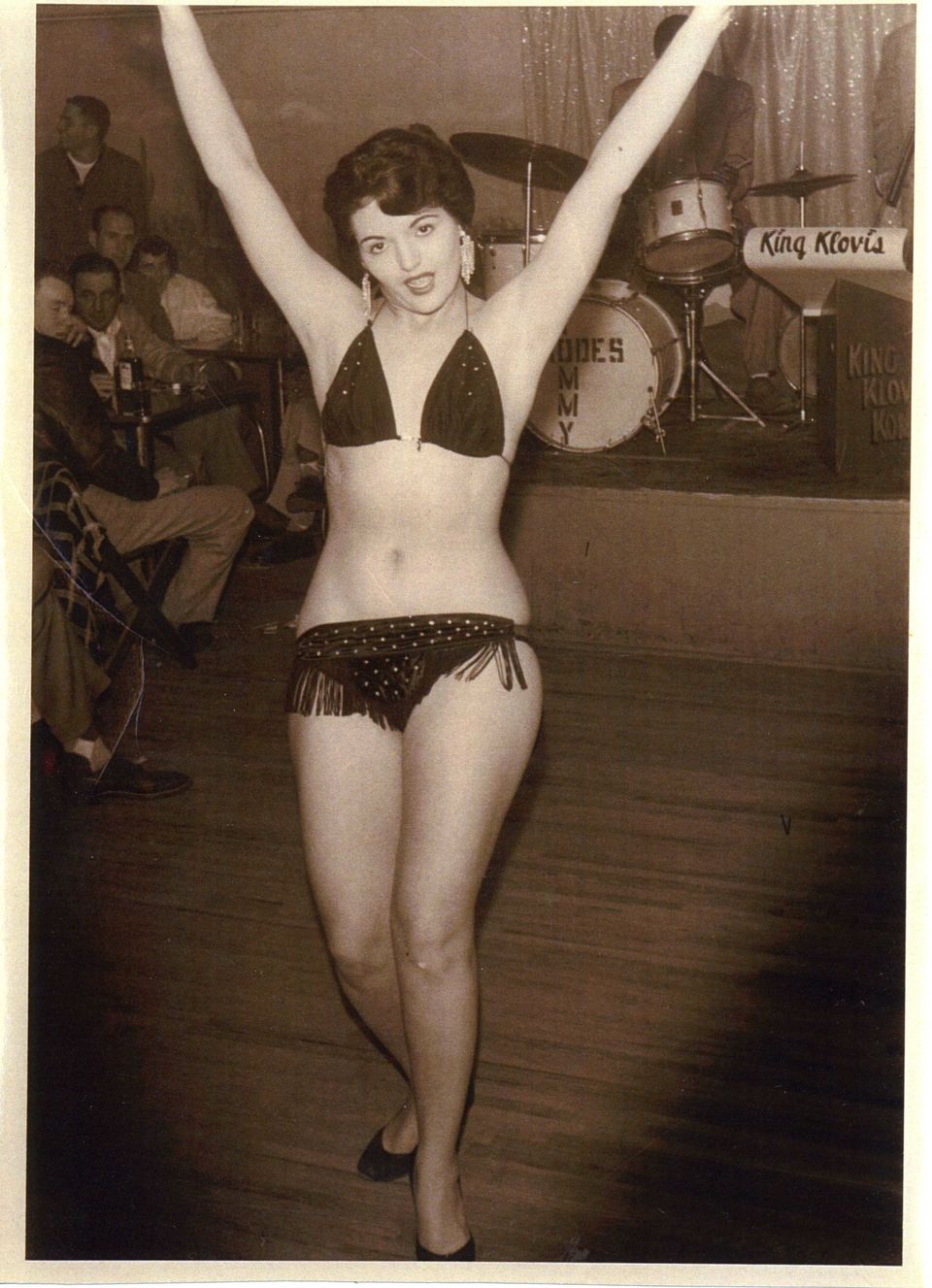