The stick is primal; primordial in the history of man. In Stanley Kubrick's Space Odyssey: 2001, when the hominids at the dawn of man gleaned the potential of a femur bone, a long slender hard implement in the hands of the evolving man-ape became a weapon, an essential survival tool that gave the primitive tribe the power over the water hole and ignited the spark for evolution.

The stick is magic. In the hands of the magician, it becomes a magic wand. Ancient druids used holly for their wands, as holly is the whitest wood, considered sacred by the Greeks and Romans and magicians. The wood of the holly tree created the magic stick, and no wonder we have the magic of Hollywood today.

The stick is a tool, weapon, music, sport. There is nothing ordinary about the ordinary stick.

For the conceptual artist, Georg Herold, the stick became the very source, the keystone of his practice, when one day in 1977, in the classroom of his teacher, Sigmar Polke, at HBFK, the Hochschule für bildende Künste Hamburg (University of Fine Arts Hamburg), Georg Herold screwed a stick to the wall, and it became the flashpoint of his career, the origin of his significant role in the history of conceptual art. He called this piece Präsentation der ersten Latte (Presentation of the first Plank), and Georg Herold himself was aware there was a significant statement in the moment. 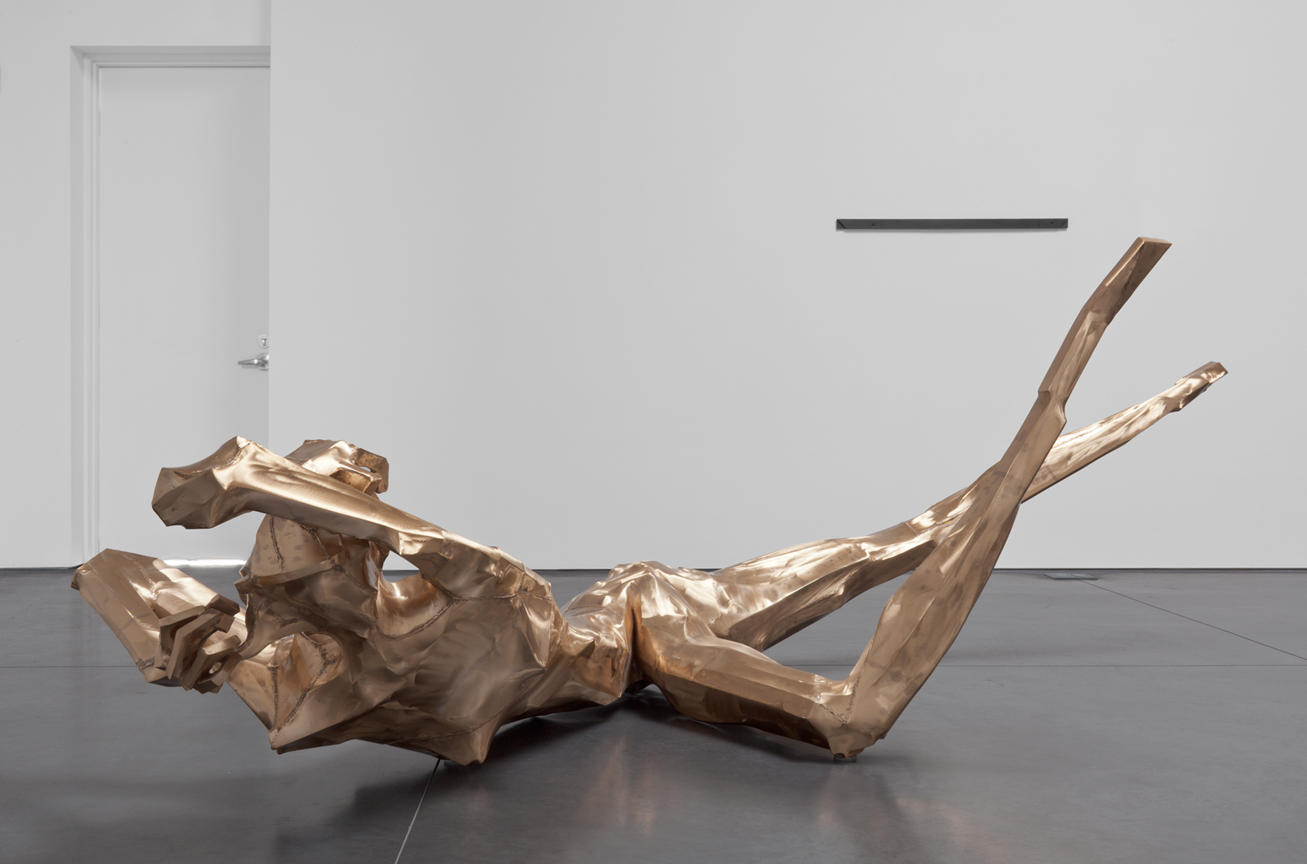 For Georg Herold the sculptural rawness of wood was like charcoal to paper. It allowed him to remain in origin; at the raw beginning of everything. And in its rawness, the plank, the stick of wood, held the power of construction inherent in itself. 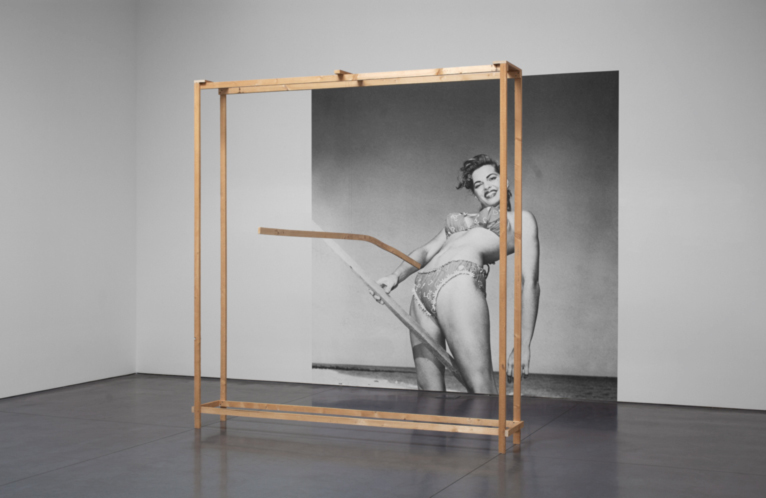 It is this vast bandwidth of meaning inherent in the simplest form of the stick that has always interested Herold. The stick had overtones of power, like the nightsticks used on rioters in the civil rights era, or the lances carried by the knights in a Piero della Francesca painting. The stick also entailed an expression of the erotic, a certain "whorishness" of the plank of roofing wood, which exists primarily to be used in construction. Despite the "heaviness" of these resonances, Herold always holds firm to his own sense of playfulness with his medium and its meaning. It is the openness of interpretation that excites him most. The freedom lies in the moment before definition. For Herold a stick is in the eyes of the beholder. 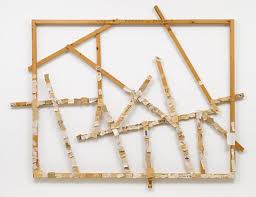 Tracing then the line of time from the first plank affixed to a wall, through the trajectory of Herold's body of work, one can see the progressive evolution leading to his latest brilliant work, the anthropomorphic sculptures now on view in Los Angeles at the Perry Rubenstein Gallery, and also coming to the Dallas Contemporary in the fall.

Georg Herold is the master of the material in the realm of the conceptual. As it all began with a stick, it has never lost its original conception. Herold still constructs his figures out of the same raw wooden planks as he first employed in his early work. The raw wooden planks are bound and tied together, bound into the bondage of the figurative, then covered in wet canvas and sewn together at the seams, until the material dries and shrinks and further binds and pulls and constrains and forces the raw materials into the figurative. They are then lacquered and painted with color, finishing and solidifying the figure. Limited editions of bronze casts are finally made of the individual figures, casting them and forcing them, forever into form. 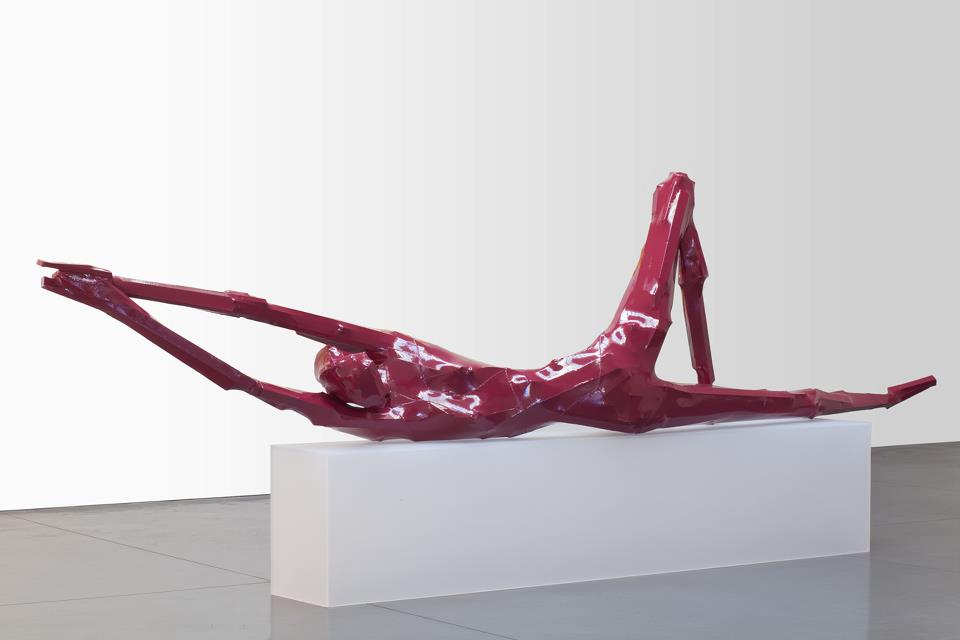 I had a chance to speak to Georg and he described the experience of making his sculptural figures. He spoke of how the figures resisted him; how they struggled and fought back; always somehow reticent to the lover, they attempt to deny and yet yield in submission. It is a process of a battle for domination between the art and the artist. It is the process of creation itself. Always working the balance between resistance and surrender. And for Georg Herold the process is always full of surprises. 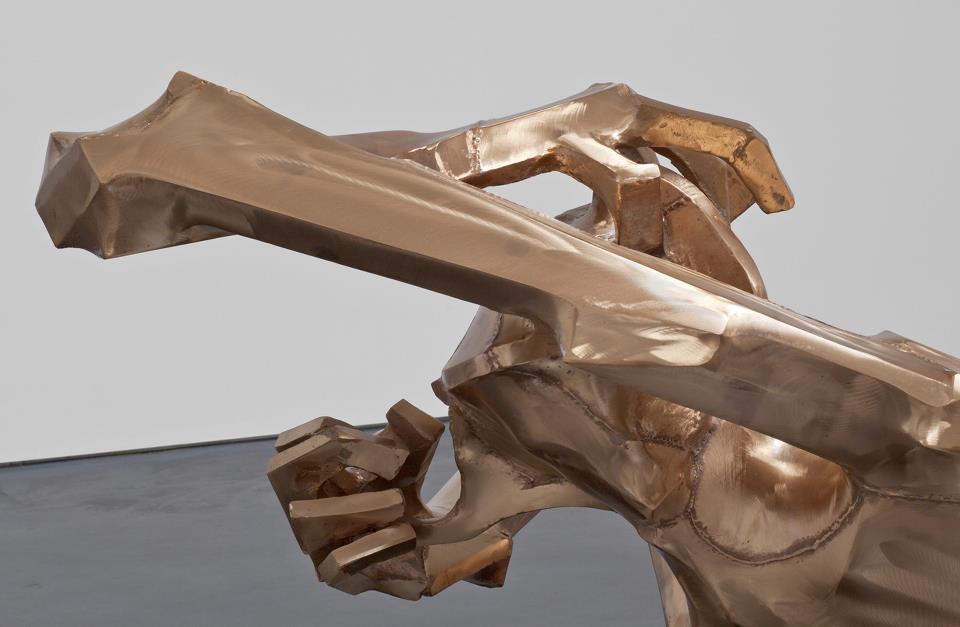 His figures are seductive, and suddenly prudish and demure. They are at once beguiling and suddenly aggressive. And while the figures brazenly show off their alluring quality, they will reveal emerging hard edges and sense of bristling resistance. And there is always a touch of his signature humor in the pieces, in the triangle of Georg Herold's sensibility, swinging like a pendulum, in which meaning and expression are constantly at play and playful. 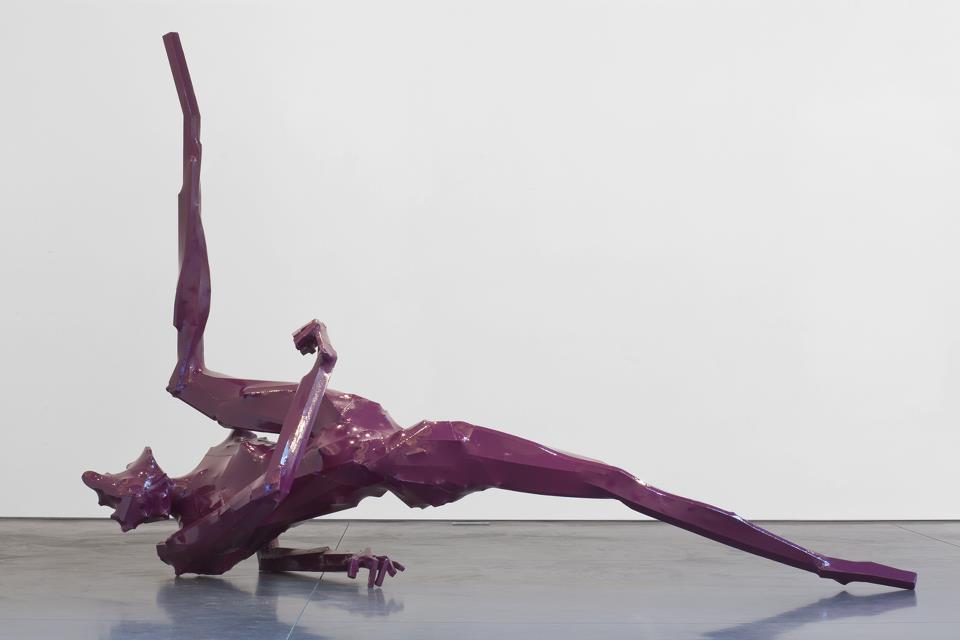 Transformation is the power of Georg Herold's work and his career arc. He is one of several artists being "rediscovered" in the prime of his life and work right now, having never left the playing field. His sculptures embody a vitality and life evident in his own creative practice. Herold's sculptures embody the will of wood to live, to move from of its origin, earthbound and buried, and pull its roots from the ground to rise into freedom, movement and levity like awakening, acrobatic giants.

Herold's figures stretch and pose with unfounded self-confidence, seemingly unaware of their rough constructions, sometimes reaching, sometimes pushing their poses, while trapped in a state of the impossible fulfillment of desire. Much as they might want to, Herold's figures will never be able to move in the way they themselves seem convinced that they can. This inherent tension ultimately enlivens them even more, embodying the impossibility our very own desires and physical limitations, while never losing the references of their origins. Seams are nakedly exposed. The illusion is made and broken in every figure. Much as these sculptures may reach, they are underneath only sticks, raw materials bound by the seduction of the artist into form and expression.

Georg Herold has moved through the decades in continual exceptional practice, drawing the line of influence and mentorship through Sigmar Polke, Joseph Beuys, and Albert Oehlen, to Martin Kippenberger, Christopher Wool, Urs Fischer, and to inspiring artists like Sarah Lucas today. Georg Herold carries the weight of time and continues to excite and influence in the world of conceptual art. 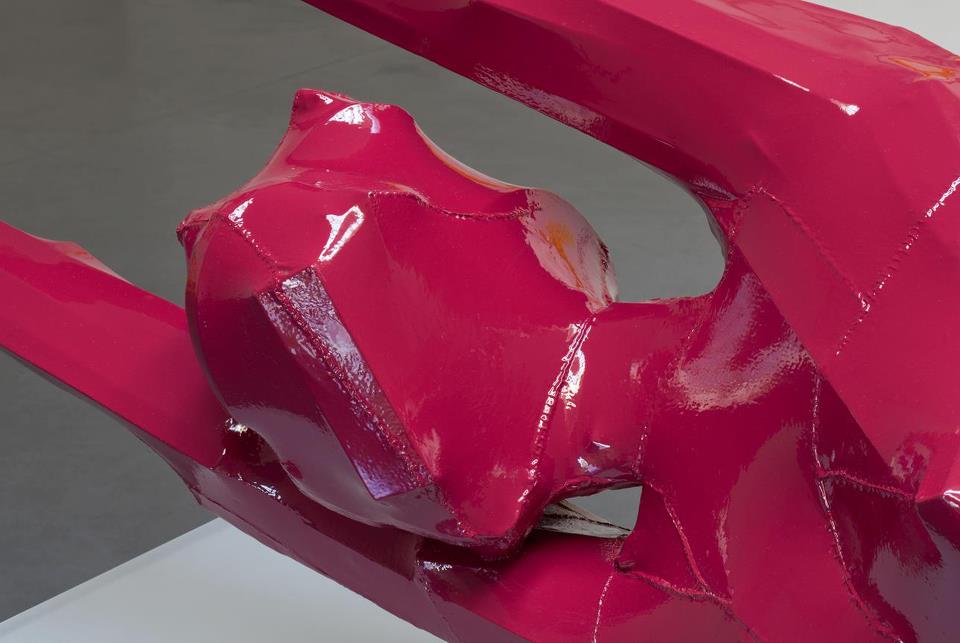 And now, in Hollywood, with Herold's magical use of the stick, the line of time keeps drawing forward, from the first historic stick on the wall, to the current sticks in battle with living form. Material. Creation. Construction. The references are always at play, always swinging in the pendulum between meanings, in the state of pre-definition, and the freedom of the viewer's perception. This is what excites Georg Herold. And this is what makes his latest work, continuing the progression from the very aptly named "first plank" so exciting, and a natural evolution to his rigorous practice and his vibrant and powerful work today.