In a hole in the ground there lived a hobbit ...

Now, more than 70 years after Tolkien first published those words, the hobbit himself, Bilbo Baggins, is set to appear in a third movie inspired by the book. "The Hobbit: The Battle of the Five Armies" picks up where "The Desolation of Smaug" left off. Smaug has left the mountain to wreak havoc on the men of Lake-town, and the dwarves now have the mountain to themselves.

Fans of the book know all about the epic adventures that happen next... or do they? Both of the previous films in the trilogy have been well-received by critics and fans alike, earning favorable ratings on sites like Rotten Tomatoes and hundreds of millions at the box office; however, not all Tolkienites agree with the creative liberties taken by director Peter Jackson in the adaptations.

The core story remains the same, but within it there are changes that have far-reaching implications viewers might not even realize.

Here are 8 major changes in "The Hobbit" movies:

1. Azog is supposed to be dead.

If book fans don't seem to remember Azog the Pale Orc from "The Hobbit," there's a good reason for that. He actually died almost 150 years before the book begins. Thorin's cousin Dáin killed the orc at the Battle of Azanulbizar in the year 2799 T.A. (Third Age). The events of "The Hobbit" take place between 2941 to 2942 T.A.

Azog is a formidable obstacle in the film, but in the book he's mentioned only briefly:

“I did not ‘get hold of it,’ I was given it,” said the wizard. “Your grandfather Thrór was killed, you remember, in the mines of Moria by Azog the Goblin.”
“Curse his name, yes,” said Thorin.

Tolkien also referred to Azog as a goblin, but the author was known to use orc and goblin interchangeably.

Tauriel is an elf that was completely made up for "The Hobbit" movies to "bring some more female energy," according to Entertainment Weekly. The elf, however, has an exponentially bigger impact than vigor.

Legolas, who also wasn't in the original story (as son of Thranduil he could've been present, though), is interested in Tauriel. Unfortunately for him, Kili says an inappropriate pick up line about his trousers, and the lady elf swoons.

3. Bilbo doesn't save the dwarves from the Trolls.

Early in "The Hobbit", the dwarves send Bilbo ahead to investigate a light, which turns out to be three trolls around a fire. In an attempt to steal one of their money purses, Bilbo is caught. Soon the dwarves rush in and are quickly tied up, leaving Bilbo, who the Trolls have forgotten about, to rescue them. Gandalf then mimics the trolls' voices to get them to argue amongst themselves until the sun comes up and kills them.

The trolls were Bilbo's first test in the book, and, despite finding some courage, he pretty much fails. The movie has a much different take on the events. Instead of being a non-factor after the dwarves are caught, Bilbo uses his wits to stall the trolls long enough for Gandalf to crack a rock and expedite the trolls' transformation into stone.

In the book, the ensuing spider scene is actually a huge turning point for meek Bilbo:

Somehow [after] the killing of this giant spider . . . [h]e felt a different person, and much fiercer and bolder in spite of an empty stomach, as he wiped his sword on the grass and put it back into its sheath.

Bilbo's character progresses much more quickly in the movie than in Tolkien's version, even saving Thorin's life early on. Maybe we could owe this to the fact that he looks like a ripe young adult rather than a middle-aged man (in the book, his age is cited as 50).

According to Tolkien, the dwarves escape the elves of Mirkwood in sealed barrels that are delivered to Lake-town by the elves themselves.

The altered open barrel scene in the movie has a major domino effect. After the barrels are eventually stopped at a gate, which is something that doesn't happen in the books, Kili attempts to raise the portcullis and is shot with a poison arrow from an orc. This later leads to the company splitting up in Lake-town as some follow Thorin to the mountain and others stay behind to care for Kili, a huge departure from the book.

The barrel scene continues to change Tolkien's work throughout the second film. Rather than being delivered to Lake-town by elves, the company is forced to get a ride into town by Bard the Bargeman.

In the book, Bard isn't a bargeman. He's actually a bowman and captain of the town archers. Bard has a good relationship with the Master of the town as well, a stark contrast to the rebel bargeman portrayed in the "Desolation of Smaug."

6. Bilbo hears the spiders speak because of the ring.

In "The Desolation of Smaug", there's a distinct moment when Bilbo puts on the ring and understands the spiders in Mirkwood. After taking off the ring, there seems to be a brief lasting effect, and the hobbit hears the spider say, "It stings! It stings!" as he stabs it.

In the book, Bilbo hears the spiders talk when he puts on the ring, but it appears that's just because he was too far away before. After taking off the ring, he later hears them say they'll eat him, leave his bones in a tree and hang him upside down -- y'know, the usual spider stuff.

Fans speculate that the spiders are speaking some form of Black Speech in the movie version. Black Speech is a language used by Sauron's minions, and it can be understood using the power of the ring, as demonstrated by Samwise Gamgee understanding orcs while in possession of the ring in The Return of the King. The use of Black Speech would further emphasize the growing power of the Necromancer (Sauron) in Dol Guldur, where the spiders are said to be coming from, but these events are not in the book.

Bilbo enters the mountain to sneak into Smaug's lair two times in Tolkien's story. The first time he steals a golden cup, and the second time he returns and discovers a bare spot on Smaug's chest. A thrush overhears him telling the news of the weakness to the dwarves and leaves to inform Bard at Lake-town, which is a good thing because the dragon has left the mountain to terrorize the townspeople.

That didn't exactly happen in the movie. The film has Bilbo enter the mountain and discover the Arkenstone while talking with Smaug. Just being near the stone makes Thorin start to lose it. Subsequently, the dwarves are involved in a huge action sequence that leads to Smaug being covered in molten gold. The dragon then leaves to attack Lake-town, whose supposed savior, Bard, was last seen in jail.

Remember that whole episode in the movie with the Necromancer and Radagast? Yeah, that isn't in The Hobbit. Gandalf does go to Dol Guldur and discover Sauron is the Necromancer, but this happens years before the events of the book. At this time, he gets the map to the Lonely Mountain from Thorin's father Thrain. In the extended edition of the movie, Thrain is held captive at Dol Guldur, but in the book he is believed to have died long before the dwarves and Bilbo set off for Erebor.

There was a meeting of the White Council to discuss an attack on Dol Guldur during the events of The Hobbit. This is where the wizard went after leaving the dwarves in the story, but it wasn't mentioned in detail in the book.

Whether you agree with the changes or not, Peter Jackson's films have undeniably brought Tolkien's story to millions. As Jackson closes the final chapter on the massive franchise, it's hard to believe it all started with just a few words.

"The Hobbit: The Battle of the Five Armies" journeys into theaters Wednesday, Dec. 17.

PHOTO GALLERY
"The Hobbit: The Battle Of The Five Armies" - World Premiere

8 Changes In 'The Hobbit' Movies You Didn't Know Were A Huge Deal
"The Hobbit: The Battle Of The Five Armies" - World Premiere 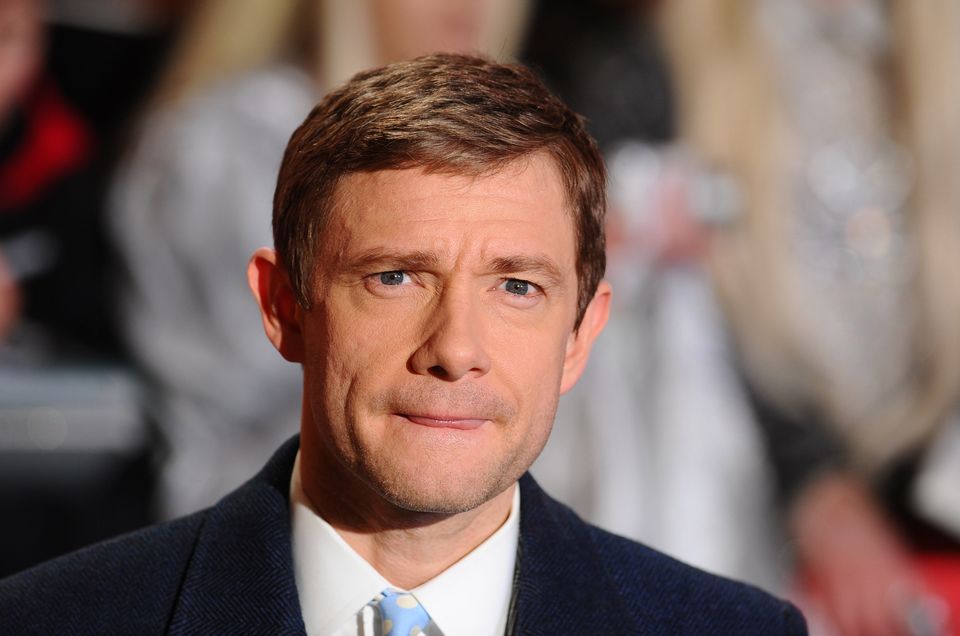