In "The Hobbit or There and Back Again," adapted by Patricia Gray from the novel by J.R.R. Tolkien, directed by Nathan Makaryk for The Maverick Theater, Makaryk's vision of a sedentary, respectable, uneventful life suddenly turned on its head (and then back again) was magnificently reflected in the scenic-, music-, and costume-design.

Perhaps Gandalf's (Brian Page) greatest magical power was to foresee potential for greatness in the most unlikely of characters. He inveigles one Bilbo Baggins (Nick McGee) to accompany (and eventually lead) a band of dwarves - Thorin Oakenshield (Michael J. Keeney), Dwalin (Ryan Young), Bombur (Ryan Coon), Fili (Drew Boudreau), and Kili (Gabriel Robins) - on a mission to retrieve a cache of Dragon-swiped gold. As they proceed deeper and deeper into Wilderland (map provided in the program) they skirmish with - and ultimately prevail over - dastardly elves, trolls, goblins, and spiders. Along the way Bilbo transforms from a nebbishy comfy man into an inadvertent and unlikely, cunning and fearless hero. Showing both that there's no place like home and that, when called upon, ordinary hobbits (and humans) can do extraordinary things, the quest suggests a combination of the maturation process of one Dorothy Gale of Kansas in The Wizard of Oz with the stakes - and lessons - of Saving Private Ryan. 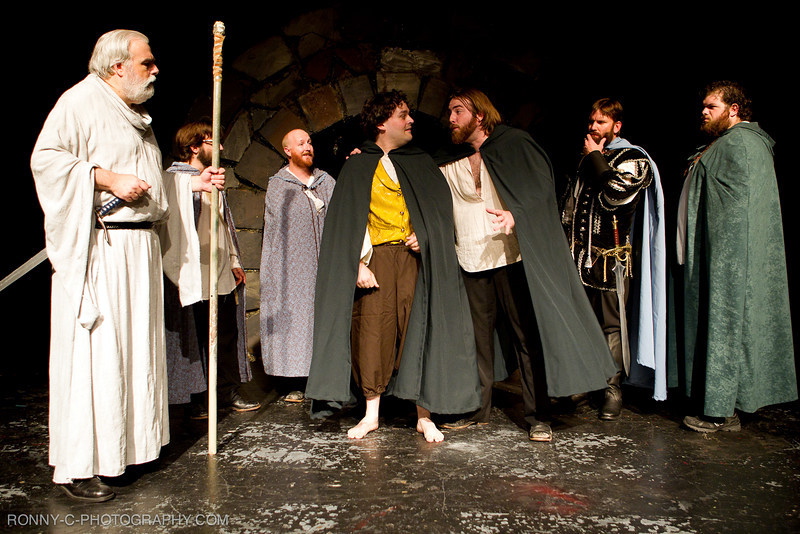 Claustrophobic battle scenes miraculously enacted upon an impossibly small stage belie the soaring trajectory of the saga. Keen lighting references the action beneath mountains, amidst dense forests, and bathes the Storyteller in an eternal glow, for it is a story for the ages. We face off with cleverly conceived, life size puppet-monsters, especially the Dragon, made from characters pretzeled as if playing Twister, with the hat of one of the characters serving as its tongue!

From this penumbra of peril and doom emerge incandescent characters. Kalinda Gray's Storyteller doesn't just narrate the story, she enacts it. Her voice is captivating - to lure us in like a Siren - as well as authoritative - to remind us of the life-and-death-ness of the situation. She seems as much invested in - and enchanted by - the outcome as the audience, so much so that the story seems to emerge from her imagination. Telling the story, she directs the various swells of action with her hands, channeling not just the events but, with tones of voice, facial expressions (eyes closed for both danger and rapture), and hands that seem to both be turning pages of a book as well as directing a symphony, the tone of the production, as well. 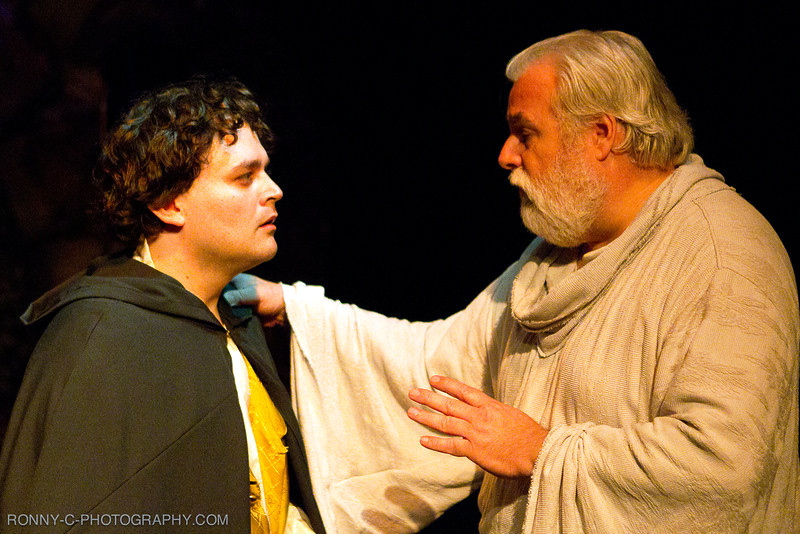 With gestures that begin fussy and end magisterial, McGee's barefoot Bilbo splendidly morphs in stature from comfort-seeking, routine-hamstrung worrywart at the start to fierce, confident, and lethal warrior at the end.

Though the characterization of each threat - Edward Chamberlain as the Elvenking, Scott Keister as the Bard, Jeff Kievet as Galion - was visually and psychologically effective, that of the Gollum (David Chorley) was utterly captivating. Squaring off in a stand up (if he could stand, that is) comedy routine with Bilbo, his tangled mass of arms and legs, his voice like he was talking underwater, and his logic more than slightly askew, made him a character you'd look for under your bed before going to sleep. 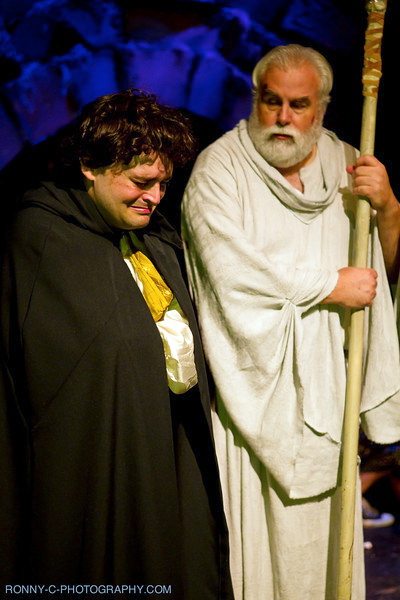 In this production of complacency complicated by circumstance, leavened with improvisation, transformation, and rising to the occasion, lessons are learned, morals are implanted. You realize that The Ancient Ways don't just pertain to heroic tales of lost kingdoms, to odysseys that seek to regain lost kingdoms, birthrights, and treasure, but also to the manner in which they're told: as captivating sagas, with emphasis on setting, action, and characterization, on starting points, adventures, and happy-ever-afters. From the imagination made third-dimensional, right before your eyes. Something you'd never get from reading it on a goddamn Kindle.

Performances are 8pm, Friday and Saturday, 3pm, Saturday. The show runs until September 19. Tickets are $10-20. The Theater is located at 110 E. Walnut Avenue, Fullerton. For more information call (714) 526-7070 or visit www.mavericktheater.com. 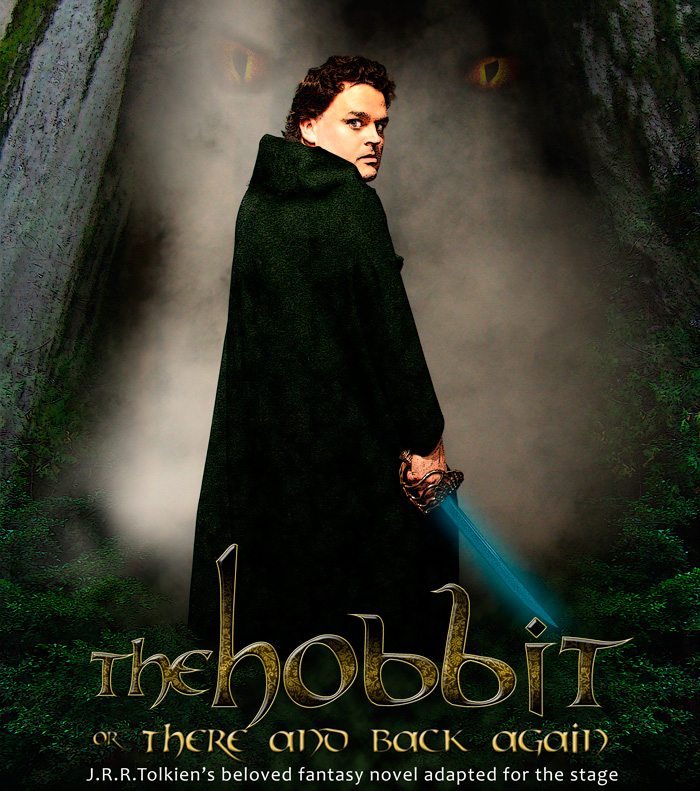