Some ten years ago, I had an opportunity to hear newly elected Governor Lingle speak to a large audience at a Hawaii Chamber of Commerce luncheon. There were hundreds of business people in the room and the Governor spoke entirely about the homeless problem. I wondered why she would focus so much on that topic to the exclusion of the many business topics she might have chosen.

Of course, in thinking about it, it was obvious that homelessness is a business topic - because of the costs associated with the many consequences of homelessness and because of the lost opportunities for productive contributions that these troubled lives represent. 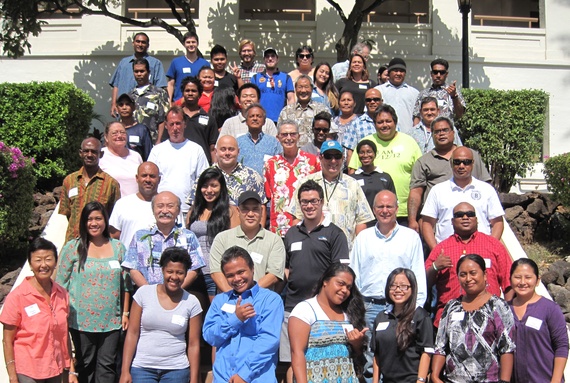 Our Hogan Program's motto is "doing business things that make social sense and doing social things that make business sense." And we operate within a Catholic university with a strong Marianist mission of service to the community. It was time for our students to become engaged in making some modest contributions to helping the homeless.

We developed a small booklet telling business people of the advantages to hiring those who are homeless and sent it to more than 1100 businesses. We also went to the beaches and invited homeless people in for a day of training on how to handle themselves in job interviews. Our students worked with them to develop their résumés (with pictures) and we then gave all of the participants copies to take with them. We also sent their résumés to hundreds of businesses. Many found jobs.

Now, some nine years later, we have just wrapped up the 2013 "Training the Homeless Workshop." Some 26 homeless participants were taught job interview techniques by Chaminade MBA graduate Dallas Walker, Operations Manager at Waikiki Health and were coached by thirteen Hogan student volunteers and five others in developing their resumes. All participants also received donated clothing and food coupons.

Some will find jobs and we will try to help in that effort. And all will feel better about their preparation for doing so and the dignity of being seriously treated as productive candidates for work. Just as importantly, the Hogan students who worked with them will have a sense of pride in the modest role they may have played in helping them try to "get started again." Our hope is that these students will continue to make the effort to help address this issue long after they may have graduated and moved on to building their own careers.