This spring, TV viewers waged a battle for gender equality against one of the big networks and won. The grassroots victory -- which says a lot about Hollywood and social media -- was sealed this week.

It didn't get the attention given to diversity at the Oscars or the mess surrounding Kelly Ripa at ABC, but it was significant nonetheless.

The victory was the cancellation of Castle. And the reason behind it is striking: fans who care about gender equality demanded it. 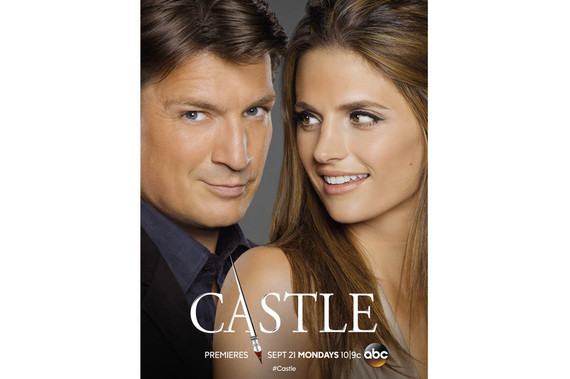 Here's the story, in a nutshell: The show is about writer Rick Castle, played by Nathan Fillion, and police officer Kate Beckett, played by Stana Katic. After eight seasons, ABC announced that the show was firing Katic and Tamala Jones, the only other female cast member who has been there all eight seasons and plays a crime fighter (the medical examiner). The reason given publicly was that the show needed to save money. The male actors who play crime fighters -- Fillion and two others who play police officers -- were all given new contracts.

Fans launched an uproar. To some outsiders, it seemed like a sentimental desire to hold onto a very well drawn out love story between Castle and Beckett. But to those of us in the know, it was a shocking, sexist move by a show that has long embodied the opposite sensibility.

Gender equality on TV is rare. A show equally committed to showing three-dimensional, believable men and women stands out. (Perhaps that's why Hillary Clinton watches it.)

In a section of my book, All In, I write about the importance of pop culture images and how they affect real-life laws, policies, and stigmas. This matters. I've also praised Castle in the media for its strong depiction of fatherhood.

Various entertainment media reported that the real reason for Katic's firing was that Fillion can't stand her. If that's accurate, it's perhaps even more sexist. A male star demands it, so the female star is gone? And this did not explain Jones' firing.

Kelsey Trainor, a graduating law school student in Philadelphia, created a community post on Buzzfeed calling this "a tale of expendable women in the workplace."

I tweeted about all this, and the responses and retweets quickly took off.

It's as if Friends had said "There will be season 11, but Monica, Phoebe & Rachel must die so we can save $." #Caskett #CancelCASTLE

There are other female characters on the show -- Castle's mother and daughter, and a new character who was introduced this season. But even if these characters took on larger roles, or new women came along, the message would still have been sexist: women, and only women, are replaceable.

The reports were widespread that Castle was likely to be renewed. And the announcements about who was fired and who was signed made it clear the network was unlikely to cancel.

But the uproar changed that, and ABC reversed course. It announced that Castle would be cancelled. "Holy, backlash," TVLine said, citing the "firestorm" that erupted after Katic's ouster.

The show had shot a very brief just-in-case scene in the can in which everything works out happily ever after for Castle and Beckett. It tacked this on to the end of the episode, but in a strange way.

It could have worked smoothly. The central conflict that has hung over the season (and, in a way, the entire series) has been resolved, so the show could have transitioned to the flash forward. Instead, the show kept what would have been the cliffhanger -- a character presumed dead walks in and shoots both Castle and Beckett; Beckett shoots him. Then it cut to the happily ever after scene.

Castle might as well have just run a slate with the words, "Don't worry about that, everything works out great."

But fortunately, given the options, the real-life conflict surrounding Castle came to the best ending it could have. Sooner an end to the show than a sexist continuation.

Yes, this is not the most important gender equality battle in America. Trust me, I know.

But in the fight for gender equality, it's important to celebrate successes when they happen. This was one. There's no doubt that TV producers took notice. This experience has sent a strong and important message to Hollywood.