Ann Coulter, the self-described "conservative Christian" right-wing talking head, is much on my mind as I contemplate the horrifying images that came out of Washington from the Holocaust Museum, where white supremacist James von Brunn opened fire in an attempted mass-murder of Jews. His killing spree was cut short by security guard Stephen Tyrone Jones who put himself in the line of fire and died so others might live.

I am remembering an October 2007 segment of the Donny Deutsch Show where Coulter asserted that America would be better off if everyone was Christian and that "the Jews" merely needed to be "perfected" through conversion.

Coulter has made her fortune by generating, fanning, and nurturing hatred and contempt for a variety of people, including liberals, Democrats, gays, foreign nationals, 9/11 widows, feminists, single mothers, Muslims, and any other group she could throw to her readership as shark bait in order to feed their feeling of disenfranchisement from a society they fear is spinning out of their control and leaving them behind.

To Coulter, referring to Jews as "imperfect" on a talk show hosted by an observant Jewish host must have seemed like just another day at the office. She shook her blonde hair and tittered, as though waiting to be found witty, charming, and adorably irascible. Oh Ann, you minx! You're just pushing everyone's buttons, aren't you? Shame on you, you dead-sexy fascist pin-up. Stop teasing. You don't really mean that. I mean, not really, right? Right?

Deutsch, clearly appalled, pointed out that the comment was not only patently absurd, but also hateful. Coulter giggled. A gold crucifix gleamed against her bony clavicle. "No," she said, "it's not hateful at all."

This week, nearly two years later, James von Brunn, driven by his own twisted version of Coulter's publicly-proclaimed perspectives regarding the "imperfection" of Jews, entered the Holocaust Museum in Washington and put them into action, with tragic and deadly consequences.

Much the same thing happened on May 31st when Scott Roeder entered the Reformation Lutheran Church during Sunday services and slaughtered abortion provider Dr. George Tiller. Media analysts continue to explore a possible continuum between Tiller's murder and FOX host Bill O'Reilly's well-documented on-air tirades against the doctor, whom he repeatedly called "Tiller the Baby Killer." O'Reilly broadcast his vendetta to millions and millions of FOX viewers already infected with evangelical superstitions and a horror of science, especially science as it applies to a woman's right to choose.

If O'Reilly had been a serious journalist or broadcaster instead of a sclerotic, chronically-aggravated right-wing rage pimp, he might have had the professional self-awareness or ethical sense to realize that he was putting George Tiller's life in danger over the more than 28 broadcasts in which he used Tiller's name. But O'Reilly, like Rush Limbaugh, Sean Hannity, Michael Savage, and indeed Coulter herself (to name only the gratin of that particular food chain) is neither of those things.

As a group, they are the pop culture equivalent of necrotic carrion beetles, crawling with insectile determination from one infected open wound in the American psyche to another. The wounds include fear of race, fear of foreigners, fear of sexuality, fear of difference, hysterical religious fundamentalism, violent nationalism, and paranoia. They lay their eggs in the infected abrasion, then scuttle away. When the eggs hatch, disgorging rage and discontent, they start counting money.

When challenged on the inherently destructive nature of their enterprise, they invariably claim that their First Amendment right to free speech is being abrogated. Or, like Coulter defensively does in those instances, they cite their place on the New York Times bestseller list. Or the ratings. In other words, since people buy it, watch it, or listen to it in huge numbers, it must have merit, and it must be right.

The difference between John McCain and Sarah Palin became clearest to me in the middle of the campaign last summer.

At a town hall meeting, McCain was confronted by an elderly woman who told McCain that she was a supporter of his because Obama was "an Arab." McCain was clearly uncomfortable, and it was patently obvious why. It had nothing to do with McCain's feelings about Arabs. It had to do with an old-school Republican accidentally moving the rock of his party and coming face to face with what actually lived beneath it. He recognized that the woman was making an unambiguously racist statement about his opponent, and he was mortified to be asked to answer it. Even though McCain famously and horribly bungled his answer ("No ma'am, he isn't. He's a decent family man.") I knew when he meant. He was addressing the intended racial slur and disavowing it, however badly.

In that moment, I felt deeply for my Republican friends who, on some level, must also be experiencing the embarrassment and discontent of recognizing that their party had been hijacked by racists and religious fanatics who derided education and achievement as "elitist."

Sarah "Screw the Political Correctness" Palin, on the other hand, seemed right at home. She marched into those same crowds grinning and winking, and "Yoo betcha-ing" like she was onstage at the Miss Alaska pageant. While her supporters waved watermelon slices and stuffed monkeys, Palin talked about who the "real Americans" were, and who was "palling around with terrorists." She refused to address the blatant racism of her fans, or address the obvious exploitation of Obama's middle name, Hussein, and the implication she herself was making with her "terrorist" comments.

She was, after all, playing to the accurately-named Republican "base," the same crowd to whom George Bush had sold his second presidential term by pandering to their darkest, most cowardly aspect. This time out, it was fear of gay marriage and adoption, carefully tended fear of another 9/11, fear of more fallout from a war they still didn't believe he'd lied about.

One can almost appreciate the horrible honesty of the racists among the McCain-Palin supporters who were able to admit what the others obfuscated: that they didn't want a black man in the White House. Certain videos from their rallies are deeply disturbing. They showcase the seething racism of her most ardent followers.

History has already recorded their obsession with Obama's origins, his religious background, and his citizenship, which remains an obsession among them today.

Obama's citizenship was reportedly also something of an obsession for von Brunn, and likely very much on his mind when he walked into the museum and opened fire to make a statement about what "his" America ought to look like. I have no trouble imagining which radio stations he listened to, or which pundits best represented his baseline political ideology. And why. Even FOX's Shep Smith has said he's disturbed by the escalating virulence and menace of the anti-Obama emails the station is receiving.

There was a time when decency, even honor, was an essential part of the American dialogue in its most ideal form, and part of its very identity. There was a time when our culture would have recoiled in horror at the vituperation flowing unchecked from radios, televisions, and the Internet, instead of applauding it as "common sense," "free speech," or "mavericky," or "a spin-free zone."

There was a time when intellectual honesty was not considered unpatriotic; when compassion for, and understanding of, your fellow man was a sign of strength, not weakness. There was a time when the phrase Have you no shame? meant something, and the First Amendment was not used as toilet paper to wipe up the excremental verbal degradation of vulnerable segments of the American population. A time when it was expected that citizens would understand the difference between free speech and irresponsible speech. Somewhere along the line, a cancerous segment of American popular culture and media cunningly metastasized themselves to the long-standing, honorable American "cowboy" motif and mentality, and recast it in their own image. They grafted cruelty, divisiveness, and ignorance to it, making the two appear indistinguishable, and natural allies. And they are neither, or at least ought not to be.

There is no Environmental Protection Agency to measure hate pollution in national dialogue, and no mechanism in place to warn us when the poisonous rage spewed into the national consciousness by shock-jocks, poisonous television pundits, megachurch leaders, and oh-so-subtle politicians, has reached dangerously toxic levels.

No, there is only the result: widows, orphans, collective grief, and an absolute refusal on the part of our loudest, coarsest voices to take any responsibility for their part in the carnage. 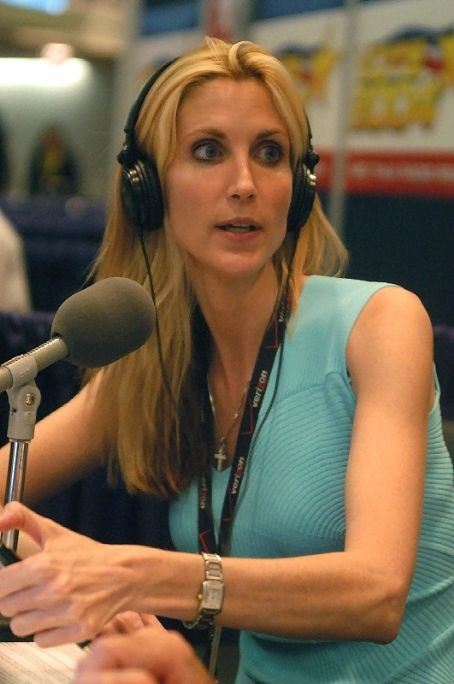