THE HONEYMOON: ARRIVAL IN BORA BORA 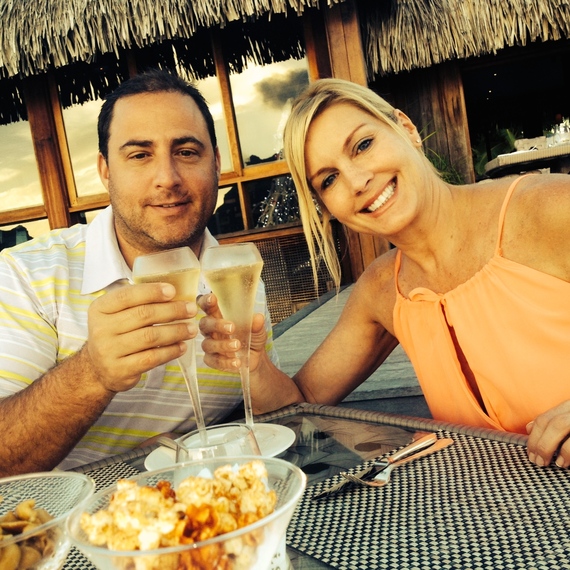 DISCLAIMER:
If you haven't experienced "mom guilt" or know what it is, pat yourself on the back and maybe start your own blog. If you have experienced bouts of mom guilt, please read on.

Let's rewind for a moment -- so just what is "mom guilt?" I'm sure you've experienced it at least once -- it's that familiar pang you get in your stomach when you want to do something for yourself instead of spending 24/7 with your kids -- like getting your nails done, having lunch with the girls, or perhaps even taking a honeymoon? Meow. Hold that sexy thought -- the honeymoon also involves a third grader, a pizza, and many references to Sarah Jessica Parker.

THE SET-UP:
Hands down, the best day ever was when I remarried last summer -- my two daughters and my husband's two sons were the entire wedding party. That rocked. What followed was the anticipation of the best honeymoon ever to Bora Bora! I couldn't believe how euphoric I felt... that is, until I hit "the glitch."

THE WEDDING PARTY: JUST US GIRLS 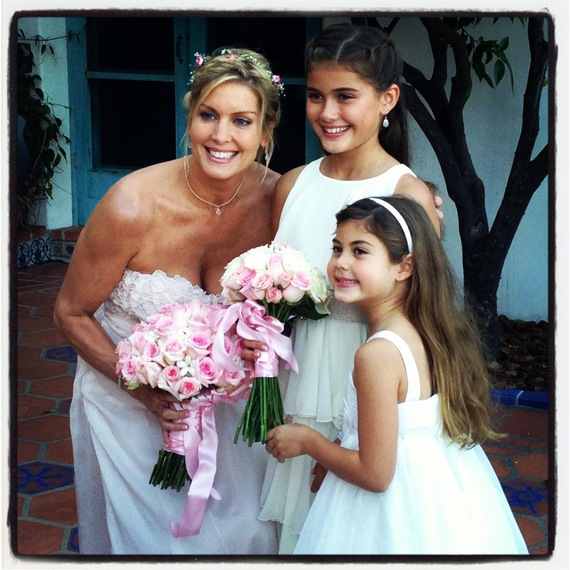 THE GLITCH:
My seven-year-old (she's actually eight, but saying seven slows things down a bit), announced she was having "Heritage Day" at school and parents were REQUIRED TO BE THERE plus bring their families favorite "homemade food." Did I hear that right? Did she say Heritage Day was taking place the morning of our return from our HONEYMOON? Enter mom guilt.

THE DILEMMA:
So I pondered, should I cut our honeymoon short for my daughter's school event where my presence was "required," perhaps missing a day of basking in the sun nude (that's how I pictured it in my head anyway)? And then I came to my senses and thought, "are you freakin' kidding me? It's only third grade!"

THE RUB:
OCD over abandoning my child quickly kicked in as I imagined scenarios in my head such as: my daughter sitting in therapy years later talking about how I went on my honeymoon instead of being there for her at such a tender young age, or how I made her feel guilty because I had to cut my honeymoon short to attend her third grade presentation (don't judge me). Need solution. Fast.

THE SOLUTION:
Suddenly the light bulb went on (here is the Sarah Jessica Parker reference you've undoubtedly been waiting for). I remembered a scene from I Don't Know How She Does It starring Sarah Jessica Parker. It's where she leaves an important meeting to get to her daughter's event and buys an apple pie for the classroom party to pass it off as homemade. I checked my ticket and realized, I may just have time to get to my daughters event AND stop to buy a pizza (homemade pizza is our family food). Thank you, Sarah Jessica Parker!

THE HONEYMOON:
My husband and I left for Bora Bora and I rarely had a thought about my daughter's heritage day -- that is until the flight home. Amazing how one simple thought can undo a week full of relaxation and romance. The kink in my plan? I was landing at 8 a.m. and didn't realize pizza places don't open until 11 a.m. Luckily, I found a pizza place that would open early for me by using my vast communication skills (aka, bribery). Dodged that bullet.

THE PRESENTATION:
I sped to school, quickly parked, transferred the store-bought pizza to a cutting board and covered it with foil. Nice touch. Thank you again Sarah Jessica Parker. Entering the classroom, I was horrified to see my daughter sitting in front of the class surrounded by parents standing around with their arms crossed. Did I mention they were celebrity parents? I mumbled something about being on my honeymoon and quickly realized I had just committed offense number two --most third grade parents don't get remarried or have second honeymoons. Mouth vomit.

THE BUST:
I put the pizza on the table with the other "homemade" foods. My daughter finished her presentation, only to push her way through the other kids to say, "that's not your pizza mom... that's not homemade!" (why are kids so damn perceptive?). Acting stunned I said, "of course it's our family pizza honey, I just used a different sauce." Good one... Sarah Jessica Parker would be proud. And that's when it all fell apart, as I watched my daughter announce to her teacher and the class that the pizza was, indeed, "store-bought" and not "homemade." Note to self: explain what a fib is when we get home.

THE LESSON:
If you watch Disney movies with your kids, you know there is always a lesson. And here was mine -- in years to come, I'm sure my daughter will remember that I tried to pull off a store-bought pizza instead of a homemade one, but I also know she will remember that I was there for her; that I defied the odds to just show up. Whether it's a store bought pie like Sarah Jessica Parker's character tried to pull off in I Don't Know How She Does It, or my store-bought pizza, what really matters to kids is that we just show up. And I did. Whew.

MY DAUGHTER: CAN'T SAY "NO" TO THAT 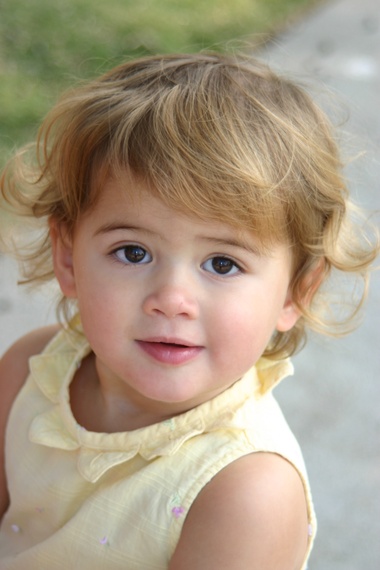