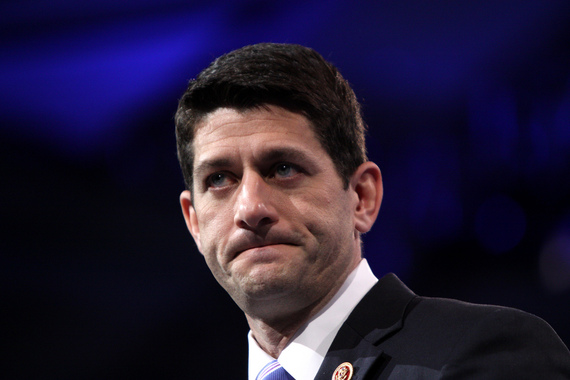 Something amazing is happening in the House of Representatives right now.

Something is actually happening in the House of Representatives.

At about noon today civil rights icon Rep. John Lewis and other Democrats launched a sit-in on the House floor to force Republican leaders to grant a vote on gun-control measures.

Instead of agreeing to a vote, House Speaker Paul Ryan shut off the cameras in the House chamber.

People began flocking to Twitter to express outrage at C-SPAN, but the nonprofit cable broadcaster has no control over the cameras on the House floor.

The fault rests with Speaker Ryan, who decided to literally shut down the debate by cutting the public out.

(If you think this is as outrageous as I do, you can send a message to Ryan's office.)

Representatives are using Twitter and livestreaming apps like Periscope to show what's happening. Unable to provide its usual coverage, C-SPAN has been broadcasting representatives' cellphone feeds (in all their flaws).

The technological workaround isn't lost on viewers or the members of Congress participating in the sit-in. Throughout the afternoon we've heard a mix of speeches and conversations about how to share what's happening with the public as Rep. Scott Peters encouraged other representatives to download Periscope, which was crashing due to the large volume of viewers.

One week after a federal appeals court ruled that Net Neutrality would indeed remain the law of the land, seeing how people are using technology like Twitter and Periscope to get around Ryan's obstructionism is a wonderful reminder of just how important the open internet is.