Malcom Gladwell is spot on with his endorsement of Fareed Zakaria's new book, In Defense of a Liberal Education, saying that: "it couldn't have come at a more valuable moment." The book is jam-packed with food for thought, and no summary can do justice to reading it oneself; however this interview provides a brief overview.

Zakaria's book makes an excellent case for "why" an individual or nation should value a liberal education in 2015, but it leaves some gaps in answering the question of "how," particularly in light of the "elephant in the room" problem that it so clearly identifies: the outrageous cost of the typical college education nowadays. This is in no way a criticism of the book, it achieves its purpose of getting the reader to think; but a fuller discussion of "how" would make for an excellent sequel, which I hope will eventually be written (or at least discussed on an episode of GPS).

One question is what exactly do we mean by a "higher education" in today's world: is it obtainable just between the ages of eighteen to twenty-two or twenty-five, while sitting in rows of chairs in a building made of bricks listening to someone lecture? Or do we have an entire lifetime to keep acquiring knowledge and upgrading skills, not only in a classroom, but also while driving in our cars with audiobooks, or while running on a treadmill as Bill Gates does. If it is the latter, then why has the former become an incredibly expensive, "all or nothing" spectacle where we are somehow led to believe that what happens in those fleeting, often confused, years supposedly determines the rest of our lives?

I took from the book that there are a number of levels at which change will need to occur to address the problems identified in it. One is at a deep structural level, where a system that has allowed universities to morph into glorified "multi-million dollar sports franchises with small educational institutions attached" (quote from the book) will need to be adjusted. This will clearly take some time. In the meantime, what is an individual to do in making decisions with the system so out of balance? Lets take the case of a hypothetical seventeen year old (surely we all know someone at or close to that stage of life). Should we actually encourage him or her to rack up hundreds of thousands of dollars of debt pursuing say an art history degree (I choose this example only because it was referenced in the book) and potentially face a long period of un- or under-employment after graduation, when chances are he or she may, three years into the degree, come to realize the subject wasn't as gratifying as initially thought? (This was my experience with a psychology undergraduate degree) Or could students take courses better aligned with their initial employment prospects after graduation, knowing they could over a lifetime take all the art history courses they wanted from The Great Courses and by travelling to museums with the salary from their first job(s) after graduation? It's interesting to note that with this example, it is not an "either/or" question, but rather one of methods and timeframes of achieving essentially similar objectives.

I also reflected on education as it develops "intellect" and as it develops "wisdom." As part of my undergraduate degree, I read classics of Greek and Roman literature as part of the curriculum, but at that time I had no clue what I was reading or why I was reading it. Maybe I got a little bit at an intellectual level, but not "wisdom." However, with the gaining of more life experience, I now feel I have some grasp of the rich treasures packed in the classics of those civilizations (as with many others), and it leads me to wonder why a "formal education" is only stereotypically assumed to be for those in their late teens and early twenties. Should we not also be thinking about ways to more formally encourage lifelong "wisdom" education for those who are more ready to digest now what may have been too heavy to chew on at an earlier stage of life, especially with the new technologies and means of delivery that don't require one to quit work and spend years sitting in a classroom of bricks? How do we ensure that ongoing conversations drawing on the best collective wisdom of the human race across the ages continues to inform those making the crucial decisions in government, in business, or in our homes, long after the traditional "college years" are over? 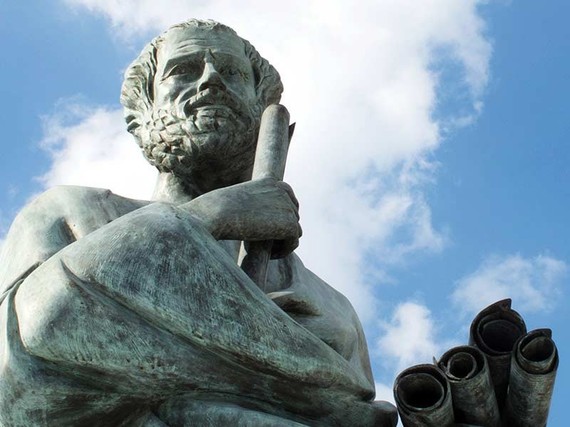 Despite the problems with higher education in the US, there are other places in the world where the situation is downright twisted. One notorious example is Iran, where women are deliberately blocked from studying many subjects, and Baha'is are systematically excluded from access to higher education entirely - even if informally organized in their own living rooms. Thankfully, despite the many problems American education does have, Revolutionary Guards with machine guns breaking into living rooms and arresting teachers and students studying calculus is not one of them.

Education, which historian Will Durant so beautifully described as "the transmission of civilization," is vital for any individual or country and cannot end with graduation. Fortunately as mentioned in the book, many top universities are now making their courses available online and worldwide. I am glad that Fareed Zakaria took the opportunity to write this book and hope these conversations will continue and deepen. The transmission of civilization in the twenty-first century and beyond depends on it.