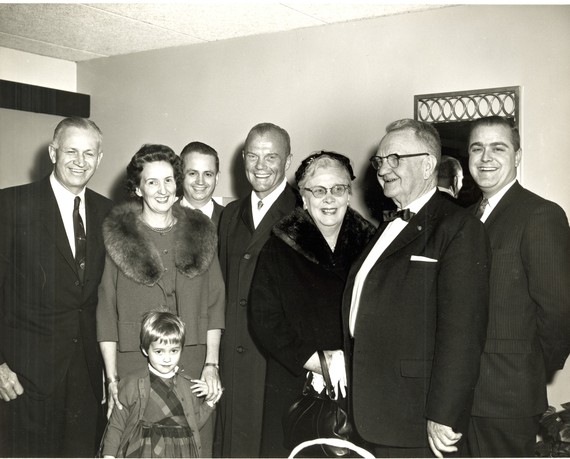 Last week I received an invitation from an associate at Marriott's headquarters to the 25th Anniversary of the Hubble Telescope. I was really interested in this. His wife works for NASA and when he did some digging, he found many references to Marriott and NASA. Here's a question for my blog readers: Did you know that the Twin Bridges Marriott housed the first astronaut selections in 1959?

Marriott and NASA have always had a close relationship, in fact, our hotel business and NASA's space program launched around the same time. The Twin Bridges Marriott opened in 1957, NASA was founded in 1958, and both institutions were in the DC area. Looking back in time a bit further, history shows more ties between my family and aviation. The AW root beer stand was the beginning of our business and was opened on May 20th, 1927, which is the day that Charles Lindbergh made his flight across the Atlantic. My dad met him a few years later and said we both went into business the same day but you got all the publicity. 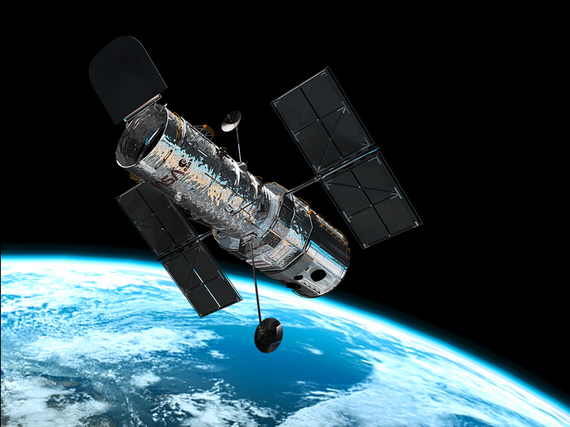 This month, NASA is celebrating the 25th Anniversary of the Hubble Telescope, which changed the way we understand the universe while inspiring our generation and generations to come to see the world differently. Basically, Hubble has "traveled brilliantly" for more than 25 years and over 3 billion miles.

Everything will come full circle when the Hubble Astronauts stay at Marriott hotels in the DC area again for this celebration. I guess our tie to those who have an eye for innovative travel is more than global, but even intergalactic. Who knows, maybe in a few years we will have a hotel in outer space?

I'm Bill Marriott and thanks for helping me keep Marriott on the move.

This blog first appeared on blogs.marriott.com.