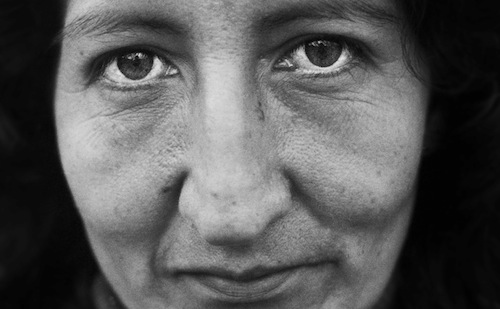 The Preamble to the Universal Declaration of Human Rights, created by the UN in 1948 states, "... recognition of the inherent dignity and of the equal and inalienable rights of all members of the human family is the foundation of freedom, justice and peace in the world."

More than 60 years later, there are millions of our brothers and sisters globally who still have to experience even one of those principles in their lives, let alone the ideal combination of all three. And the basic notion of human rights remains a philosophical concept as complicated to wrap our minds around as the sociology of Gemeinschaft und Gesellschaft. Baffled by the name alone? Yeah, me too.

Personally, I have always found cinema to be the best avenue for becoming better educated, and learning about human rights is no exception to that rule. For those of us lucky enough to call NYC home, the upcoming 2011 Human Rights Watch Film Festival at the Film Society of Lincoln Center promises to fill up the rest of June. When I say we are lucky here in the Big Apple, you'll need to watch films like The Team and Familia to realize just how much.

Documentary filmmakers always fill a roomy spot in my heart, because of their ability to bring the world to their audiences, while challenging them to open their minds in the process. It's one thing to watch a fictional film about the homeless crisis in Los Angeles, another to be placed face to face with the real inhabitants of Skid Row, as we are thankfully forced to do in Lost Angels by Thomas Napper. But through the Human Rights Watch FF, it was amazing to discover that even jail sentences for men in Lebanon in 12 Angry Lebanese, or a prison for women in Afghanistan in Love Crimes of Kabul, a family's struggle to make ends meet in Peru in Familia, or post-election violence in Kenya in The Team can all be made into poetic works of art.

The HRWFF will launch on June 16th with a fundraising Benefit Night screening of Larysa Kondracki's The Whistleblower, a thriller based on the true story of a UN peacekeeper's fight for justice in post-war Bosnia, starring Rachel Weisz. On June 25th it will feature Festival Centerpiece Sing Your Song, a cinematic homage to the inspiring life of singer, actor and activist Harry Belafonte by Susanne Rostock. On June 26th there will be a special tribute titled No Boundaries: Tim Hetherington, featuring Hetherington's own Diary and a discussion about the late photographer, filmmaker, journalist and artist, recently slain in Libya, while closing night will feature the NY premiere of Life, Above All, the touching story of Chanda, a girl trying to deal with growing up in a South African township while living with an HIV-positive mother.

While I can guarantee that every single film in the festival is an absolute must-see, I was lucky enough to preview a few that went beyond the classic educational value of documentaries. Digging into my conscience, there they found a place that awakened in me a desire to do more, to help more, to assist in finding a solution that could bring peace -- of mind, heart and soul -- to my fellow humans, those around the world who don't have it as easy as I do.

The HBO Documentary Films' Love Crimes of Kabul allows a candid look inside Afghanistan's Badam Bagh prison, an institution where women accused of "moral crimes" are jailed. Filmmaker Tanaz Eshaghian presents a poignant view of Afghani women who are imprisoned for crimes that run the gamut from having relations with a man before marriage, to murdering their incestuous husband. Kareema, Sabereh, Aleema, Zia, Naseema and the wardens of Badam Bagh are strong, argumentative, charming, beautiful, unafraid and most of all, passionate women. The film will enjoy its US premiere at the festival and is presented in partnership with the Open Society Institute and Tribeca Film Festival.

Distribution company Women Make Movies brings to the festival The Price of Sex, by filmmaker Mimi Chakarova, presented in association with the International Center of Photography. The Emmy-nominated Chakarova is a photojournalist who travels on the trail of the sex trafficking and puts herself in harm's way on more than one occasion. The result of her courageous efforts is a film that shines the light full blast on the dark crimes of sex slavery, particularly those perpetuated on Eastern European women. Traveling throughout the areas of the world that both supply and demand this horrific skin trade, The Price of Sex is a documentary that should make the authorities in Dubai, Turkey and around Eastern Europe very nervous. Filmmaker Chakarova will be presented with the 2011 Nestor Almendros Award for courage in filmmaking during this year's HRWFF.

The film that instead promises to make our very own politicians very uncomfortable is Lost Angels, a slice of life on survival in the alleys of downtown Los Angeles, the area known as Skid Row. Narrated by Catherine Keener, Lost Angels captures the innermost thoughts and publicly lived lives of those whom society has marginalized and made conveniently invisible. It's an engrossing piece of filmmaking, complete with redemption, romance, conflict and a tragic hero figure. Lost Angels is presented in partnership with Picture the Homeless.

The Team is another survival story featuring a tragic hero, though not one I am going to give away in this piece, one you will have to discover through watching the film. This intense film on the making of a TV soap opera in post-election violence-ridden Kenya discovers a utopia of sorts within the enthusiasm and well-expressed ideals of Nairobi's youth. The idea to "address the whole society through the mouths of young people, who tend to be the most violent" in this conflict, is genius. But The Team was also among the most disturbing of the films, pointing to the volatility of any situation in the world today.

Finally, I'll leave you with a tease about the powerful Familia, by Mikael Wiström and Alberto Herskovits. This filmmaking duo document the journey of a Peruvian family they have known for 35 years. Through their intimate portrayal of the daily struggles of Natividad (Nata), her husband Daniel and their children, we discover the true face of hardship, but also Nata's courage and resilience and her family's unfaltering love and unity. Familia is dedicated to all the women who are prevented from entering the EU to provide a better life for their families and is presented in partnership with Cinema Tropical and El Museo del Barrio.

Perhaps what I took away from the films are answers to some very personal questions: Is democracy always great, at any cost? Was Janis Joplin right when she sang "Freedom's just another word for nothing left to lose"? And just what constitutes real "human rights" for you and for me? I hope you too will find your own answers, within these beautiful films.

The Human Rights Watch Film Festival is co-presented with The Film Society of Lincoln Center and runs from June 16th to the 30th at the Walter Reade Theater in NYC.

Top image from Familia, used with permission of the filmmakers and HRW.