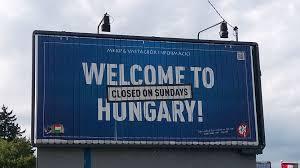 It was supposed to be Viktor Orbán's masterstroke: a referendum on the EU quota plan for refugees. Last year he had already laid the groundwork by using the "invasion" of "migrants" into Hungary to create an Islamophobic frenzy in his own country and challenge German Chancellor in the European Union - by cramping thousands of refugees in Keleti Station in downtown Budapest as refugee centers in the outskirts of the city stood largely empty. This year a referendum on the ill-fated EU quota plan was supposed to kill two birds with one stone: the EU's "pro-multicultural" policies and the Movement for a Better Hungary, better known as Jobbik, Orbán's biggest electoral competitor.

The plan seemed both simple and perfect. Just like Greek premier Alexis Tsipras had done in July 2015, Orbán chose an unpopular, but by and large no longer relevant, EU plan to increase domestic support and use that to challenge the EU. The referendum made the prime minister the personification of the state, leaving no space for domestic opposition. After all, anyone who opposed the referendum supported not just "multiculturalism" but also the EU over the own "nation". Both would be electoral suicide for Jobbik, which is supposed to be the real radical right party in Hungary - but is increasingly outflanked by Orbán's Fidesz party.

Over the past months the Fidesz government spent millions to make sure that Hungarians were terrified of "migrants" - Orbán refuses to consider them as refugees - by a state-sponsored fear-mongering campaign of billboards and mailed propaganda that made bogus claims about no-go zones, sexual assaults, and terrorism in Western Europe. The increasingly streamlined media enthusiastically joined, having been made fully dependent upon state sponsoring. Even earlier today, as it became clear that turnout was going to be low, state television interviewed a "migrant" in Belgrade who said he was expecting "good news" from Hungary soon - a not very subtly hint that a defeat of the referendum would mean another "invasion" of (Muslim) migrants.

However, this time the skilled populist had misread his people. As polls had been indicating throughout the day, the referendum did not meet the required 50 percent turnout. Even though almost all voters rejected the EU quota plan (98 percent), as had been widely expected, less than 40 percent of Hungarians electorate came out to give a valid vote. Not completely surprising, as even the referendum on EU and NATO membership didn't have a turnout of 50 percent.

Obviously, the Hungarian government is going to emphasize the percentage of people who voted nem (no), but let there be no mistake, this is a clear defeat. Orbán has been emphasizing that the EU refugee policies are an existential and urgent threat to Europe and Hungary. He has thrown his whole illiberal state apparatus behind the campaign. And, still, only a minority of Hungarians bothered to come out and vote.

How should we interpret the outcome of this much-anticipated referendum? Obviously, it doesn't mean that the majority of Hungarians now supports the EU quota policy or is open to refugees and migrants. All polls show that Hungarians are among the most prejudiced people in the EU (generally only beaten by the Greeks). Like most European elections and referendums, this was mostly a (non-) vote on domestic politics. A large part of people who oppose refugees showed that they oppose Orbán even more. They didn't want to strengthen his hand, even if it could help keep "Hungary for the Hungarians."

While only a minor victory, given that the EU quota plan was already outdated before the Hungarian referendum was even held (another similarity with Tsipras' 2015 referendum), it is an important opportunity for liberal democrats in Hungary and the European Union to finally develop a constructive and coordinated alternative to Orbán's illiberal democracy. Hungary's leader might be a master in exciting and expressing widespread prejudices, he is as vulnerable to overreach and popular dissatisfaction as other politicians. But without serious opposition, he will remain unchallenged, even in the wake of defeats.