The road to Nega Nega is lined with sugarcane, and the air smells like molasses. In this sweet-smelling village in southern Zambia, a remarkable thing is happening.

Malaria is on the run.

Nurse Given Kasanga and 11 members of the local health committee are working together to banish malaria from their community. Given, a gentle man with an infectious smile, leads the effort for the village. The health committee members are a special force of volunteers who hand out bednets, get rid of standing water that could attract mosquitos, and partner with Given to get people tested and treated for the disease.

"Our intention," says volunteer Mwenda Machiha, "is to finish malaria."

Their efforts are making a lasting difference: Nega Nega is almost clear of malaria. In fact, across Zambia's southern province, malaria cases have plummeted since the government, PATH, local health workers, and community volunteers joined forces. The rate was cut in half in just two years.

In hundreds of Zambian villages, people passionate, dedicated and brave have stepped up to help this extraordinary effort. Teachers, ministers and traditional chiefs urge families to protect their children. Volunteer health workers walk long days to test and treat every single person in a village. Children of all ages hold out their fingers for the prick of the malaria test (and try not to cry). So many people coming together to control their destiny is quite a sight.

To truly eliminate malaria, the cycle of transmission from humans to mosquitos and back again has to stop. So, with the support of PATH's Malaria Control and Elimination Partnership in Africa, Given trained his volunteers to become malaria hunters, tracking down anyone who may have been exposed to the disease. These people can harbor hidden malaria parasites in their bodies even if they don't have symptoms. All it takes is one mosquito bite to spread the parasite on.

The biggest concern now is the seasonal workers who come to Nega Nega to cut the sugar cane. They bring the threat of malaria with them. And villagers can still contract malaria when they travel to places where the disease has yet to be tamed.

Places like Chipepo, which lies to the south on lovely Lake Kariba.

A lake where life could be good

The road to Chipepo is nerve- and bone-wracking. More rock than dirt, deeply rutted and perilously steep. The lakeside village smells like fish, and mosquitos nag in the muggy air.

Weckie Mwene, a teacher at the local school, explains just how bad malaria can be for families and communities. His students come down with the delirious fevers and severe headaches four or five times a year.

"They miss classes," Weckie says. "One boy was trying to write his exams and fainted. They can't graduate."

His own family has suffered deeply. His wife, Mainza, contracted malaria when she was pregnant and miscarried. The loss of potential in this village is enormous.

"I worry so much for my wife and daughter," Weckie says, "because malaria is a deadly disease here."

Malaria efforts are beginning in Chipepo as well. Bednets have been distributed, and health workers will soon be testing and treating people. Weckie is pleased to hear it: "If malaria could be eliminated, life could be good."

To reach the finish line

Back in Nega Nega, life is getting better. Children no longer miss out on school because of malaria, and their parents don't miss work. But until malaria is completely eliminated, our work together is not done. 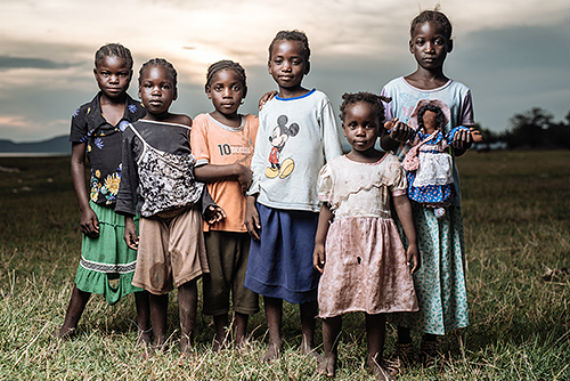 The urgency becomes clear when Given and a volunteer share the story of a boy named Rogan. Two months earlier, the two-year-old traveled with his mother to visit family in a village near Chipepo. Shortly after, he came down with cerebral malaria. When Rogan began convulsing, his mother rushed him to the clinic.

Given takes a deep breath before he shares how he tried to save Rogan. How he couldn't insert an IV because the boy was so dehydrated from vomiting. How he waited four hours for an ambulance to arrive -- too late.

"What I saw with that child dying from malaria," he says, "I don't want anyone else to go through that."

No country in sub-Saharan Africa has eliminated malaria. To reach the finish line, PATH is piloting a number of new approaches. For example, we're working with in places like Chipepo to treat every single person with antimalarial medication in one fell swoop. The antimalarial kills parasites that tests might not detect and prevents new infections for a month. By then at least two generations of mosquitos will live and die, reducing the chance of mosquito-to-human transmission.

Given says with optimism, "I really hope to live to see the day when malaria is at zero in Africa."

With people like Given and thousands of others dedicated to this effort, Zambia -- and all of Africa -- will surely make malaria history.

This post is part of a series produced by The Huffington Post and the NGO alliance InterAction in celebration of #GivingTuesday, which will take place this year (2015) on December 2. The idea behind #GivingTuesday is to kick off the holiday-giving season, in the same way that Black Friday and CyberMonday kick off the holiday-shopping season. We'll be featuring posts from InterAction partners every day this week. To see all the posts in the series, visit here; follow the conversation via #GivingTuesday and learn more here. For more information about InterAction, visit here.