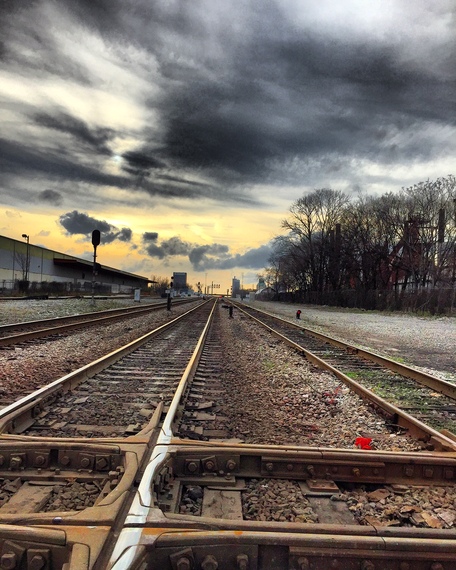 A late night New York City dinner conversation with a friend turned to the firestorm surrounding North Carolina and HB2, otherwise known in the halls of the ridiculous and intolerant as the 'bathroom bill.'

"Don't Republicans support state's rights and less government interference?" asked my friend, who like me, is originally from the Birmingham, Ala. area.

On March 23, 2016 the North Carolina GOP-led state legislature passed HB2, just one month after the city of Charlotte enacted an ordinance that provided protections for members of the LGBTQ community from discrimination.

Why would Republican state leaders who claim to cherish local control snuff out local city or county government decisions?

Logic dictates that Republican state leaders would offer a measure of deference and autonomy to municipal and county policy makers since the Republican mantra loathes meddling by big government.

As Republican North Carolina Governor Pat McCrory told the Greensboro News & Record barely one year before he signed HB2 into law, "As governor I constantly have to fight Washington not to interfere. I think the same philosophy applies to Raleigh interfering with local governments."

In February 2016, Birmingham became the first city in the Deep South to raise its minimum wage to $10.10 an hour.

Alabama is one of five southern states (Louisiana, Mississippi, South Carolina and Tennessee) that have not adopted a higher minimum wage, places where the lowest paid workers still earn the federal floor minimum of just $7.25 an hour.

I spent the next 48 hours after city officials passed the ordinance bragging on Birmingham's morally correct move on social media and to friends here in New York.

And there's little doubt that among Birmingham residents, a city where the poverty rate hovers at around 30 percent, support for the raise was strong.

City officials felt without Congress acting on a national level, it should be up to local governments to make the decision, according to Birmingham's Mayor William Bell.

Mayor Bell told me during a brief phone conversation that individuals impacted by a raised minimum wage would put that extra money right back into the local economy, supporting local businesses and improving livelihoods across the city and its outlying areas.

"They aren't going to go open IRA's or other financial investments; these people need that money to actually live on," said Bell.

But states are granted rights in the Tenth Amendment of the Constitution as separate governing entities. Local governments exist at the discretion of state governments explained David Andersen, Professor, Political Science at Iowa State University.

"Anything a local government does can be overruled by the state government," said Andersen.

So despite gathering storm clouds of scandal, including what could be a blockbuster felony corruption trial of the Republican Alabama House Speaker Mike Hubbard, state leaders acted lickity-split to invalidate Birmingham's move, just two days after the city had made it all official.

State GOP leaders passed a retroactive state law that bars Alabama cities or counties from raising their minimum wage. An estimated 40,000 Birmingham workers wouldn't be getting a raise after all.

Mayor Bell said city officials were very disappointed that the state did what it did.

Critics of the state's hasty smackdown argued that the move made little sense. How could state officials not see the city's move as a matter of economic opportunity and decency?

"I remember when I was a young person, in my first job, I had a minimum wage type job. This may tell you how old I am, but it went from a $1.10 to $1.35. That meant the world to me as a young person in an entry-level job," said Mayor Bell.

It's not just North Carolina and Alabama where states have usurped the will of local municipal or county governments. State legislatures in a few states have not only interfered, they've grown more aggressive about overruling city decisions and ordinances according to Kent E. Portney, professor, The George H. W. Bush School of Government and Public Service at Texas A&M.

Many of those state actions have been retaliatory, even punitive, he says.

For example, in September 2015, the Republican-controlled Missouri State Senate passed legislation that blocked Kansas City and St. Louis from raising their minimum wages. In March 2016, Indiana Republican legislators and the governor banned local municipalities from implementing plastic bag restrictions after the state got wind the city of Bloomington might take the advice of grassroots environmental groups who were pushing for a ban.

Then, there's the May 2015 Texas GOP-led state law that prohibited municipal or county governments from banning or restricting the practice of hydraulic fracturing (fracking) after 59 percent of the voters in the city of Denton passed such a ban.

Luke Metzger, Director of Environment Texas wrote in a May 2015 statement that Rep. Texas Gov. Abbott had succeeded in seizing power away from local governments working to protect citizens from the dangers of dirty drilling.

All of this could of course be the result of changing demographics, politics and polarization.

Over the past twenty years, cities have started to venture into issues they used to avoid. Cities never used to get involved with the minimum wage, environmental protection, climate change, immigration or even civil rights, according to Kent Portney.

"So state legislatures probably are reacting to municipal involvement in these new issues," said Portney.

The caveat is that states are increasingly taking actions to nullify local decisions rather than to prevent them. "It's reactive rather than pre-emptive," said Portney.

"Also there is speculation that there is 'under-representation' of cities in state legislatures especially in light of the fact that cities are now growing faster than suburbs, and then there's the growth in the organized Tea Party and related groups," said Portney.

But as my friend said, as she sipped a glass of red wine, there also appears to be a bulging vein of hypocrisy in all of it, considering the small government Republican mantra.

Brown says that contrary to popular belief, it is not simply the "will of the people," but the will of certain people, primarily business or special interests that subscribe to certain political orientations.

Shifting racial and ethnic demographics pose a great threat to many GOP-led political dynasties, said Brown who adds, it's in the South, where we are witnessing some of the fastest growth of minority-majority cities.

And that brings me back to my Lower East Side dinner conversation with my friend who now lives in Texas.

"Wouldn't you like to be a party and ask Alabama's House Speaker if he supports states' rights and local control? You know he'd say yes, and then you could just pounce," she said.

There was something upsetting at the root of this red wine fueled political discussion. States are the on the ground laboratories of our democracy and they are the places where we live our lives. And it will be in states where our biggest social, environmental and economic battles will continue to play out as progressive and conservative pockets battle to control their own destinies. For now, state governments, particularly those that are GOP-led, are overreaching into people's lives, their choices, their health and their well being.

No issue spells out this embedded hypocrisy of GOP-led state governments more than abortion policy. For the past few years, in addition to trying to make obtaining abortions increasingly difficult, some of those same states are at the same time, trying to limit access to birth control. How is that not government overreach, how is that not an insult to the most local control of all, the ability of an individual to control their own body, to make his or her own choices?

Actions speak louder than words. When GOP state governments use patronizing and arrogant arguments as justification to unravel the wishes of its cities or counties that are trying to make life better or more inclusive, one can't help but smell the scent of hypocrisy.

Why do so many Americans tolerate the smell of hypocrisy?