In a 1965 interview Bob Dylan described the Chinese Bronze Age classic, the I Ching or Book of Change, as "the only thing that is amazingly true, period." The great Chinese philosopher Cheng Yi of the eleventh century agreed: "The I Ching is grand in its scope; it is all-encompassing. To those who contemplate its depth and practice its discipline, the text will provide everything."

This most ancient and powerful of all Chinese classics has deep roots in early magic, in the shamanistic divination practices of the Shang dynasty (second millennium BC). It later grew into a compendium of the Chinese perennial philosophy, providing a rich spiritual resource for men and women from all walks of life. Professor Anthony Yu of Chicago University has recently dubbed it "the Great Code of China for deciphering the meaning of change in natural events or human affairs."

Over the ages this oracular text has helped Chinese Emperors and simple citizens make life decisions and understand the world around them. It has been used by men and women at all levels of Chinese society, from the peasant trudging to the Temple Fair to have his or her fortune told, to the general calculating his next move on the battlefield; from the poet searching for an archetypal image, to the landscape painter depicting man at one with cosmos - a tiny individual reading the I Ching in some remote hermitage, set amidst vast mountains and waterfalls; from the arcane philosopher-alchemist conjuring with potent abstractions, to the skilled traditional physician striving to cure his patients through an understanding of their inner Yin-Yang dynamic. 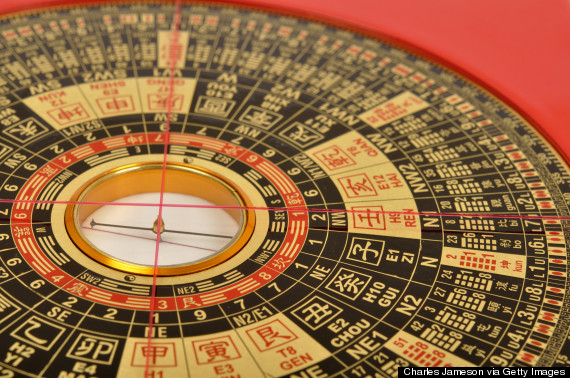 How exactly this strange book "works" remains a mystery. Since earliest times the Chinese have regarded it not as a book, but as Pure Spirit. It is the living repository of the accumulated spiritual insights of countless generations of commentators.

The process of consultation itself is relatively simple and can take place in any humble room. The fall of three coins or of the stalks of the yarrow plant guides the reader directly to one of sixty-four Hexagrams. These six-line diagrams are made up of broken (Yin) and unbroken (Yang) lines. Their structure presents a "scan" of the potential dynamic of the given situation, and of the forces at work within it, while the attached texts analyze that inner dynamic in terms of images and the interplay of Yin and Yang (feminine and masculine, yielding and firm, negative and positive). The advice offered often counsels the individual to live and act with caution and moderation, in accordance with the flow of the underlying situation, thereby avoiding futile conflict and achieving benign harmony. Around the nexus of 64 Hexagrams and the infinite number of Chinese commentaries, whole systems of thought have evolved, from the esoteric to the more plainly strategic and practical. But they all have to do with the central idea of Self Cultivation, the training of the Heart-and-Mind through practices such as yoga, meditation and self-reflection. Self Cultivation through the I Ching enables the individual to attune his or her life to the greater rhythm and resonance of the cosmos -- a hugely ambitious aspiration. But after all, as Dylan and Cheng Yi claimed, the book is "the only thing that is amazingly true, period;" it provides "everything."

And yet while the I Ching is indeed a powerful Spirit, it is also disarmingly modest and down to earth. It promulgates no creed or religion. Much of the oldest part of its text consists of simple popular proverbs and rhymes. So wherein lies its strange power?

Some would say that the power descends from its ancient magical origins. As the Anglo-Chinese novelist Timothy Mo has written, "It is a cable that disappears into the abyss of a darker time. In it the Bronze Age predicts to the Information Age the shadow of what is to come." This may be part of the truth. But as I see it, the key to the efficacy of any I Ching consultation is the extent to which the dialogue between individual and text is imbued with the twin spiritual qualities of Sincerity and Good Faith. The person approaching the oracle must bring to his or her consultation a total honesty, an inner mind free of deceit and delusion. Once this has been achieved, the book acts as a penetrating mirror, a true spiritual friend opening the individual's range of vision to possibilities undreamed of hitherto. It talks back from the deeper mind. often bringing a potent liberation from the static and paralyzing indecisions that render the individual incapable of making creative choices.

As the British scholar and poet Angus Graham once wrote, an I Ching consultation is "a synthesizing act in which the Diviner sees into and responds to everything at once, with a lucidity mysterious to himself." One of the earliest Chinese commentaries The Great Treatise puts it in even more superlative terms: "The I Ching penetrates the Will of the World, its Knowledge of the Springs of Change enables terrestrial endeavors to be accomplished. This Spiritual Entity makes speed without haste, it arrives without traveling."

Since it became a counter-culture classic in the sixties, this ancient text has influenced countless Western thinkers and artists, perhaps most notably the composer John Cage and the novelists Hermann Hesse, Philip Dick and Philip Pullman. It endures as a passport to that elusive Chinese concept, the Tao, as a handbook for living a life in tune with the underlying rhythm of the Universe, in harmony with the deepest levels of one's own consciousness. It guides the reader towards this goal without recourse to any religious belief, free from any taint of sectarianism. It speaks a universal language of nature and balance, of harmony and peace. That is why it is such essential reading in our troubled times.

John Minford is the translator of I Ching: The Essential Translation of the Ancient Chinese Oracle and Book of Wisdom.

Books You'd Recommend To Anyone

Translator of the I Ching